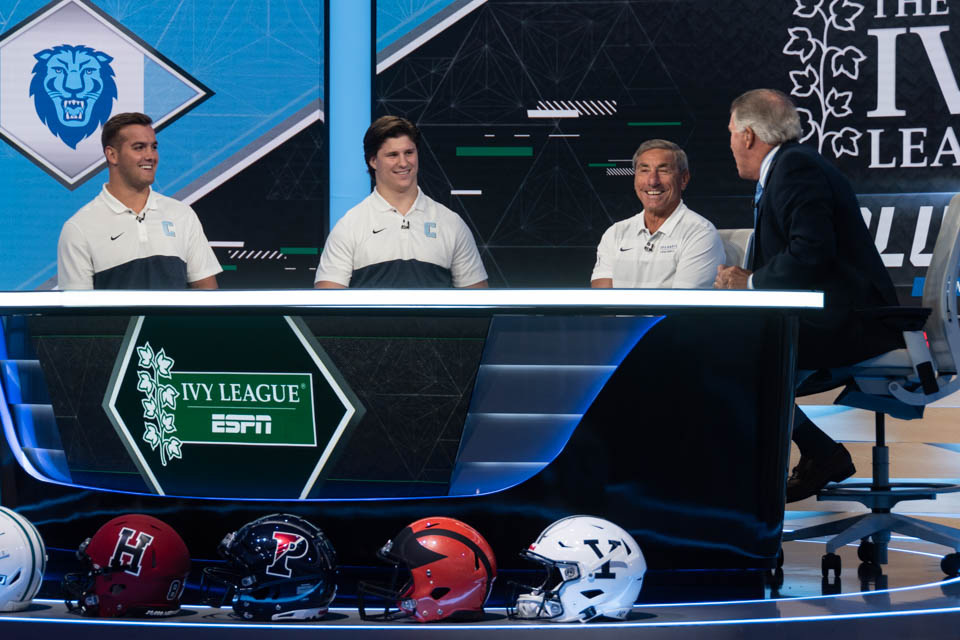 For the past five years, five different schools have taken the Ivy League championship, demonstrating the parity across the conference. This year, Columbia’s representatives made it clear that they are on the hunt for the conference championship, an achievement that has eluded the Lions since 1961.

ESPN hosted all eight Ivy League schools as part of its College Football 150 campaign, a celebration of the 150th anniversary of the first college football match, played between Princeton and Rutgers on Nov. 6, 1869. This season also marks the second year of a 10-year agreement that gives ESPN license to air Ivy League sporting events on ESPN linear networks or the ESPN Plus streaming service. This season, Columbia’s Oct. 25 matchup at Dartmouth will air on ESPNU, and the rest of the Lions’ games can be viewed online by subscribing to ESPN Plus for $4.99 per month.

In her remarks, Harris expressed excitement about the success of the agreement in its first year and her prediction of continued success for years to come. She stated that ESPN Plus recorded over 1 million streams of Ivy League football in the first year of the partnership.

Following her speech and the Q&A session with Brown University, Bagnoli, Murphy, and DeLorenzi took their places on the stage and answered questions from Ford and members of the media. They made clear that, coming off of the most successful two-year stretch since the Ivy League formed in 1954, the Lions feel that they will be competing for the crown this season.

“We’re optimistic. It’s year five. We’re a deeper football team. We’re a much more mature football team,” Bagnoli said. “So I think we’re in a good place. We have good leadership and we have a big senior class so I like where we are. Like everything else, you need your great players to play at a really high level and I think if we can do that ... people are going to have to look at [us] and think, ‘Woah. We’re going to have to play really well.’” 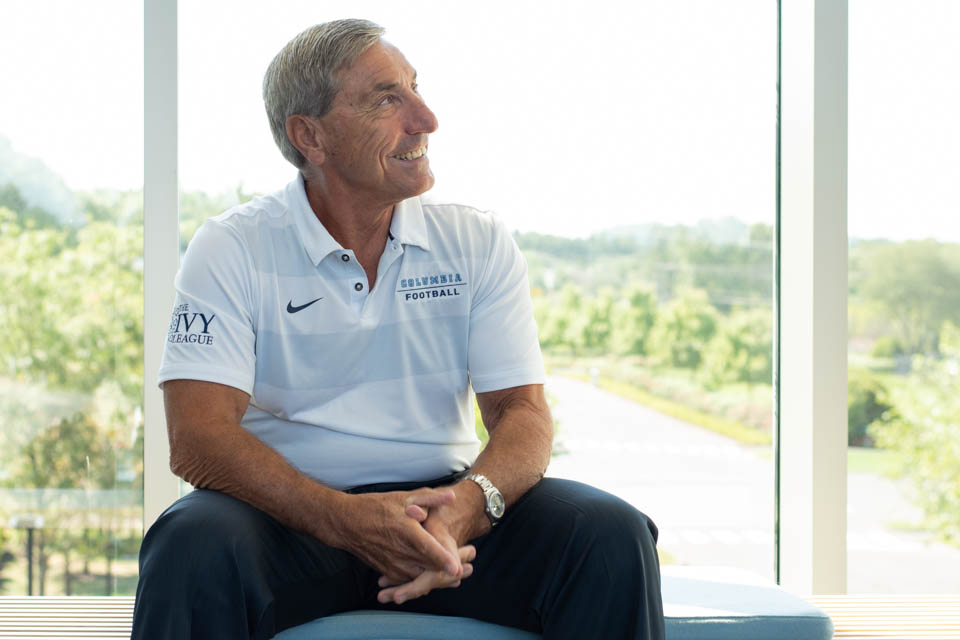 One member of that big senior class is Murphy, who last season finished with 39 tackles, 3.5 tackles for loss, and one interception. Murphy’s teammates elected him as co-captain this past spring, alongside standout receiver Josh Wainwright. While Murphy appreciates this recognition for his hard work and leadership, he understands that the title comes with increased expectations.

“To know that your teammates and your best friends in the locker room really have your back was huge and to have that trust given to me is huge, but it’s also a tremendous responsibility and it’s something that I’ve wanted my whole life, so I’m ready,” Murphy said.

The Lions are coming off a season that was marred by injuries, with 25 different starters going down over the course of the year. Notably, Wainwright suffered a torn ACL in the first half of the season opener after hauling in four catches, one of which went for 45 yards. Additionally, then-junior starting cornerback Ben McKeighan battled injuries all season long, missing two games against Penn and Yale. Numerous injuries to the Lions’ quarterbacks kept the position in a constant state of flux, with six different players seeing time under center at some point last season.

Heading into this year, the Lions are hopeful that those injuries are a thing of the past.

The sterling state of the team’s injury status, combined with the fact that the team is on its most successful two-year run in over 60 years, has given the players confidence that they can compete for the conference title this season, and maybe achieve even more.