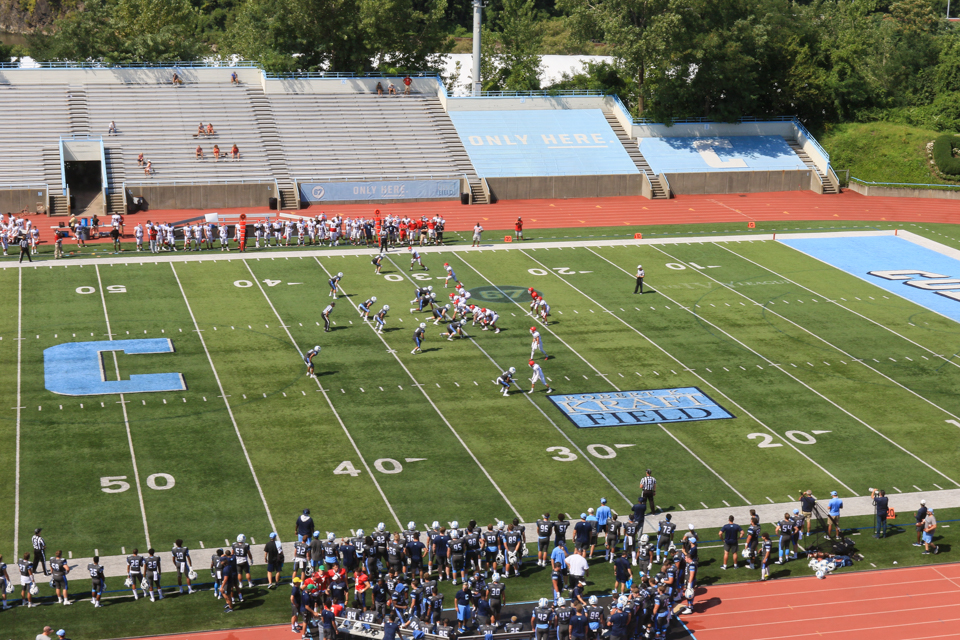 In a preseason matchup featuring the two winningest active head coaches in college football, Columbia took on Montclair State in a scrimmage on Friday—the Lions’ only test against a real opponent before kicking off the season.

While the two teams did not keep score, they used the matchup, the third annual installation of the exhibition game, as an opportunity to evaluate themselves and address any glaring issues before heading into their respective season openers.

Led by junior quarterback Josh Bean, the first-team offense did not show any weaknesses. After each team had opportunities to practice its special team plays, Bean took the field as the Lions’ first signal-caller, allowing Columbia to drive down the field and score a touchdown in just five plays. That was all that Bagnoli needed to see from Bean, who is listed as the probable starter by Columbia’s 2019 Football Preseason Prospectus.

“[Bean] has a lot of experience, so we just wanted him to manage a little bit. Get out in the game, get in a little bit of flow. We didn’t plan on playing him very long,” head coach Al Bagnoli said.

After the first drive, all of the remaining quarterbacks on the roster, including last season’s Freshman of the Year winner, Ty Lenhart, and first-year Caden Bell, spent time at the position with varying degrees of success.

The disparity between Columbia and Montclair State, which plays in Division III’s New Jersey Athletic Conference, was especially apparent when Columbia’s defense was on the field, as it took the Red Hawks five drives before they recorded their first down of the game. Senior cornerback Ben McKeighan, who was recently named to Phil Steele’s preseason All-Ivy League third team, stood out on defense in both pass coverage and rushing the passer, recording a sack that led to a turnover on downs.

For Bagnoli, the results from the scrimmage mean less than the lessons the team can take away from this exhibition.

“We’re not happy where we are, but we certainly have things we can build on and things that we can point to and make a teaching moment [out of],” he said. 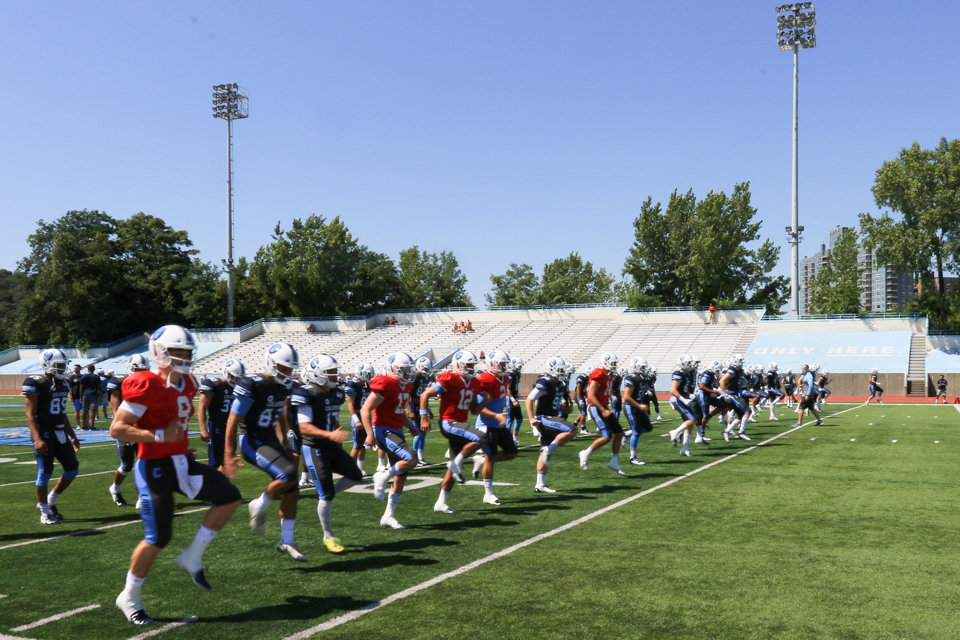 Harris Walker
The players warm up before the scrimmage.

There are few people who know more about the act of teaching college football than Bagnoli, whose 254 wins are the most among active head coaches in college football. One of the only men in the country that can possibly rival him is Montclair State’s head coach, Rick Giancola, who is the second winningest active coach at 247 wins. The two coaches have a history dating back to 1989, when Bagnoli led Union College to a 45-6 victory over Giancola’s Red Hawks.

“Rick is one of the legends,” Bagnoli said.

Although the matchup gave Bagnoli the chance to catch up with an old friend, Columbia’s fifth-year coach was not all smiles after the game. The team had less time to practice before suiting up against a live opponent due to scheduling complications. In past iterations of the scrimmage, the teams have played when the Lions are around 16 practices into the season. This year, the scrimmage came after only six practices, and even fewer of those practices were conducted in full pads.

While this complicated the game plan for the coaches, they were ultimately happy with the content and are continuing to prepare for the start of the season.

“We accomplished everything we wanted. We played everybody. I think we came away healthy, and that was really the big thing. … We’re back at it tomorrow,” Bagnoli said.

The Lions will open their season against St. Francis (PA) on Saturday, September 21 in Loretto, PA. Kickoff will take place at 1 p.m.