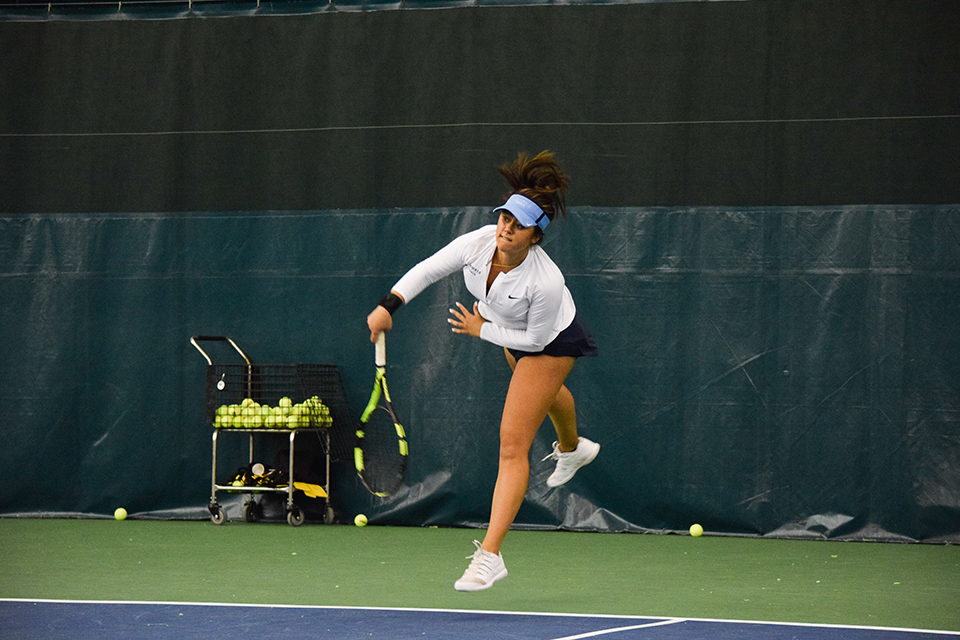 Columbia advanced to the championships in all twelve brackets of the invitational.

A sign in women’s tennis head coach Ilene Weintraub’s office says: “Fall in love with the process and the results will come.” Weintraub encourages her players to adhere to that saying, and if the outcome of the Columbia Invitational is indicative of anything, it’s that the results appear to already be coming in for the team.

Although this was just the first competition of the season, the Light Blue combined powerful groundstrokes with skillful net play as 10 individuals and doubles teams capped their titles with perfect 3-0 records over the weekend. Four of those perfect records belonged to first-years.

“Last year we were very, very strong and very deep, and we added four talented first-years,” Weintraub said. “It bodes very well for the future.”

Sophomore Caitie Sullivan, who placed second in her draw, noted Columbia’s strong performance against Harvard as an indicator of a bright future for the Lions. Columbia placed fourth in the Ivy League last season, while Harvard was third.

“I think most of us did train hard this summer, and for me, in particular, a lot of it was getting more competition experience so I could come back here and off the bat be ready to compete,” Sullivan said. “I’m really proud of us for all showing up so early in the season and putting on the performance we did.”

Weintraub sees the development of the team over the summer as a good precursor of a strong tour season to come before Ivy play in the spring.

“We’re just going to keep working on our games and developing the players’ physical toughness, mental toughness, and try to enhance their strengths and neutralize their weaknesses,” Weintraub said.

The Lions will head to Penn next weekend for the Cissie Leary Invitational from Sept. 20-22.