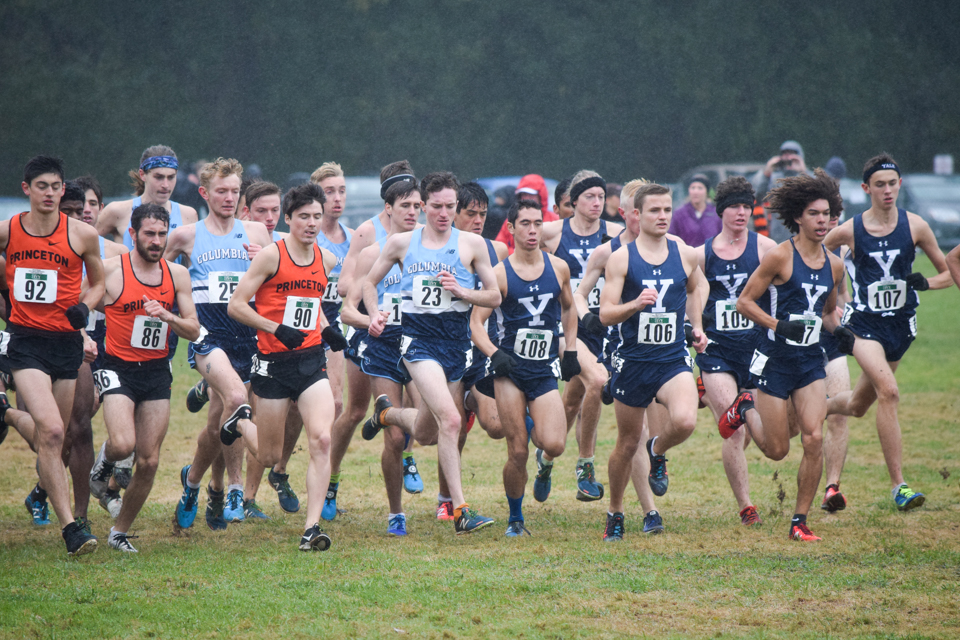 This weekend at the Roy Griak Invitational, Columbia men’s and women’s cross country teams proved they can keep up with—and indeed even outpace—top Division I schools.

Teams gathered from schools all over the country, including some as far west as San Francisco, for the annual meet, held at the Lee Bolstad Cross Country Course in Falcon Heights, Minnesota on Sept. 28.

On the women’s side, the Lions were 16 points behind first place California Baptist University, who finished with a score of 70 points. Duke won the men’s race with an impeccable score of 34 thanks to five individual top-10 finishes, while the Light Blue came in fourth, led by senior Kenny Vasbinder.

Vasbinder set a blistering pace of 4:57 per mile to win the men’s 8k race in 24:32.4, almost 14 seconds ahead of second-place finisher Christian Ricketts of Southern Utah. This was Vasbinder’s second top-two finish in as many weeks, as he cruised into second at last week’s Iona Br. John “Paddy” Doyle Meet of Champions. The other men’s top-20 finisher for the Lions was first-year Tyler Berg, who ran a 25:11.6 in his first collegiate race.

Meanwhile, in the women’s 6k race, junior Allie Hays finished second for the second straight week with a time of 20:58.9, while senior Katie Wasserman came in sixth, finishing in 21:20.0. Senior Bianca Alonzo delivered a top-20 finish for the second week in a row, earning 15th place with a 21:55.4.

With four collegiate races as well as four high school ones, the invitational is one of the biggest meets in the country, and is a useful opportunity for the Light Blue to compare its progress against some of the nation’s dominating programs. The Columbia women are currently ranked No. 24 in the country in the latest United States Track & Field and Cross Country Coaches Association USTFCCCA poll. Down five spots from last week, the Lions slipped a spot below 23rd-ranked Princeton, which dropped one place from last week. Cross country director Daniel Ireland previously commented that one of the women’s team’s top goals this season is to remain in the top 25 teams in the nation. Last year, the women’s team finished in 18th place at the NCAA Cross Country Championships in Madison, Wisconsin.

Next week, both teams head to Bethlehem, Pennsylvania for the Paul Short Run on Oct. 5.