California passes law to allow student-athletes to profit off their likeness, with similar New York bill on the horizon

California passes law to allow student-athletes to profit off their likeness, with similar New York bill on the horizon 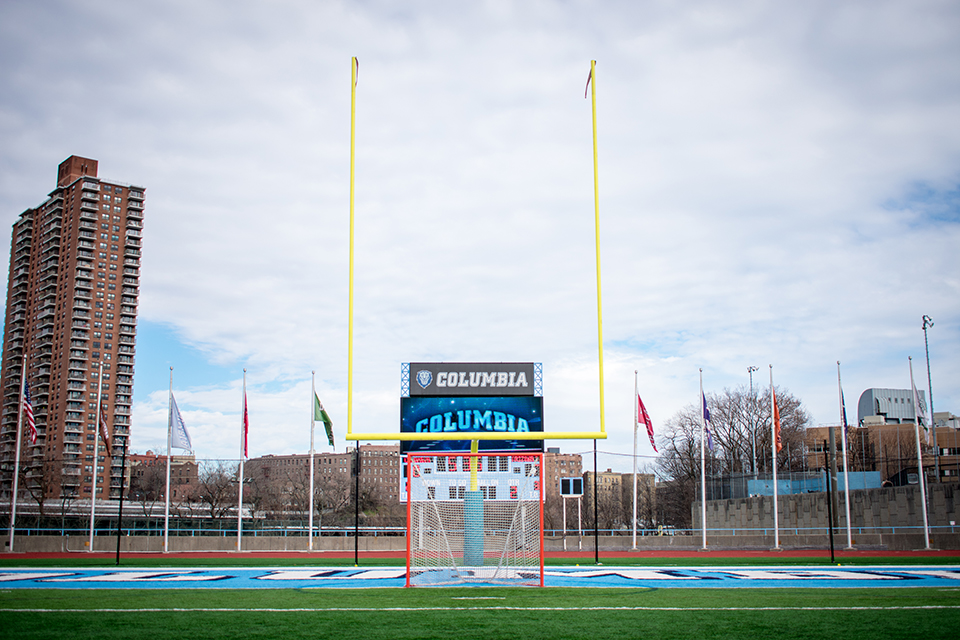 “That’s obviously something that every college athlete wants, to be compensated for their likeness, especially for the big sports like football, baseball, and basketball,” senior receiver and captain Josh Wainwright said.

California Governor Gavin Newsom signed California Senate Bill 206, otherwise known as the Fair Pay to Play Act, into law on Monday. The bill, which is set to go into effect on Jan. 1, 2023, will allow California NCAA student-athletes to profit off of their names, images, or likenesses.

The passage of the bill set off a series of similar initiatives in states such as South Carolina and New York, where State Senator Kevin Parker introduced a bill that would both allow student-athletes to profit off of their likenesses and would mandate that public colleges give 15 percent of athletics revenue directly to the student-athletes. While S.B. 206 only directly affects schools in California, universities across the country could feel the implications of its passage, as it will impact the ways schools can incentive recruits to join their respective teams.

Newsom announced the signing of the bill by tweeting out a video from an upcoming episode of NBA star Lebron James’ HBO series “The Shop: Uninterrupted.” Prior to Newsom’s signing, the bill had received vocal support from athletes such as James and all-star forward Draymond Green, in addition to politicians such as Vermont Senator and presidential hopeful Bernie Sanders.

The NCAA, which reported $1.1 billion in revenue in 2017, fought the California bill at every step of the legislative process. Following a 31-5 vote by the California State Senate in favor of the bill, NCAA President Mark Emmert sent a letter to the chairs of two California State Assembly committees threatening that California schools might be barred from competing in national championships if the bill goes into effect.

“When contrasted with current NCAA rules, as drafted the bill threatens to alter materially the principles of intercollegiate athletics and create local differences that would make it impossible to host fair national championships,” Emmert wrote. “As a result, it likely would have a negative impact on the exact student-athletes it intends to assist."

Despite the NCAA’s declarations, the California Assembly voted in favor of the bill by a 72-0 margin, with seven assembly members not voting. Before the bill arrived on Newsom’s desk, the NCAA Board of Governors sent him a letter urging him not to sign it into law. One of the co-signers of the letter was Penn Athletic Director M. Grace Calhoun.

“Name and likeness is one thing. So if we have a student-athlete here that, from a social media standpoint, comes with 3 million followers and is an influencer and it is outside the realm of what he or she does in terms of wearing their particular uniform, they should be able to continue to do that while they’re a student-athlete,” Pilling said. “It’s just that fine line with jersey sales or some other type thing, signing parties or whatever it might be. It’s just complicated,” he said.

Pilling added that the issue is more complicated for Ivy League universities since they give need-based scholarships instead of full athletic scholarships.

“What happens when we don’t give athletic scholarships? How do you delineate there? I think that whole component of it makes it a little bit different. … I don’t know how it affects scholarships versus schools that don’t give scholarships.”

For student-athletes like senior wide receiver and captain Josh Wainwright, who is associated with two entrepreneurial endeavors on campus in order to raise money while playing football, making extra money in college is important. While he says that he would like to be paid for his likeness, he admits that even if the law existed when he was making his decision in high school, he still would have chosen to study at Columbia.

“That’s obviously something that every college athlete wants, to be compensated for their likeness, especially for the big sports like football, baseball, and basketball,” Wainwright said. “I don’t think it would have impacted me to the point where I would have completely shut myself off to other schools just to make a little bit of extra money. I still probably would have taken my best option, which was definitely Columbia.”

California S.B. 206 was voted to be enacted by a Democratic caucus, and signs point towards a similar passage in New York. However, New York’s legislative session runs from January to June, so Parker’s bill can not be voted on for at least another three months. The Democrats control a majority in all branches of government in New York state, with the dismantling of the Independent Democratic Committee in the 2018 election.