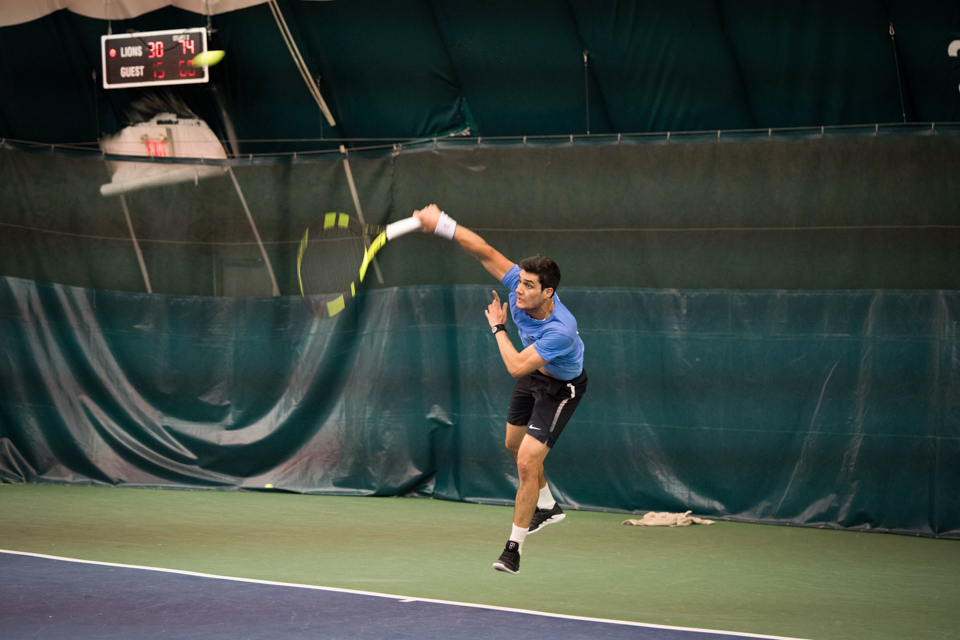 After two successful weekends at the Columbia Invitational and the Cissie Leary Tournament, there were high expectations for the women’s tennis program going into the West Point Invitational. However, the team failed to clinch a title at the tournament this weekend.

Before the tournament, head coach Ilene Weintraub claimed that the team must adjust to make its play sharper, in order for it to be able to win the program's second Ancient Eight crown in the spring Ivy season.

“The one thing I’m sure about moving into the spring season is that we need to get stronger physically. We need to get a bit faster as a team,” Weintraub said.

At West Point, the Lions failed to play with the strength and speed they needed, with two singles players and both doubles teams falling to competitors on the first day of competition.

Junior Sarah Rahman was the only member of the team to make it past the second round of competition but was defeated by Army’s Abigail Waldman 6-2, 6-4.

Men’s tennis traveled to Charlottesville, Virginia this weekend to compete in the Orange & Blue Classic. The Lions took home 15 of 20 singles wins and 6 of 9 doubles wins.

No. 74 junior Rian Pandole was undefeated in singles, going 3-0 for the weekend. First-year Anand Saluja also triumphed over all his opponents in his collegiate debut.

Junior Jack Lin did not compete in Charlottesville, as he was competing in Malibu, California at the ITA Oracle Masters Tournament, which showcases the top tennis players in the country.

No. 9 ranked Lin captured three wins in the tournament, including one over No. 13 Juan Carlos Aguilar of Texas A&M in the quarterfinals.

However, the quarterfinals match would be Lin’s last win, as he fell in the semifinals to USC’s No. 8 Daniel Cukierman in straight sets 6-3, 6-2.

Women’s tennis will have a split weekend next week. A portion of the team will travel on Oct. 4 to Evanston, Illinois to compete at the Wildcat Invitational, while the remainder of the team and members of the men’s team will take part in the ITA All-American on Oct. 5 in Tulsa, Oklahoma.