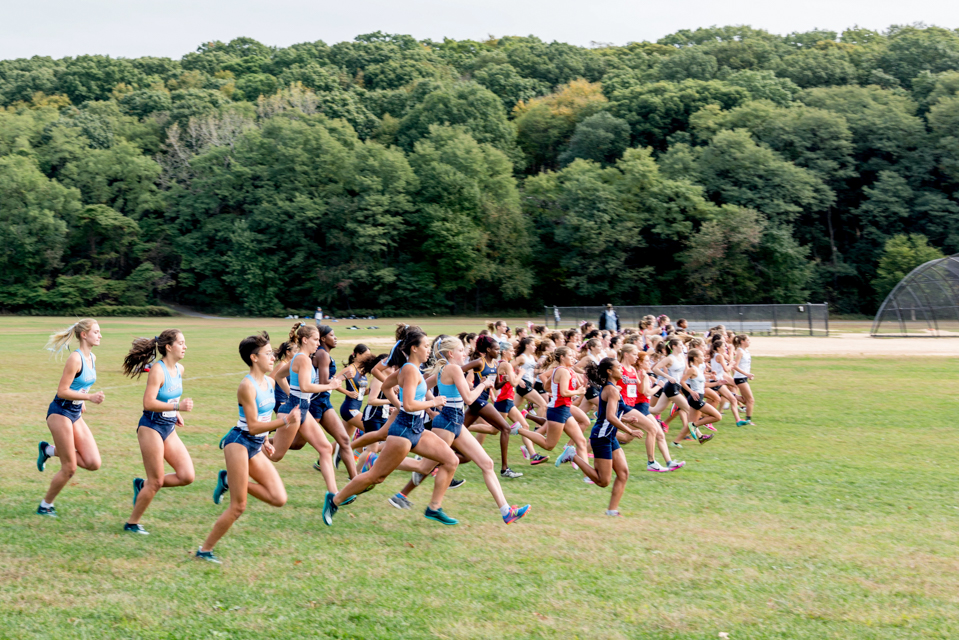 The women's team received a 17th-place team finish in the 6k race and the men finished 32nd in the 8k run.

It was a busy weekend for the Columbia cross country team, which competed in not one but two meets in as many states. The team’s goal was to solidify its roster of top runners who will compete in two weeks at the Ivy League Heptagonal Cross Country Championships, originally named to represent the seven teams that competed in it.

Track and field and cross country director Daniel Ireland took seven of both his top male and female runners to the Nuttycombe Wisconsin Invitational, which he previously called one of the best meets in the country. The Oct. 18 race, held on the Thomas Zimmer Championship Cross Country Course, included more than 20 of the country’s top teams and saw three Columbia runners set personal records.

Senior Katie Wasserman, junior Allie Hays, and senior Kenny Vasbinder all collected PRs and helped pace the Lions to a 17th-place team finish in the women’s 6k race and a 32nd-place finish for the men in the 8k run. Wasserman crossed the finish line in 20:23.7 to claim 21st place, with Hays right behind her in 20:29.9, good for 27th place. Vasbinder came in 32nd with a time of 24:06.1.

With over 200 runners in each field, the Lions had a chance to measure themselves against some of the best athletes in the country in preparation for the Ivy League Heps, which will be held on Nov. 1 at Van Cortlandt Park. Last year, the Light Blue won the women’s conference title while the men came in fifth place at the event hosted by Princeton. This year, the Lions will be running at home.

Ireland previously noted that the seven female runners competing in Wisconsin “are pretty much a lock to be in our top twelve [who compete at Heps].” To help decide which additional five runners will represent the Light Blue, another set of Columbia runners took to West Windsor Fields in Princeton for the annual Princeton Invitational on Oct. 19. Sophomore Sofia Camacho, who claimed gold in last week’s Metropolitan Cross Country Championships, was the top finisher for the Lions. She earned 10th place with a time of 21:32.2 in the 6k race, helping to lift the women to a fifth-place finish.

The men did not fare as well, coming in 17th in a field of 24 teams. The top finisher for the Lions was first-year Lucas Aramburu with a time of 25:02.3. Stony Brook won the 8k race with a score of 55, which the Light Blue trailed by 405.

The Lions will be back in action on Nov. 1 at Van Cortlandt Park for Heps.