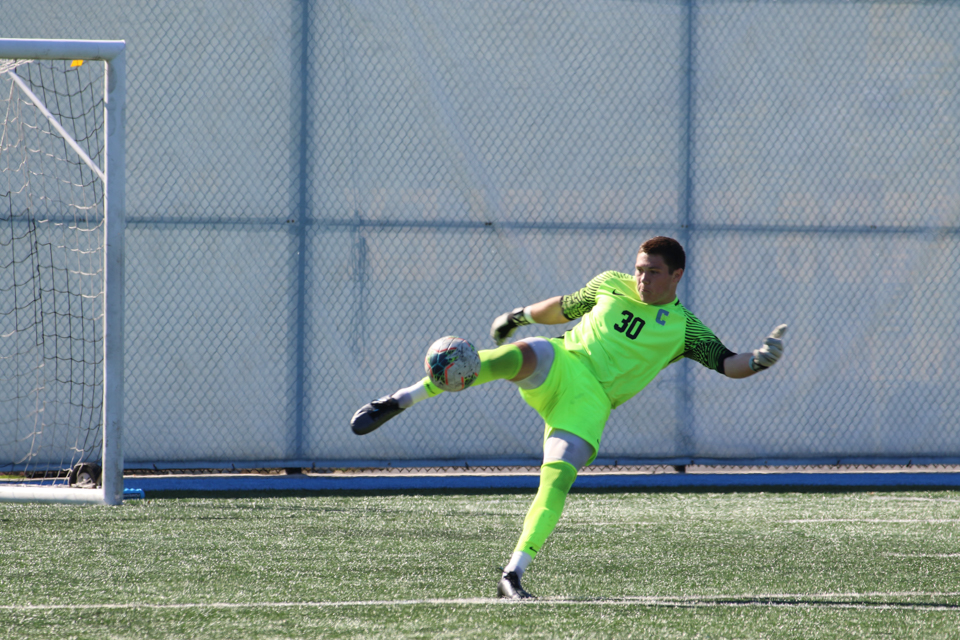 A huge blunder by first-year goalkeeper Michael Collodi proved to be the key factor in Columbia’s 2-1 loss at Princeton.

While Columbia extended its historic goal-scoring streak from 18 games to 19, this game marks the Lions’ first loss in 2019 Ivy play, putting them behind Yale and Dartmouth in league standings.

Both Columbia (3-5-3, 1-1-1 Ivy) and Princeton (8-3-1, 1-1-1 Ivy) entered the game having tied their most recent Ivy League opponents. This is Columbia’s second consecutive loss to Princeton after falling to the Tigers for the first time in five years last season. This year’s matchup was oddly similar to last season’s, as both finished with the same final score: 2-1.

The two teams were evenly matched, going shot for shot in the first half with eight and nine shots notched by Columbia and Princeton, respectively. However, Princeton was able to break the deadlock in the 27th minute when the Tigers capitalized on a foul.

Princeton forward Danny Hampton stepped up to take the free kick, which he skillfully lobbed into the penalty area. Princeton defender Richard Wolf timed his jump perfectly to catch the header and whip it into the far post, putting Princeton ahead 1-0.

A little over five minutes before halftime, the Tigers were able to double their lead by capitalizing on a mistake by the Light Blue. First-year goalkeeper Michael Collodi dribbled the ball far off his line, stopping only a few yards before the edge of the center circle. Princeton forward Kevin O’Toole raced forward to apply pressure on the ball, causing Collodi to mistime his pass, which O’Toole intercepted. From there, O’Toole had a clear look at the empty goal, surging forward to slot the ball into the net.

Columbia registered 10 fouls in the second half as compared to its six in the first half. This came back to bite the Lions as they lost sophomore midfielder Andrew Stevens in the 74th minute to a second yellow card. Despite the fact that the Lions were down to 10 men, they were able to break through the Tigers’ defense to close the gap from two goals to one. Sophomore midfielder Sebastian Gunbeyi played the ball to first-year midfielder Uri Zeitz, who was positioned at the top of the penalty area. The first-year did not hesitate as he expertly smashed the ball into the goal, injecting hope into the Light Blue. Zeitz ranks among the top 10 in the Ivy League with four goals and ten points across the season so far.

However, that hope did not last long. Minutes before the end of the second half, Princeton goalkeeper Jacob Schachner denied the Lions a late equalizer. The chance came off a set piece as Zeitz caught an aerial header and directed it toward the goal. Though caught off guard, the Princeton goalkeeper was able to get a foot on the ball and keep it out of the goal.

Columbia hopes to turn the tide next Saturday, Oct. 26, when it goes on the road to play Dartmouth. Kickoff will take place at 7 p.m. at Burnham Field.