“We need more people in the stands:” Basketball Mania brings crowds to Levien

“We need more people in the stands:” Basketball Mania brings crowds to Levien 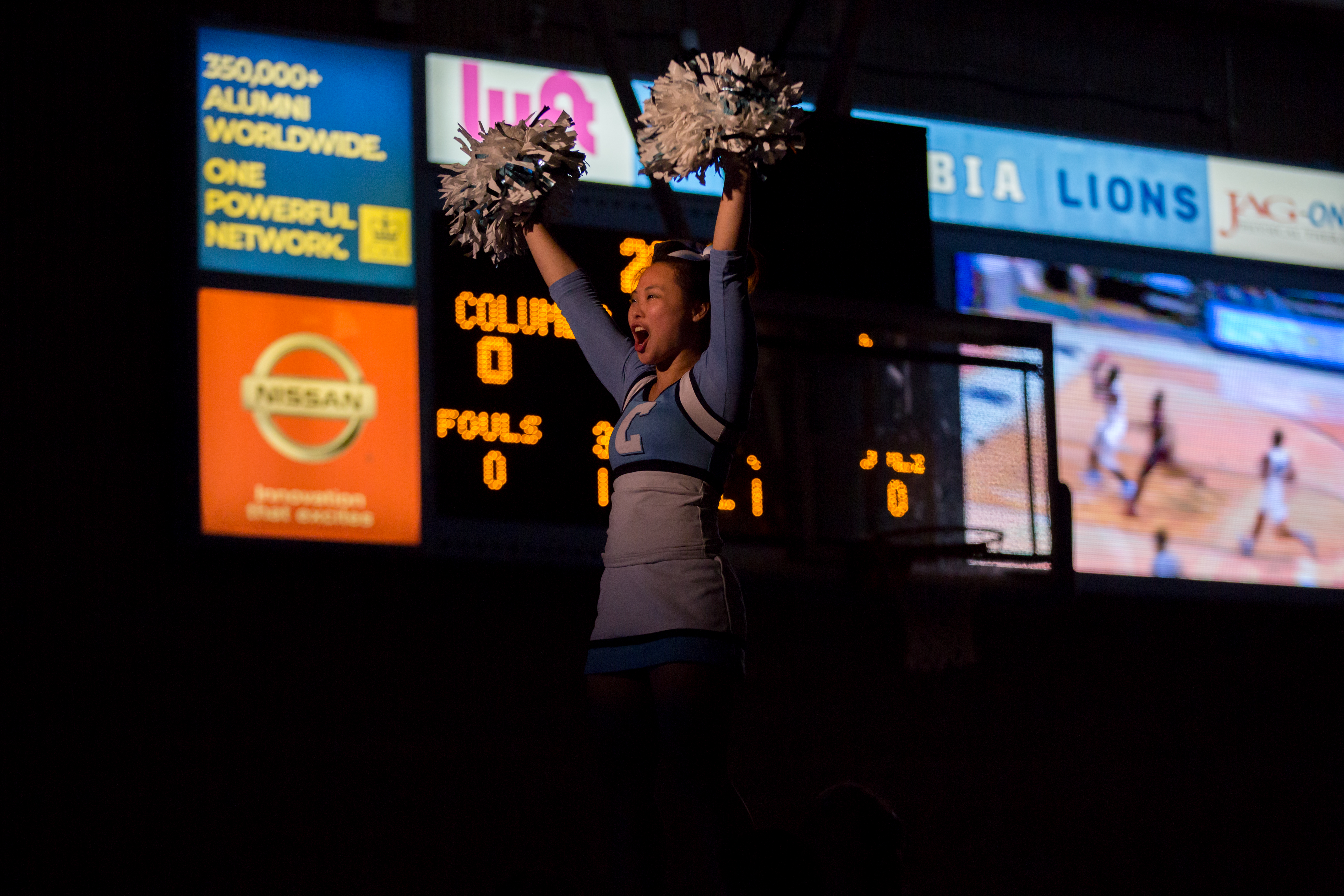 The women’s basketball team drew an average of 785 students per game last year, a good turnout for a team third in the Ivy League, but only half of the NCAA Division I average.

The bleachers roar as senior guard Janiya Clemmons jumps, spins, and strikes a pose before leaping into the air to chest-bump her teammate. No baskets have been scored, no outrageous three-pointers shot or slick moves made around the defender. But Clemmons and the team promise the crowd one thing: Many are coming.

Columbia’s Basketball Mania may be best known for its promises of a chance at free tuition for a year up to $50,000, which headlined promotional posters. But the purpose of the event itself is to energize a student body often disconnected from its sports teams, and encourage students to come to basketball games.

“We need more people in the stands,” said women’s basketball head coach Megan Griffith. The women’s team drew an average of 785 students per game last year, a good turnout for a team third in the Ivy League, but only half of the NCAA Division I average.

Based on the crowd at Basketball Mania, Columbia could be in for the increased attendance it is hoping for. At the Thursday, Oct. 24 event, students filled half of Levien Gymnasium’s bleachers to take in a variety of performances. First, Columbia’s basketball teams entered the court through a corridor of cheerleaders, hitting the woah, putting on sunglasses, and performing elaborate handshakes. Then came the dunk and three-point competitions, dance performances, giveaways, and of course the contests for free tuition.

“It was definitely a lot more packed than I thought it would be, which is always a good thing,” Matthew Teshome, SEAS ’22, said. “It’s just good to come into positive energy.”

The dunk contest was particularly energetic. The judges, Dean of Engineering Mary Boyce, Dean of the School of General Studies Lisa Rosen-Metsch, Barnard’s Dean of the College Leslie Grinage, and Columbia Dean of Undergraduate Student Life Cristen Kromm and her son graded the slams on style, although the audience members were often more critical than the judges themselves. First-year Asa Shannon, after failing to complete any dunk at all, received a perfect 10 from Rosen-Metsch.

Nonetheless, the athletes hyped up the competition. First-year Cameron Shockley-Okeke stripped out of his sweatpants and shirt to reveal a full suit, which he competed in. Earlier in the night, Shannon earned perfect 10s from every judge after getting a teammate to pass him the ball from a window above the hoop, causing the crowd to go wild.

The crowd was also loud during the free tuition challenge, during which one attendee was given 30 seconds to hit a layup, a free throw, a three-pointer, and a half-court shot. Unsurprisingly, he faltered, and the $50,000 went unclaimed.

Positive crowd energy can be difficult for Columbia to maintain with its historically mediocre records. Both teams are projected to finish sixth in the conference, and while the women’s team draws the third-largest crowds in the Ivy League, behind only Penn and Princeton, the men’s team sits sixth in the Ivy with an average crowd of only 1,526 students per game.

Indeed, as the event went on, the crowd quickly dwindled. Lauren Smith, BC ’21, who performed with dance group ONYX towards the end of the show, said the crowd was disheartening at times.

“It sucked because I saw a bunch of people leaving towards the end,” Smith said. “But honestly I just like to perform in front of anyone … even if there’s not a lot of hype, it doesn’t matter. It’s for us, ONYX. We’re all giving it our everything.”

Regardless of attendance, the basketball teams are first and foremost focused on improving. However, Teshome said that regardless of performance, attending basketball games is a way to stay connected with Columbia’s student life on campus.

“[Attending basketball games is] something to do, something to stay on campus,” Teshome said. “I know we have not too many activities on campus to do. A lot of people like going out. But it’s fun to go to the games and support these guys who work really hard.”