With championship dreams behind them, the Lions look for silver lining against Harvard

With championship dreams behind them, the Lions look for silver lining against Harvard 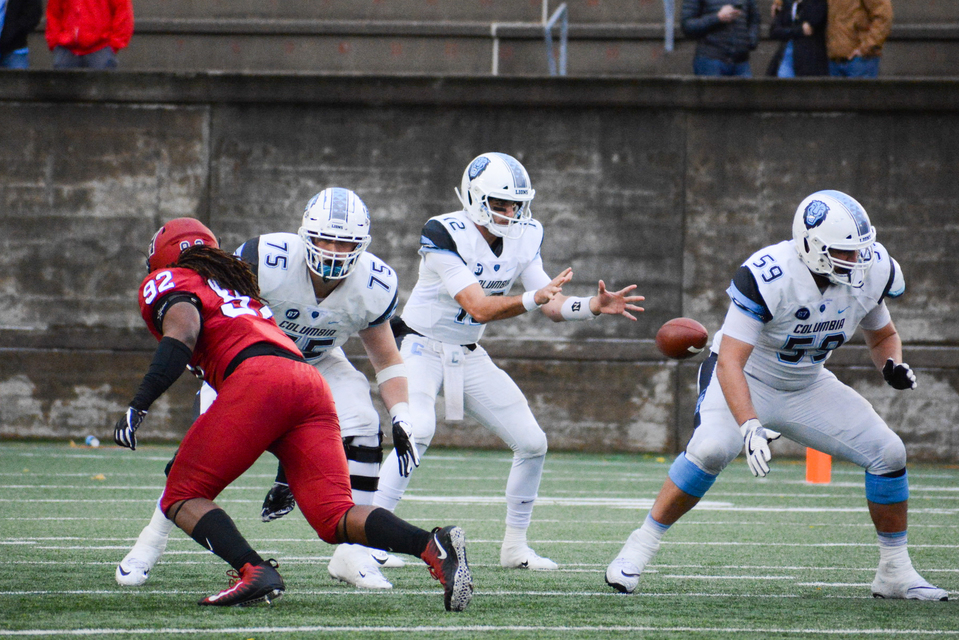 The Lions are currently second-to-last in scoring against Ivy League opponents this season, averaging just 22 points per game.

While the Columbia football team has not played up to expectations this season, you would never be able to tell by talking to them. Injuries to key players combined with shaky quarterback play have led the Light Blue to its worst record at Game 7 since 2016. Despite this, the Lions’ confidence remains unwavering.

The Lions (2-5, 1-3 Ivy) are keeping a positive mindset heading into this week’s matchup against Harvard (4-3, 2-2 Ivy), viewing this final stretch of games as an opportunity to send head coach Al Bagnoli’s first recruiting class off with a positive final memory of Columbia football.

If Columbia is going to come out of these last few games on top, few people will be more instrumental in making this happen than sophomore quarterback Ty Lenhart. Lenhart, who started the past three games after spending the first half of the season playing second string to junior Josh Bean, says that helping the senior class go out on a high note is his top priority.

Seniors like linebacker and captain Michael Murphy understand that this will most likely be their last time playing organized football at such a high level. While Murphy is hoping the Lions can win as many games of their final three matchups as possible, the seasoned veteran also knows that the team must approach the season one game at a time.

“As a team, the goal is to win out,” Murphy said. “That would be icing on the cake for us, but it starts this week, going 1-0 this week.”

However, remaining undefeated for the rest of the season is going to be a tall task for a team that has struggled at offense all season. The Lions are currently second-to-last in scoring against Ivy League opponents this season, averaging just 22 points per game. The Light Blue should not expect it to be any easier to score this Saturday against Harvard, as the Crimson is currently third in scoring defense this season, holding its opponents in the Ancient Eight to just 17 points per game. And if last year’s matchup is any indication, Columbia is in for another long Saturday.

In 2018, Columbia lost in a 52-18 blowout to Harvard. Harvard dominated on the back of three explosive touchdowns of 92, 75, and 74 yards each. Bagnoli understands that if the Lions are going to beat the Crimson this time around, they will need to be able to prevent the long touchdowns.

“That’s been the key emphasis this week, is trying to stop the explosive plays,” Bagnoli said. “We’ve been reasonably good some of the time. Obviously, we’re always going to have some big plays because we do it for 50 snaps, but we try to minimize the damage.”

In addition to crushing Columbia last year, the Crimson has historically dominated the matchup between the two programs. The Lions have not beaten Harvard since 2003. This makes Harvard the only Ivy League opponent the Lions have not defeated since Bagnoli’s arrival at Columbia in 2015. Murphy is well aware of this fact, as he described Harvard as “a team that we haven’t beaten in my time here—the only team out of all the Ivies that we haven’t beaten—so it’s an extremely personal game and to kind of complete that Ivy League cycle for this senior class would be huge.”

While the Lions are hell-bent on beating Harvard this week, Bagnoli made sure to stress that regardless of the outcomes of the final three games, he wants his seniors to be proud of what they accomplished during their time at Columbia.

“We’ve got to be careful that we just don’t totally negate all the positive things we’ve done in the first five years, and I’ve told that to the seniors,” Bagnoli said. “So irregardless of how this season ends, because of a lot of reasons, they still should take great pride in everything that they’ve accomplished. They’ve put Columbia football really back on the map. They’ve made it relevant again. They made it fun to watch again.”

The Lions take on Harvard at Wien Stadium with kickoff scheduled for 1 p.m. on Saturday. The game can be streamed live on ESPN Plus.