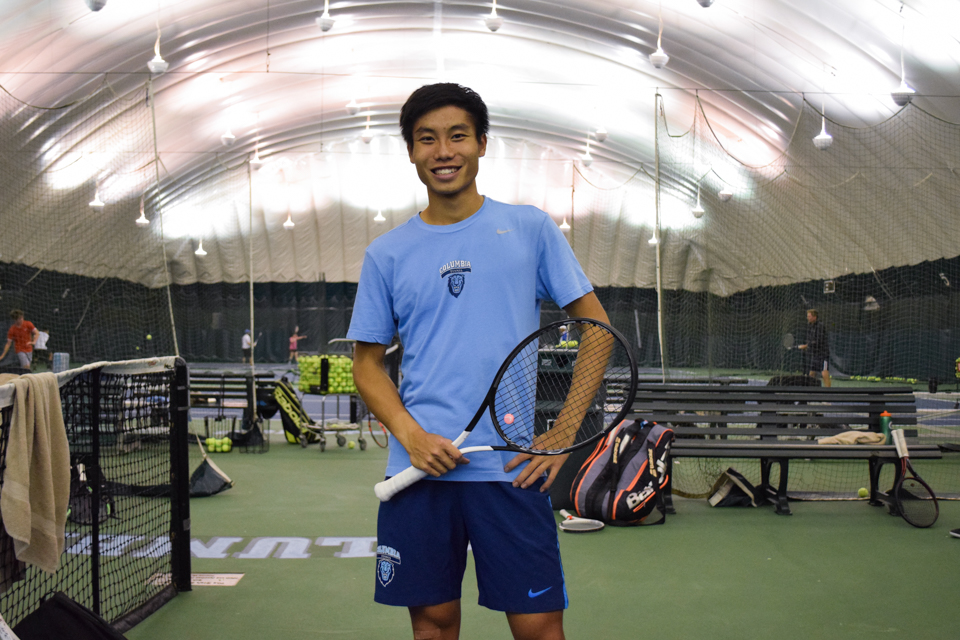 Junior Jack Lin fell in the quarterfinal to No. 4 Yuya Ito.

With the retirement of 37-year head coach Bid Goswami, the ascension of Columbia tennis alum and assistant coach Howard Endelman to the position, the return of No. 77 senior Jackie Tang, and the addition of five new first-year players, the fall 2019 men’s tennis season was defined by change.

However, one thing remains consistent: the prowess of No. 9 junior Jack Lin, who once again proved himself as a powerhouse at this year’s Oracle ITA National Fall Championships in Newport Beach, California.

Lin received an automatic bid for the tournament due to his high preseason ranking and fall singles record of 8-2. Tang qualified for the tournament after reaching the finals of the ITA Northeast Regional on Oct. 22, while Tang and Lin qualified as a doubles pair after winning the doubles title at the ITA-All American on Oct. 13.

Lin began the singles tournament seeded eighth out of 64 top-ranked players. His first competitor was No. 13 Juan Carlos Aguilar of Texas A&M, who Lin had defeated twice in the second round of play in the NCAA Singles Championship back in May and the quarterfinals of the Oracle ITA Masters in September.

Lin struggled through his first set against Aguilar, losing 6-2. However after breaking his opponent’s serve in the second set on a deuce point, Lin reclaimed control of the court 6-1, 6-0 to clinch the match.

He continued his dominance into the round of 32 where he made quick work of USC’s No. 88 Jake Sands 6-1, 6-2. However, in defeating No. 35 Daniel Rodrigues of South Carolina, Lin had to fight back in set two after falling 6-2 in the first set. He went on to win the match after defeating Rodrigues 6-3, 6-1 in the second set and the tiebreaker.

Lin’s run ended on the quarterfinal, as he competed against top-seeded No. 4 Yuya Ito of Texas, who defeated him 6-3, 6-3 in straight sets.

Tang fell in the first round of play to USC’s Stefan Dostanic. After dropping the first set 6-3, Tang rallied back 7-5 in set two. However, his efforts were for naught, as he was unable to take the tiebreaker, losing 6-4.

The 2019 competition marked the third time Lin has competed in the doubles tournament. However, this iteration was the first time he competed at Fall Nationals without former doubles partner Will Matheson, CC ’19. Last season, the tandem fell in the first round of competition.

Lin and Tang, ranked No. 6 as a pair, battled through a 10-point super-tiebreaker, was eventually bested by Mac Kiger and Simon Soendergaard of the University of North Carolina 6-7 (6), 6-3, 1-0 (10-3). This was the second year in a row Lin’s doubles pairing has been seeded first and fell in the round of 32 to an unranked pair.

Looking forward, the Lions will move into Ivy play in the spring. With a new coach, new players, and the expectations of six consecutive Ivy League titles, the Light Blue must use what it learned in the fall season in order to come out on top in order to maintain the prominence it established under Goswami.