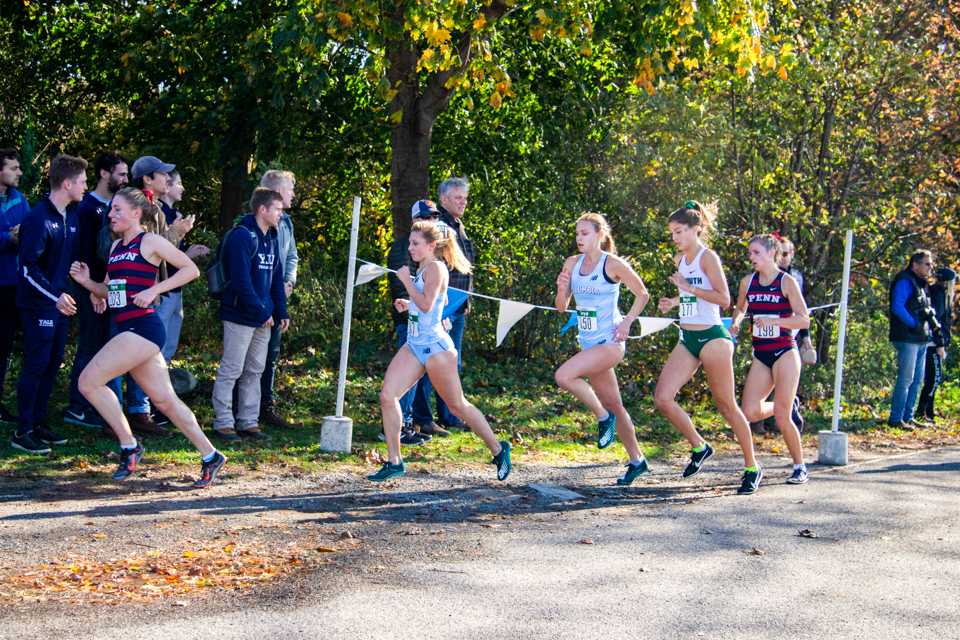 The women’s team, which entered the race ranked No. 21 nationally in USTFCCCA polls, earned fourth place while the men’s team placed 11th.

This is a developing story, check back for updates.

After a resounding weekend which saw the women’s cross country team earn its third consecutive Ivy League Heptagonal Cross Country Championships title, the Lions anticipated a top-two finish in the NCAA Northeast Regional Championships. Perhaps even more indicative of the team’s potential for success was its team title at Regionals last year, as well as the return of two standouts, senior Katie Wasserman and junior Allie Hays, both of whom saw action at Regionals in 2018.

But the Lions’ performance at Regionals on Friday was nothing like that of 2018, as they fell to Harvard and Cornell, who finished first and second respectively, in a quest to punch their ticket to Nationals. The women’s team, which entered the race ranked No. 21 nationally in USTFCCCA polls, earned fourth place while the men’s team placed 11th.

Originally slated to be held at Audubon Golf Course, race officials decided to move the location to a road course due to concerns about ice, poor footing, and overall student-athlete safety. Footage of the women’s race showed viewers ankle-deep in snow on the side of the road as the runners made a turn during the first kilometer of the 6k course.

Other notable finishes on the women’s side included senior Bianca Alonzo, who took home 34th place, sophomore Sofia Camacho, who placed 54th, and senior Emily Acker, who closed out Columbia’s top five with a 57th-place finish.

The women’s team was one of the 13 additional teams selected at-large for participation in the NCAA National Championships, held in Terre Haute, Indiana on Nov. 23. In addition, 40 individual runners were selected on Saturday in a press release by the NCAA to compete at Nationals. None of the individual qualifiers were from Columbia.

On the men’s side, senior Kenny Vasbinder, fresh off an Ivy League Heps individual title, was projected to run well. According to director Daniel Ireland, Vasbinder had “a great shot” at earning a spot at what would be the second Nationals of his career. Vasbinder appeared to have a quick start and maintained lead positioning around the 3k mark before dropping in the rankings.

The other runner to watch was first-year Tyler Berg, whose fourth-place finish at Heps was the best by a first-year in program history. Vasbinder and Berg finished neck-and-neck in 29:42.6, earning 36th and 37th place, respectively, in the 10k race.

Sophomore David Vorbach, junior Dominic Dyer, and sophomore Patrick Bayeux, who placed 63rd, 121st, and 126th, rounded out the top five finishers for the Light Blue. As in the women’s race, Harvard took home the gold, and Syracuse claimed the other Nationals spot with a second-place finish.

Despite the results, the season isn’t over for the Lions, who will host the IC4A/ECAC Cross Country Championships in Van Cortlandt Park next Saturday.