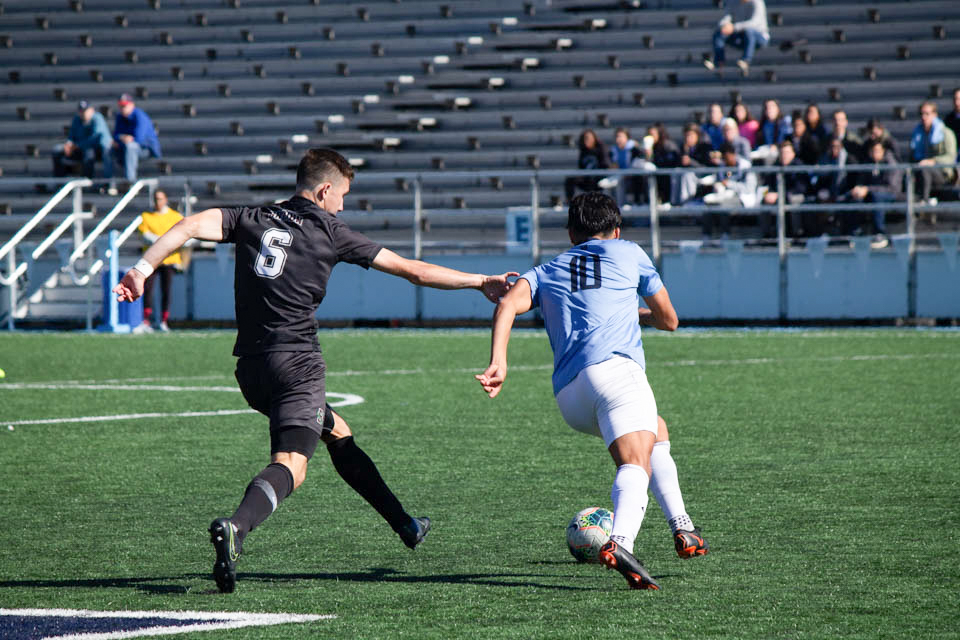 Columbia men’s soccer closed its season with a resounding 4-0 loss to Cornell on Saturday. While the game marked a disappointing end for the Light Blue, first-year midfielder Uri Zeitz and senior midfielder John Denis earned Rookie of the Week and Ivy League Player of the Week awards, respectively.

The game also featured a bittersweet tribute to the team’s graduating seniors, who were first-years on the triumphant 2016 team that helped lead the Lions to the NCAA Tournament in 2017 for the first time since 1993.

Columbia (5-8-4, 2-3-2 Ivy) came into the game knowing it was going to be an uphill battle to defeat Cornell (10-5-2, 3-2-2 Ivy), which sits at the number three spot on the Ivy League table. The Big Red has been stellar at home all season, with a home record of 6-0-1, and the Lions joined the long list of teams defeated in Ithaca.

The first half of the game saw Columbia and Cornell go toe-to-toe, with both teams racking up four shots. The Big Red broke the deadlock in the ninth minute with Cornell’s Griffin Garrard’s shot into the goal. However, it was not until the ball deflected off of a Lions defender that it actually found the back of the net, forcing it to be registered as an own goal.

Cornell’s onslaught did not stop as it doubled the lead 25 minutes later. Midfielder George Pedlow put his name on the score sheet with a right-footed shot that curled into the goal, evading goalkeeper Michael Collodi’s outstretched fingers.

Columbia was scrambling to answer Cornell’s second goal when midfielder John Scearce buried Cornell’s third goal in the 39th minute; the goal came off Scearce’s head as he expertly directed Cornell defender Ryan Bayne’s free kick into the back of the net.

The Light Blue went into the second half staring down a three-goal deficit, which only widened as the game continued. Eight minutes into the second half, Cornell forward Brady Dickens sailed the ball into the Columbia goal, effectively killing Columbia’s remaining hopes of turning things around.