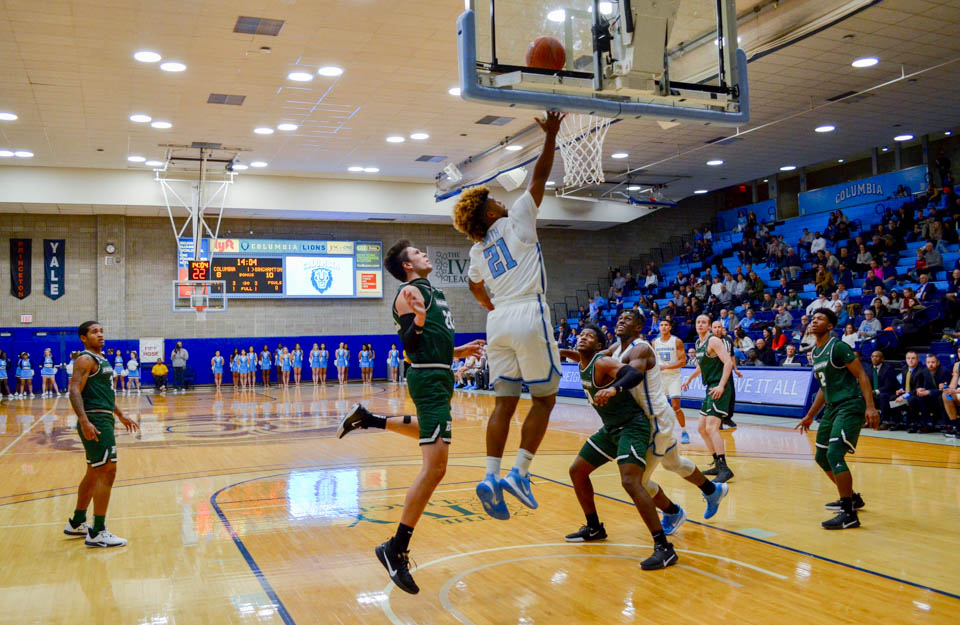 Even though Brumant gave the Lions the spark they needed to stay competitive with Bryant, it was ultimately not enough to get Columbia a win.

Men’s basketball fell to the Bryant University Bulldogs (6-4) in heartbreaking fashion on Friday. The Lions squandered an opportunity to win the game in the closing seconds by allowing a turnover, leading to a breakaway dunk by Bryant’s Mikail Simmons to put the Bulldogs up 67-65.

This defeat marks the second consecutive loss for Columbia (3-7) and the third time this season that the Lions have fallen by a mere two points. On the bright side, however, it appears that the team may have found its co-star to senior guard Mike Smith. For the first time all season, Smith did not finish as the Lions’ leading scorer; junior forward Randy Brumant broke out with a 25-point, 12-rebound performance.

While Smith remains the unquestioned leader for Columbia, Brumant set the tone for the Light Blue with an infectious energy that propelled numerous runs.

Toward the end of the first half, the Lions found themselves down 22-16 and in vital need of a bucket to keep them within striking distance. After a missed layup from Smith, Brumant flew in to gather the rebound over two Bulldogs. He then went right back up and scored while getting fouled. From there, the Lions scored 10 consecutive points to take back the lead.

Even though Brumant gave the Lions the spark they needed to stay competitive with Bryant, it was ultimately not enough to get Columbia a win.

The game came down to the wire, as Columbia got the ball with the game tied at 65 with 37 seconds left. After a timeout that gave head coach Jim Engles a chance to draw up a play, the Lions had what seemed like a great opportunity to take the game.

Smith stood at the top of the key, waiting for the shot clock to run down until there were only 11 seconds left. After a few passes, junior center Joseph Smoyer took the ball at the elbow. Brumant then set a pindown screen designed to get Smith some downhill momentum before receiving a handoff from Smoyer. However, it was Brumant’s defender, Simmons, who wisely recognized the Lions’ play. He switched from defending Brumant to swipe the ball away as Smoyer waited for Smith.

Once he secured the ball, Simmons dribbled the other way, evading a lunging Smith with a behind-the-back dribble that left Columbia’s leading scorer of the season in the dust. From there, Simmons went up with a strong two-handed dunk, finishing through contact for a chance to take a 3-point lead.

Simmons missed the free throw and gave Columbia one last chance to win the game. Smith dribbled the length of the floor and got a fairly open look from three, but his shot was short and the Lions fell in another close contest.

The Lions next take on Duquesne University at the Kerr Fitness Center in Pittsburgh on Monday, Dec. 9 at 7 p.m.