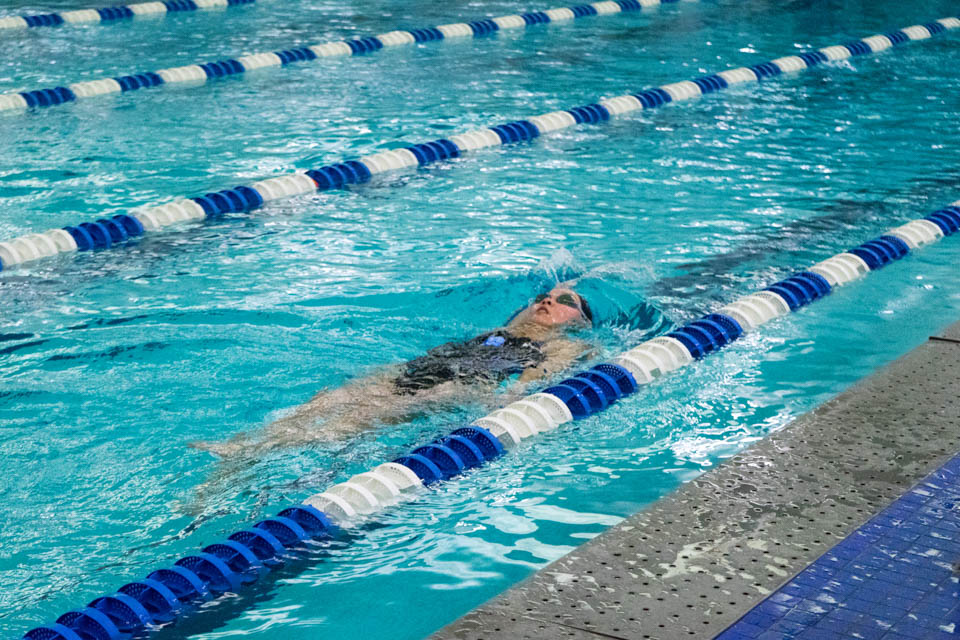 While the invitational did not use team scoring, the Lions’ tied Rutgers with nine event wins for the best out of any school competing, bouncing back from the losing slide in their last two meets.

Coming off of two consecutive Ivy League dual meet losses, women’s swimming and diving was determined to prove its roster’s talent at this week’s Rutgers Invitational. The Light Blue did just that with nine victories out of 22 rounds throughout the four-day meet, led by impressive performances from its relay units and individual stars.

While the invitational did not use team scoring, the Lions’ tied Rutgers with nine event wins for the best out of any school competing, bouncing back from the losing slide in their last two meets.

The seven-team meet was Columbia’s first foray into invitationals this season, testing the swimmers in a more demanding way with both preliminary and final rounds in each event. The Lions faced Rutgers, UConn, Lehigh, American, Illinois, and Colgate.

On Wednesday, the first day of racing at the Rutgers Aquatic Center, Columbia struggled to produce significant momentum, earning second- and fifth-place finishes in the 800-yard freestyle relay and only managing to touch the finish line 7 seconds after the first-place team. This placement reflects the group’s continued struggle to perform with long-distance swimming; the Lions have only won a single event with a distance of 500 yards or greater all season.

However, the Light Blue capitalized on more of its opportunities in Thursday’s racing, notching two wins. Senior Helen Wojdylo continued her dominant streak this year, winning the preliminaries and the finals in the 200-yard IM by over a second each. First-years Olivia Jubin and Karen Liu rounded out the top four in the 200 IM, tying for third place with identical times of 2:03.51. Then, Columbia’s quartet in the 400 medley relay grabbed another comfortable win, topping UConn’s group by over a second.

In Friday’s events, the Lions captured four event wins. Liu shone once again, posting a score of 4:17.81 in the 400 IM, her personal best. Wojdylo triumphed in the 100-yard breaststroke and sophomore diver Brighida Rosendahl took the 3-meter dive to round out the day.

In Saturday’s finale, Columbia was victorious in three events. Like clockwork, Wojdylo grabbed a win in the 200-yard breaststroke to complete a sweep of every breaststroke event at the invitational, continuing her season-long undefeated streak in the stroke. Liu finished a successful meet by winning the 200-yard butterfly as sophomore Mary Pruden placed second in Columbia’s last event with the 200-yard backstroke.

Columbia will next compete on Jan. 12 against Cornell at the Percy Uris Natatorium. First swim will begin at 12 p.m.