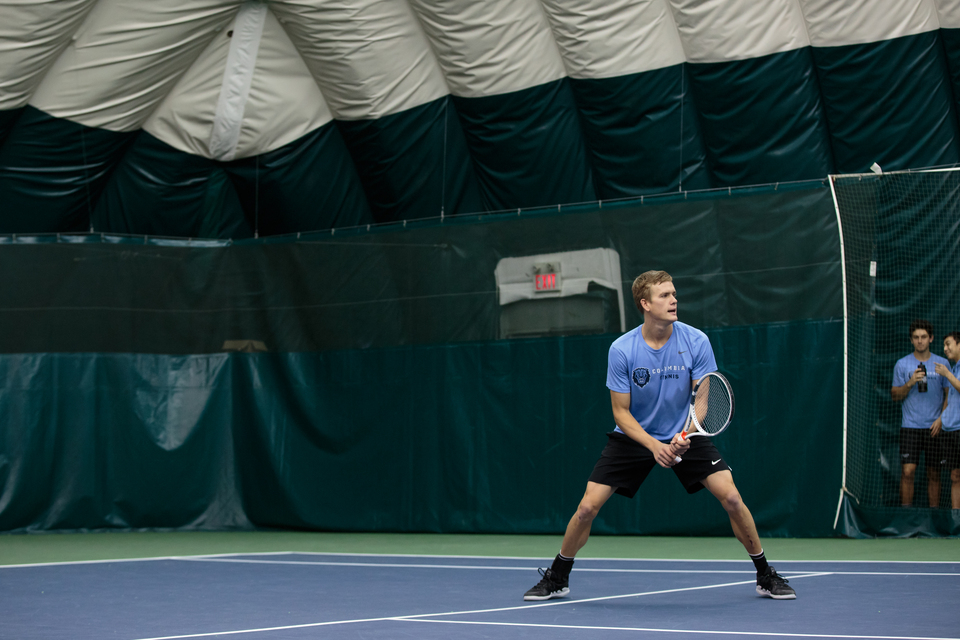 The Lions will begin the dual season with 13 singles wins and seven doubles victories.

As former head coach Bid Goswami, who led the team for 37 years, received the 2019 Wilson/ITA Division I Men's Coach of the Year over winter break, men’s tennis opened the new decade with a strong showing at the MLK Invitational in Atlanta.

The round-robin tournament included No. 13 University of Illinois, No. 16 South Carolina, and 2019 NCAA singles champion Paul Jubb of South Carolina.

The Light Blue began the weekend with strong doubles play, winning three of four matches, but could not find the same vigor in singles with only juniors Jason Lui and Austen Huang clinching wins. However, during day two, the Lions shut out their opponents in singles play. On day three of the tournament, the Light Blue was victorious, as the team won all four doubles matches and five of seven singles matches.

This was a standout tournament for Huang, who brought a perfect 3-0 singles record home to Morningside Heights; Lui followed suit with a 2-0 record.

Junior Rian Pandole rallied back from a dropped second set to defeat No. 61 Zeke Clark 6-0, 2-6, 6-3. This was the lone ranked win for the Lions this weekend.

The MLK Invitational saw two 2019 All-American faceoffs as No. 6 Jack Lin took on fellow All-American Aleks Kovacevic. After falling in the first set 6-3, Lin asserted his dominance on the court in the second set in a 9-7 tiebreaker, eventually taking the entire match 6-4 in the third set. Lin’s sole loss of the tournament was to Jubb 7-6 (7-3), 6-4 in the third set on day one.

The Lions saw the same success on the doubles court as the No. 3 tandem of senior Jackie Tang and Lin were victorious in a pair of wins.

Overall, the Lions will begin the dual season with 13 singles wins and seven doubles victories. The spring dual season will officially begin at ITA Kickoff Weekend.

The Light Blue will travel to Knoxville to take on No. 15 Oklahoma State on Saturday, Jan. 25 in the first round. First serve will begin at 10 a.m.