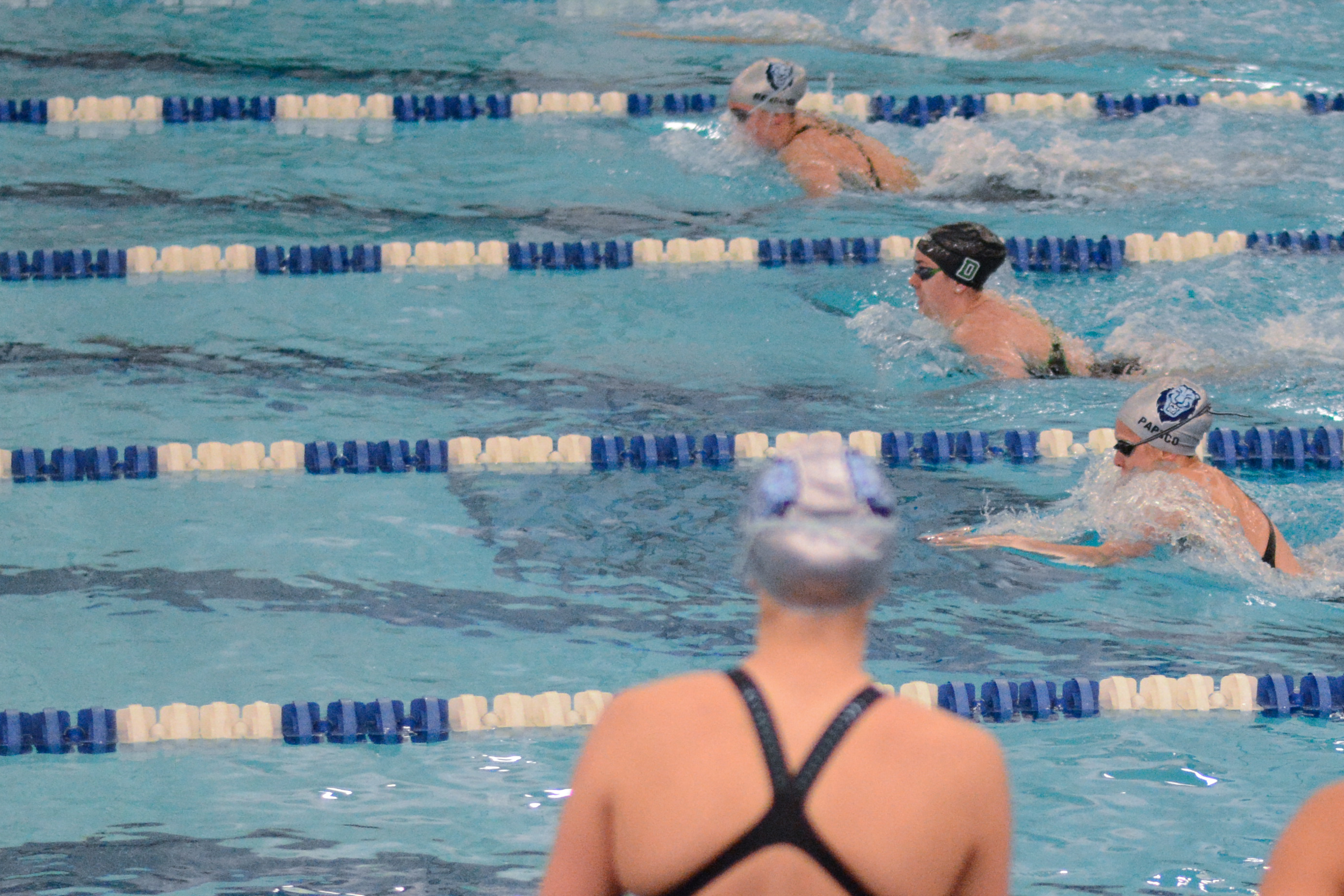 In its first two dual meets of 2020, Columbia went undefeated, besting Cornell and Brown to establish momentum and earn a winning record. In both meets, the Lions’ top swimmers continued their stellar individual seasons while the relay and diving units also found success.

This record was the next chapter in what’s been a dominant season for Wojdylo, who has won every 100-yard breaststroke event she has competed in this year. By besting Meili’s record, another accomplished swimmer who was the team’s last Olympian, Wojdylo has made a firm mark in Columbia’s record books.

“That was really exciting. She’s a person who sets her sights on goals and achieves them, so it was great to see her earn that title,” head coach Diana Caskey said.

The Lions began their success against the Big Red with an impressive performance from their diving group, as first-year Livy Poulin won the three-meter dive by posting a score of 287.40 and sophomore Briget Rosendahl secured third place with a mark of 275.33. Poulin continued her strong performance with the one-meter dive, earning second place with a score of 264.00.

Caskey credited the group’s winter break training trip as the catalyst for some of its success, noting that it “really allowed us to focus and improve, and we like using that edge going into the first few dual meets of the new season.”

First-years also continued to shine this year against the Big Red. Olivia Jubin won both the 400-yard individual medley and the 200-yard freestyle, and Karen Liu was victorious in the 200-yard breaststroke.

The Lions began the meet on a strong note, beating the Bears in the 200-medley relay with a 1-2 finish as the team of Richter, Wojdylo, senior Julia Samson, and junior Emily Wang produced a winning time of 1:42.86.

As for diving, Rosendahl furthered her strong start to the year with a winning score of 261.75 in the 3-meter dive along with a second-place finish in the 1-meter with a score of 266.93.

The Light Blue’s swimmers found similar success against Brown as they did versus Cornell, as Wojdylo, Liu, and Jubin took individual victories against the Bears. Wojdylo earned another win in the 100-yard breaststroke, while Jubin proved her long-distance prowess by nearly a 3-second margin, taking the 1000-yard freestyle at 10:10.13. Liu triumphed in the 200-yard butterfly, touching the wall just four-tenths of a second before a swimmer from Brown.

Moving forward, Caskey was confident the squad could replicate the success it found in the long-distance and sprint events, two places the Lions really improved in their meets after the break.

“Our team is really versatile, and a lot of our success just comes from the hard work and discipline that each swimmer puts forth.”

Columbia will next line up on Jan. 25 in Princeton, New Jersey to face the Tigers. First swim is at 12 p.m.