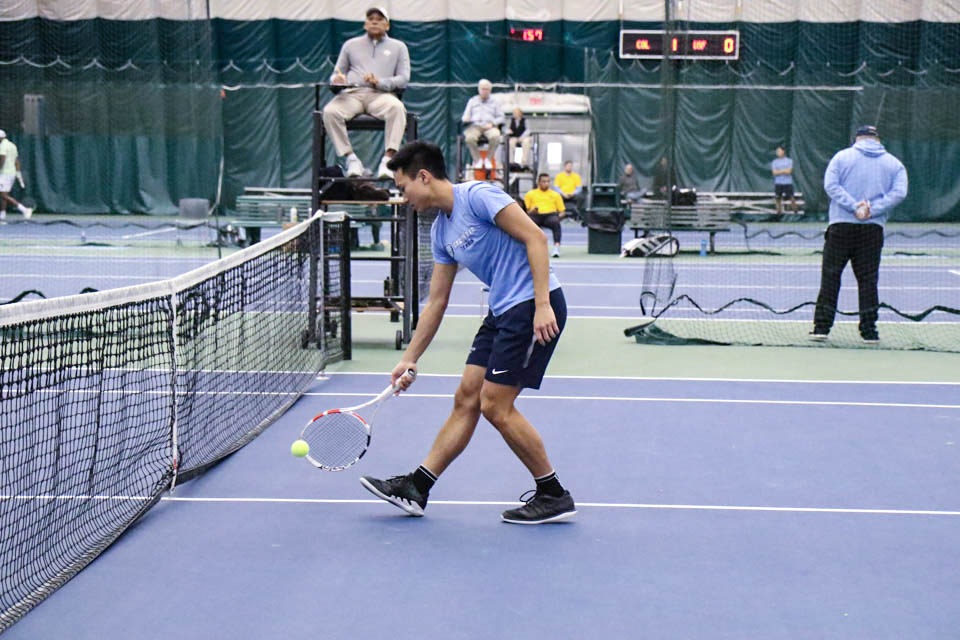 The Lions captured all six of their first sets in singles.

After two hard-fought wins over No. 20 Oklahoma State and No. 16, Tennessee, the No. 13 Columbia men’s tennis team came home to the Dick Savitt Tennis Center to sweep the University of South Florida 7-0, marking first-year head coach Howard Endelman’s win at home at the helm.

After struggling through its first sets in singles last week at the Intercollegiate Tennis Association Kickoff Weekend, a completely different Lions team (3-0) came home to face the Bulls (4-2) and captured all of its first sets.

On the singles court, No. 6 junior Jack Lin asserted his ranking as he made quick work out of No. 121 Chase Ferguson. To cement the third point for the Light Blue, junior Austen Huang took his match in straight sets, 6-1, 6-3. Huang currently remains undefeated in singles for the spring dual season.

Though the game had already been decided, the remainder of the singles matches were played to completion. At third singles, junior Rian Pandole was triumphant over USF’s Pierre Luquet 6-1, 6-3.

Additionally, senior Adam Ambrozy was victorious in his match 7-6, 6-4. To complete the shutout, No. 73 senior Jackie Tang captured his first set 6-3, but fell in his second set 4-6. However, he came back in his third set 6-3 to cement the blank.

Next, the Lions will face No. 16 Michigan on Sunday, Feb. 8. First serve is at 11 a.m. at the Dick Savitt Tennis Center.