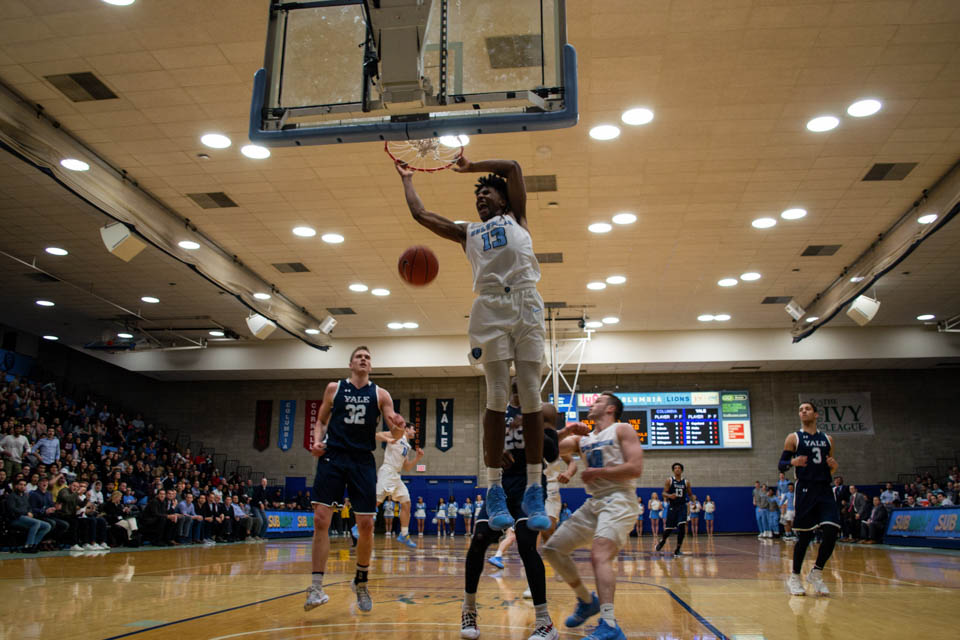 The Columbia men’s basketball team (6-14) continued to struggle on the road as the team dropped games against both Yale (16-4) and Brown (9-8). While the result was the same in both contests, the Lions put out very different performances in each matchup.

In Friday night’s game against the Yale Bulldogs, the Lions found themselves in a hole early on, falling behind by as much as 21 points in the first half before ultimately losing by a final score of 93-62. The team put up more of a fight in the game against the Brown Bears the subsequent night, holding a lead as late as 3:36 left in the second half before allowing the Bears to pull away in the closing minutes.

While both games ended in a loss, one bright spot was senior guard Mike Smith, who, in both games this weekend and almost all of its contests this season, led the team in scoring. In matchups against Yale and Brown, Smith finished with 20 points, both of which were game-highs, while also leading the Lions in minutes.

Most impressive about Smith is that he doesn’t rely on his size—as he stands at only 5 feet, 11 inches, making him the smallest member of the Lions’ starting five—to score. Rather, Smith has a masterful knack for reading his defender and reacting to get as much separation as possible. This ability to shake defenders allows him to get into the midrange seemingly at will.

Even though Smith was able to get his shots up against Yale, his offense was not enough against the Bulldogs’ size and adept shooting. The Bulldogs’ frontcourt features two players above 6 feet, 9 inches while Columbia’s starting big, junior forward Randy Brumant, stands at 6 feet, 7 inches.

Yale took advantage of this difference as Paul Atkinson and Jordan Bruner finished with 14 points each. However, the star of the show for Yale was sixth man Matthue Cotton. After finishing with a career-high 20 points in the Bulldogs’ last game, he went 6-10 from behind the arc in this game, finishing with 20 points once again. For head coach Jim Engles, Cotton’s unexpected scoring outburst put added pressure on the Lions’ defense.

“The kid Cotton got hot, made four threes. You focus on one thing then a good team takes advantage of the thing you’re not really focused on as much,” Engles said. “That’s what I thought happened.”

Engles went on to say that he would “expect to see a better effort tomorrow night” against Brown, and the Lions did not disappoint as they held a lead late into the second half. While the Lions did perform better in certain facets of the game, they struggled in the free-throw battle. While Columbia got to the line nine times in this game, converting five shots, it allowed Brown to shoot an absurdly high 27 free throws.

This inability to keep Brown off the line ultimately cost Columbia, as it squandered a late lead. For first-year guard Jack Forrest, the transition to playing college basketball is an evolving process as he adapts to the subtle differences on both ends of the floor.

“You’re playing these teams every year, over and over, so they have some idea of what you run offensively and defensively and they have a week to scout you every week,” Forrest said. “So it’s a lot more intensive defensively and it’s harder to get shots off.”

Forrest and the rest of the Lions will have another chance to acclimate to Ivy League competition this weekend as they take on the University of Pennsylvania on Friday, Feb. 7 at 7 p.m. and Princeton on Saturday, Feb. 8 at 7 p.m. at Levien Gymnasium.