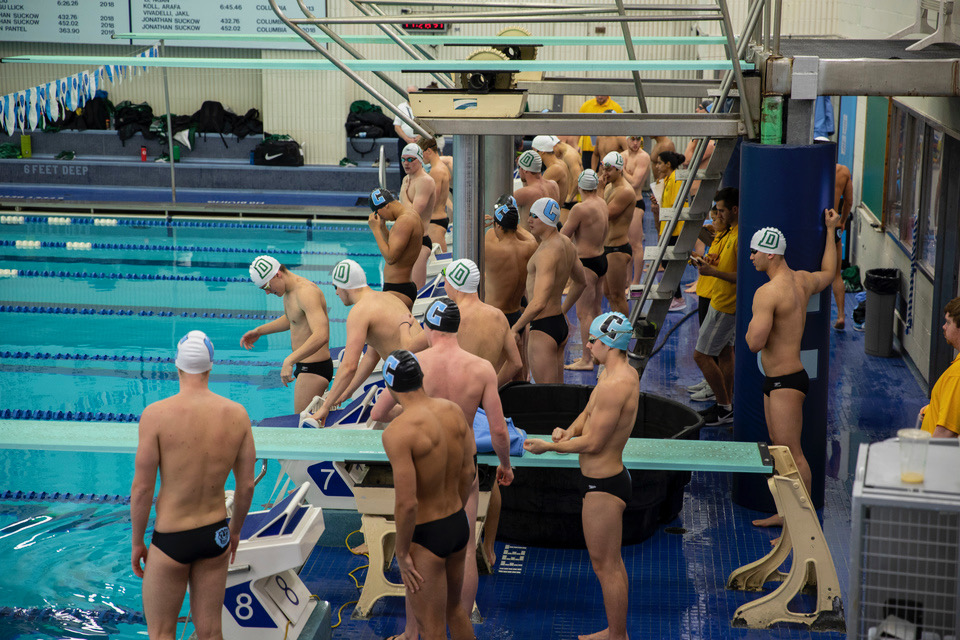 Men’s swimming won in Princeton for the first time in 40 years this weekend.

Columbia men’s swimming and diving finished its dual season with its first road win of the year and the Light Blue’s first victory against Princeton since 1980. The Lions finished their dual meet season at 6-3 and 5-2 Ivy after beating the second-best team in the league.

The 160-140 win was unexpected for a variety of reasons. When the two teams competed against each other at last year’s Ivy League championships, Columbia finished in fourth place, a couple hundred points behind Princeton’s second place. The Light Blue also raced against Princeton earlier this season at the Big Al Invitational and finished fifth, 441 points behind the victorious Tigers. In addition, the Lions had been dominated in their last two road matches. At first glance, it didn’t seem like they were the team most likely to storm into what head coach Jim Bolster called a fast meet at DeNunzio Pool and pull off a gutsy road win.

The Lions’ victory came in large part because of their success in events like the 100 and 200 backstroke, both of which have been weak spots in previous weeks. Junior Baptiste Leger finished third in the 200 backstroke and fifth in the 100 backstroke against Navy during Columbia’s last road match. Against Princeton, however, he and teammate senior Cole Stevens dominated, putting the Tigers on their heels after Princeton came out of the gates strong.

“It was critical to get things rolling in our favor with that backstroke event,” Bolster said. “We ended up with 1-2-4 [in the event], so that was pivotal to us getting on a roll and starting to get a little bit of momentum.”

The stars aligned for the Light Blue in other events, as well. The team put up surprisingly strong performances in the 500 freestyle and the 3-meter dive, while also managing to keep a strong hold on the relays and sprint freestyle that have served as the team’s foundation this season. After leading by only a 5-point margin halfway through the meet, the Lions battled through the back half to the win.

In the last dual meet of his career, senior Nian-Guo Liu was especially fantastic. He earned Columbia’s second win of the season in the 500 freestyle, part of a performance in which he won all four of the events he swam in.

The Lions will look to build off of this performance when they take on Princeton, and their six other Ivy rivals, at the conference championships. Although the championship meet is a multi-day, longer-form competition—meaning team depth is much more important—Bolster said that he thinks this meet provides a “springboard” for Ivy success.

“It gives the guys a lot of positive momentum and excitement about what lies ahead,” Bolster said. “It doesn’t necessarily predict anything, other than it shows these guys that… we’re a pretty good team, pretty talented, and let’s get ready for championships and see what we can do there.”

The Lions will take on the rest of the league at the Ivy League Championships from Feb. 26 through Feb. 29 at Harvard. The meet will be streamed on ESPN Plus.