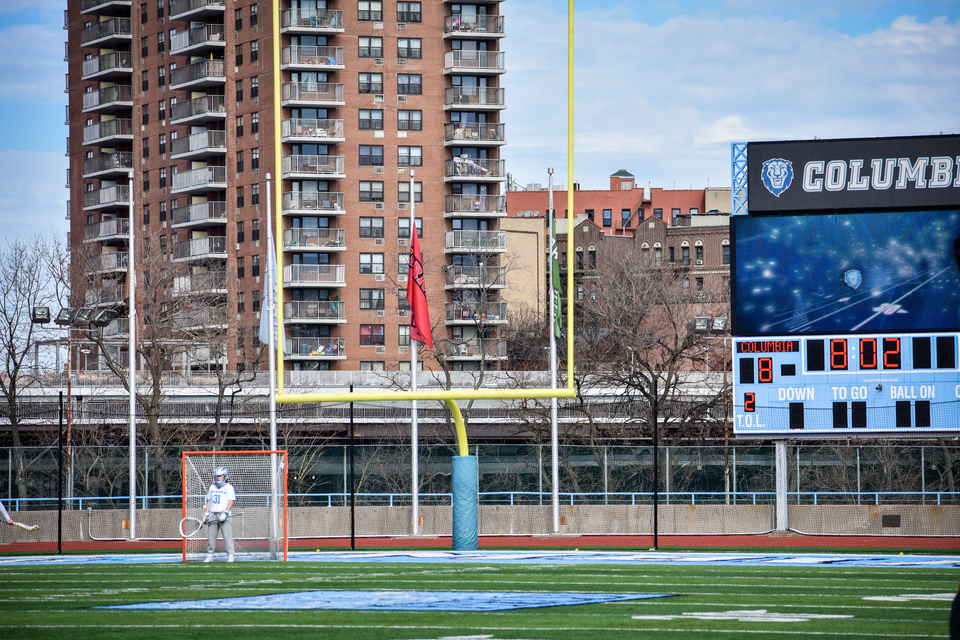 The Lions fell to a eighth-ranked Princeton team and continued their opening four-game skid.

Columbia lacrosse entered Saturday’s Ivy opener against Princeton on a three-game losing streak and left with the worst loss of its young season to the three-peat Ivy League champion.

The Lions (0-4, 0-1 Ivy) had already lost in nonconference play to three unranked opponents before facing the Tigers, so when the Light Blue came home to play No. 8 Princeton—which it has never beaten—nobody expected the team’s afternoon to go particularly well.

Madigan was an offensive bright spot for the Lions, netting four goals on seven shots to solidify her spot as Columbia’s leading scorer. However, her goals were clearly solo efforts, coming from individual, quick strikes on the center of the defense after casual passing and cradling by the rest of the team.

The Lions’ ball movement was poor throughout the game, especially in the first half, as Columbia players tried to attack the heart of the Tiger defense alone. The Light Blue has had five assists in four games this year, and not a single Columbia goal was assisted on Saturday. Although the Lions scored five times in the second half, four of the goals came outside the flow of play, from free-position shots after fouls by Princeton defenders.

In contrast, Princeton did not hesitate to move the ball on offense; attackers and midfielders consistently scored by moving the ball around the Columbia defense and then cutting through the middle. The team’s precise passing and disciplined cutting led to 11 assists for the Tigers, a season-high. And when the Lions condensed to block incoming cutters, outside Princeton attackers crashed the defense and shot for solo goals.

Columbia was relatively more competitive in the second half while recovering its 12-point deficit from the first half by the final whistle. The game ended 19-7. The lopsided score was actually an improvement from last year, when the Lions lost 19-1 in New Jersey. Columbia has never defeated Princeton in women’s lacrosse, and as Princeton has won the Ivy League title four times in the past five years, no one expected the Lions to emerge victorious.

Although the Lions did not threaten to close the gap in the second half, they remained energetic, especially on the sideline, even after unforced errors and offensive miscues. The message from the sideline matched an all-too-appropriate verse off their halftime playlist, which could be heard as players shivered in the cold while the scoreboard read 14-2: “Everyone falls down sometimes / But you just gotta know it’ll all be fine.”

In the midst of a winless start to the season, the Lions may need a little more urgency than what’s present in the pre-chorus of Surfaces’ “Sunday Best.” To turn their season around, they’ll need more defensive discipline, ball movement, and consistent goalkeeping. But if the sideline was any indication on Saturday, the Light Blue is not too demoralized to break out of its skid, even after a grueling loss to Princeton.

The Lions will try to end their losing streak at home against Temple on Wednesday, March 4. The game will be aired at 3 p.m. on ESPN Plus.