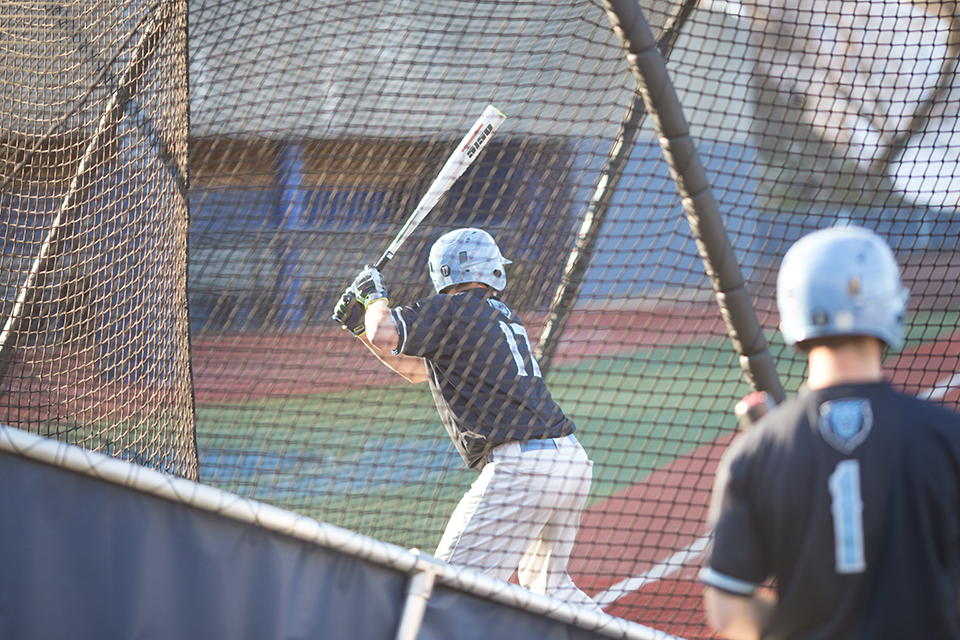 Junior Josh Nicoloff went 4-5 with one RBI on Saturday, the best hitting day for a Lion so far.

In its first competition of 2020, baseball traveled to Fresno State for four consecutive games against the Bulldogs and lost all four contests. Although senior Julian Bury and junior Josh Nicoloff shone at the plate, the rest of the Lions struggled to produce runs, and Fresno State’s hitters battered most of the Light Blue’s pitching.

Columbia (0-4) immediately fell behind in the series opener on Friday as the Bulldogs jumped to a 9-0 lead after the first six innings, riding two home runs to offensive dominance. The Lions’ starting pitcher, sophomore Sean Higgins, exited the game due to injury after allowing two runs over an inning-plus, earning him the day’s loss. However, this loss opened up the opportunity for sophomore Jacob Phelps to impress in his first career pitching performance, tossing two scoreless innings, allowing no hits or walks.

Columbia’s offense was stifled from a dominant performance from Fresno State’s Jaime Arias, who struck out 12 Lions in a seven-inning, one-run showing. The Lions would ultimately lose Friday’s contest 9-1 after sophomore Tyler MacGregor blasted an RBI double to drive in first-year Andy Blake. Although that run was the only offense Columbia mustered, Bury and Blake each plated two hits, leading the Lions in that category on Friday.

In a significantly better performance during the Light Blue’s Saturday doubleheader, Columbia’s bats started to come alive against the Bulldogs’ pitching, producing six runs over the two games.

Some of that offense came from Blake’s and sophomore Joshua Solomon’s first career home runs, which trimmed Fresno State’s lead in Saturday’s first game, ultimately bringing the final score to 7-4, the closest margin all weekend.

Nicoloff also boosted Columbia’s offense on the first Saturday game, knocking four hits and driving in one run in the best single-game performance from any Lion hitter this season.

Saturday’s nightcap was a more decisive win for Fresno State, which locked up the series with a 10-2 victory. Senior Will West pitched for the first time since 2017 and showed dynamic potential amid a difficult outing, striking out eight Bulldogs over four innings of relief, though he allowed three runs in the process.

Fresno State continued its success by sweeping the series on Sunday, powering past the Lions for a 12-3 victory in the most one-sided game all weekend.

There were still numerous bright spots for the Lions on Sunday, though, as Bury went 3-5 to extend his hitting streak from 2019 to a scorching 19 games. Bury and Nicoloff were outstanding on the weekend, as Bury slugged .688 while Nicoloff batted .444 with two RBIs and eight hits. If they remain consistent, the two seniors are shaping up to be a devastating one-two punch at the top of the Lions’ batting order.

Columbia faces another challenge as it travels to Lincoln, Nebraska on Friday, Mar. 6 to play the Cornhuskers. First pitch is at 2:30 p.m.