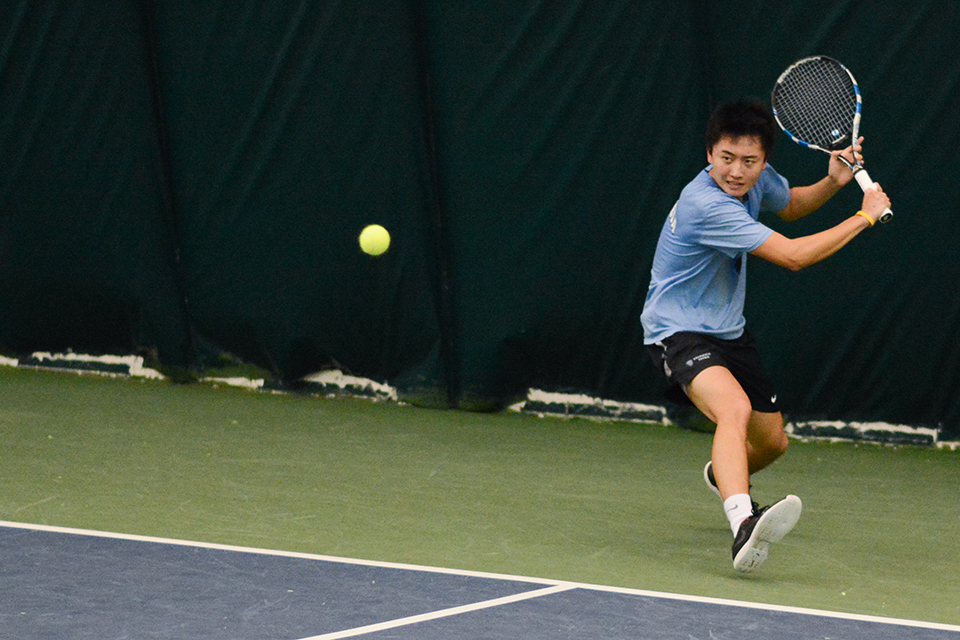 Men’s tennis bounced back from a devastating loss to No. 34 Northwestern to blank Florida Atlantic University at the Dick Savitt Tennis Center.

This was the first time that the two programs faced one another. The Lions came in with the advantage of two ranked singles players in comparison to FAU’s zero. Florida Atlantic (5-11) did not pose much of a challenge for the No. 9 Lions (7-3), who have now reached five consecutive weeks in the top 10 of ITA rankings.

Despite the dominant showing, the Lions continued to lack consistency in their doubles lineup. However, the Light Blue might have just found its sweet spot, clinching its first doubles point since Feb. 16.

Junior Jack Lin paired up with fellow junior Jason Lui at top doubles. Though Lin usually plays with senior Jackie Tang, the pair has not been together for three games now, despite being ranked No. 6 in the ITA. Additionally, the tandem of junior Rian Pandole and Tang made quick work of FAU’s Gerard Escandell and Yovan Lambros. Senior Adam Ambrozy and first-year Alex Kotzen clinched the early advantage for the Lions, 6-3.

Singles were a similar showing, as the Lions captured their first sets in four of the six matches. Lin blanked his opponent 6-0, 6-0 to earn the Light Blue its second point of the day. Pandole quickly responded to Lin’s win with a triumph of his own at third doubles 6-3, 6-0.

Junior Austen Huang continued his undefeated streak this weekend. After forcing a tiebreaker in the first set 7-5, Huang blanked his opponent in the second set 6-0 to clinch the win for the Lions.

At second and fifth doubles, however, the Light Blue did not have as easy of a time triumphing over Florida Atlantic. No. 100 Tang dropped his first set 3-6, but rallied back in his second set after forcing a tiebreaker 7-5. Tang went on to be victorious in his match 1-0 (10-3).

At the time of publication, men’s tennis is set to take its annual spring break road trip to Texas. The team will face UT on Saturday, March 14. The first serve will take place at 1:00 p.m.