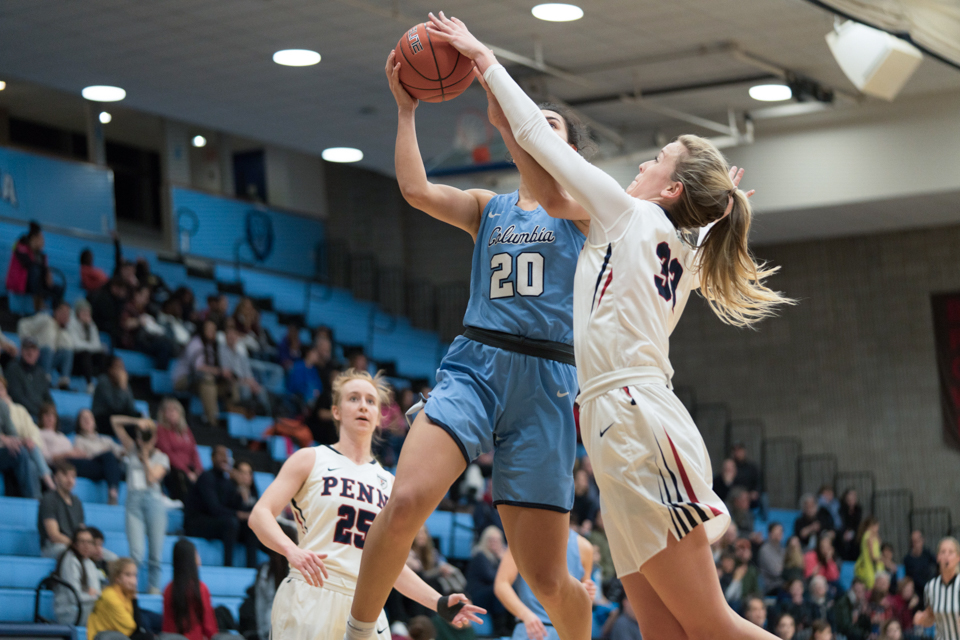 The Lions were to participate in the Ivy League tournament for the first time in program history before the cancelation of Ivy Madness.

Though nonessential personnel will no longer be allowed in events at Columbia, Athletics administrators said they will continue to cover events via ESPN Plus and live feeds, pending the availability of technical personnel.

The move follows Columbia’s decision to hold classes online and keep the campus open to students after spring break while other universities, in contrast, have chosen to ask their students not to return. At Harvard University, students were given until this Sunday, March 15, to leave their dorms indefinitely.

Meanwhile, New York has among the highest counts of COVID-19 in the country with 173 confirmed cases. Just north of the city, in New Rochelle, officials have announced plans to implement a one-mile “containment area,” with all food and necessities delivered to residents by the National Guard. In comparison, there are 15 confirmed cases of COVID-19 in New Jersey and nine in Boston.

Athletics games, however, seem to have received less disruption than daily campus activities. Harvard University has canceled a number of athletic events through March 22 but will continue competing as scheduled for sports such as baseball. Nationally, the Ivy League has moved to cancel the 2020 Ivy League Men’s and Women’s Basketball Tournaments scheduled to take place from March 13 to 15 in Cambridge, Massachusetts due to augmenting concerns about the COVID-19 outbreak.

In a statement regarding the changes, Ivy League Executive Director Robin Harris stated her sympathies with the athletic community.

“We understand and share the disappointment with student-athletes, coaches, and fans who will not be able to participate in these tournaments,” Harris said. “Regrettably, the information and recommendations presented to us from public health authorities and medical professionals have convinced us that this is the most prudent decision.”

However, despite the Ivy League’s concern over those participating in Ivy Madness, the League did not pull out of the NCAA tournament—a setting that brings together 132 of the top basketball teams between men’s and women’s basketball with over 3,000 players and coaches—or cancel any of its other post-season competitions. In comparison, the canceled tournaments only gather eight teams across both programs.

The Ivy League basketball tournament is traditionally when the Ancient Eight gets the most exposure from televised programs, which generate significant profits for the team through sponsorships. Most Ivy League basketball games remain on ESPN’s online platform ESPN Plus or local news stations, and the championship matchup for the women was slated to play on ESPN News. The men’s teams were to be televised for both games: ESPNU for the preliminaries and ESPN2 for the finals.

As a result, the loss of the Ivy League tournament will be a financial loss for the Ivy League this season since tickets were refunded and no sponsorship deals will result at the game. Without the extra exposure, the Ivy League will not receive the expected boost in fans, possibly stifling next season’s crowd as well.

The cancellation of the tournament will also effectively end Columbia’s women’s basketball’s chances for its first Ivy League title, allowing the Tigers to automatically qualify for the NCAA tournament. The same process will be played out on the men’s side with No. 1 seeded Yale to represent the Ivy League in March Madness.

The Ivy League men’s diving championship taking place currently is still slated to continue. However, for these games and all other matchups for the foreseeable future, in-person viewership will be heavily limited. The Ivy League has yet to disclose the breadth of these restrictions.

Columbia Athletics and Megan Griffith have not responded to requests for comment.

This is a breaking news story, check in for more updates.