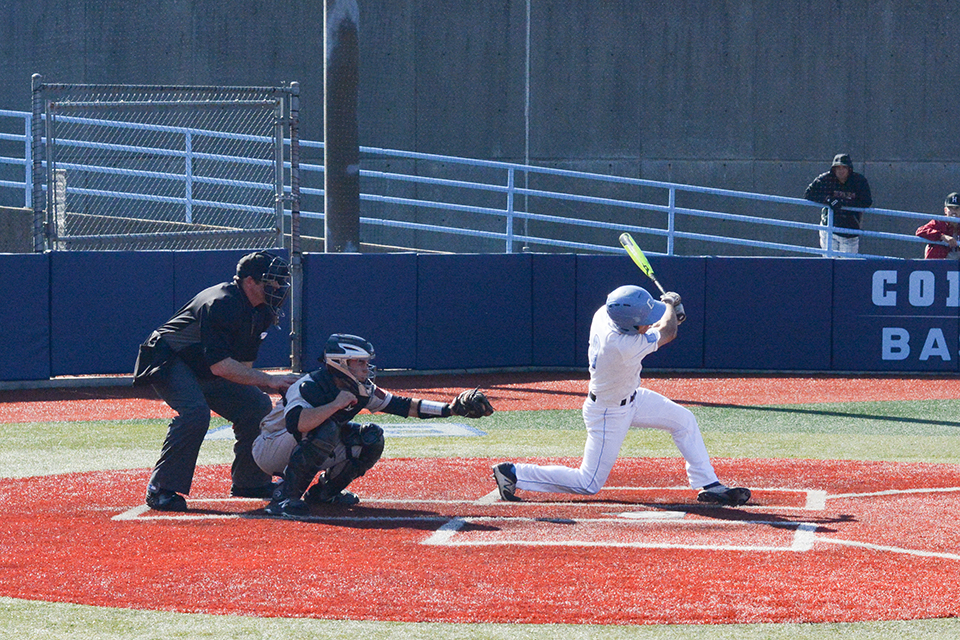 Pitching paved the way for Columbia’s first win all season on Saturday.

In its second series, the baseball team traveled over 1200 miles to lose three out of four games to the University of Nebraska, whose impressive pitching stifled Columbia’s offense in a hard-fought slate.

The Cornhuskers were the next part of the Lions’ challenging road schedule, and they brought an impressive postseason resume: Last season, they made it to the Oklahoma City Regional, earning a 3-2 record against Michigan, who would go on to the final of the 2019 NCAA Championship. While Nebraska’s (5-8) pitching overwhelmed much of Columbia’s (1-7) offense, a few hitters and pitchers caught fire on the weekend, inspiring hope for the rest of the season.

Sophomore outfielder Joshua Solomon was a spark plug for the Light Blue all weekend, driving blasting two home runs and a double against Nebraska. Solomon’s offensive breakout brought his OPS to a team-high of .925, though the sophomore’s power-based approach also produces a notable downside—Solomon also leads the team in strikeouts at 11.

Junior Josh Nicoloff and senior Julian Bury built on their hot starts, combining for a total of eight hits against Nebraska. The two have become a fixture atop the Lions’ lineup, and they have also paced the team in hits, as Nicoloff has produced 13 and Bury 11.

“Julian and Josh are the guys who get the motor on offense going. They’re both getting on base and having good at-bats and seeing the ball well,” Boretti said.

Despite the offensive bright spots, the Lions struggled to match the Cornhuskers’ offensive pace most of the weekend. In all three of Columbia’s losses, the team couldn’t surpass five runs, falling victim to Nebraska’s pitching staff; Cornhusker starters Cade Povich and Kyle Perry allowed only one run each over six and five innings, respectively.

Still, Boretti says the group improved from their showing last week at Fresno State when they averaged 2.5 runs per game versus this week’s 3.25 runs per game.

“I think we did a better job this weekend—especially Saturday and [Sunday] with our pitch selection and working the count better.”

In Columbia’s one win against Nebraska during game two of Saturday’s doubleheader, it was the Lions’ pitching that eventually sealed their victory. Sophomore Will Geerdes and first-year Nate Beimel combined to toss nine innings with only one earned run, striking out eight along the way. Geerdes threw five scoreless innings to start, only surrendering one hit and two walks. Beimel then came out of the bullpen, shutting down the Cornhuskers with four innings of two-run pitching.

The Light Blue came away with a 3-2 triumph with the help of Solomon, who knocked in his third home run of the season, as well as sophomore utilityman Tyler MacGregor and senior catcher Liam McGill, who each had an RBI.

Although the 1-7 start isn’t an ideal pace for the rest of the year, it is right on par with Columbia’s records the past two years, when they started 0-8 in 2019 and 1-7 in 2018, reflecting the difficulty of the away series that Columbia schedules against impressive opponents.

The Lions next play on Friday, March 13 against East Carolina in Greenville, North Carolina. The first pitch is at 6:30 p.m.