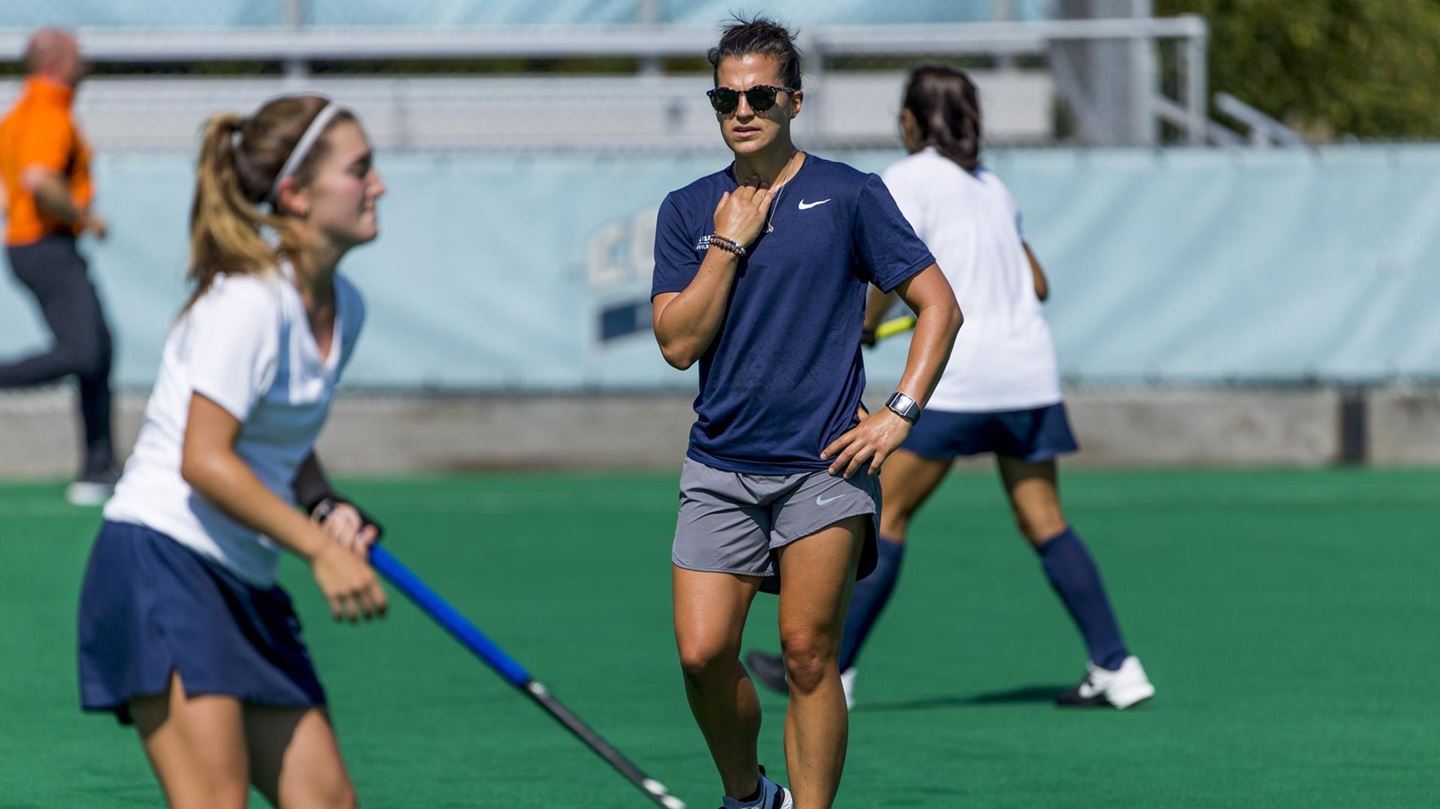 DeSandis spent three years as the Lions’ assistant coach before she was promoted.

Columbia Athletics has named former assistant coach Katie DeSandis, CC ’13, as the head coach of the field hockey team. DeSandis previously spent four years as a player for the Lions and joined the team as an assistant coach for the past three seasons.

“Since committing to the admissions process as a high school student-athlete … I have set out to elevate Columbia field hockey to the top. And now, I have an opportunity to continue that mission by leading these young women in a way that instills the values of integrity, growth, service, and faith in one’s abilities,” DeSandis said in a statement.

The shift in leadership comes after Caroline Nelson-Nichols accepted a head coaching role at USA Field Hockey following five seasons with the Light Blue. In her time at Columbia, Nelson-Nichols tallied a record of 41 wins and 43 losses while leading the team to its first two victories over ranked opponents in 2019.

“She did an incredible job while working on Caroline Nelson-Nichols’ staff, from recruiting quality student-athletes to helping our team earn back-to-back wins over ranked opponents last season,” he said in a statement.

With a background of success within the Light Blue’s program, DeSandis became the sixth head coach to take the reins of Columbia field hockey. The four-year letter winner was one of the best defensive players in the Ivy League, recording 10 defensive saves along with 11 goals and 12 assists over the 67 games of her career. She earned a first-team All-Ivy nomination her senior year after finishing the season with 24 points.

DeSandis said her experience as a Lion contributes to her confidence as a head coach.

“I think one of the biggest advantages it brings is that you can relate to the players at such a deep level,” she said. “You’ve walked their walk, and you’ve had their experiences and education, which makes it easier to get on the same page and communicate that way.”

DeSandis also expressed a desire to further the positive team culture that had been a staple of Nelson-Nichols’ time.

“I think we’re at an awesome point with the program right now where everyone has bought in. You can really only have true team success when everyone is trying to better themselves because they understand it’s for the betterment of the team,” DeSandis said. “That’s when you hit your full potential, and I think we’re there.”

Field hockey, which took a step forward last season, looks poised to make a definitive run at the Ivy League trophy. The roster is anchored by seasoned players like seniors Kelsey Farkas and Alexa Conomikes and is completed by emerging scorers like junior Allison Smith and sophomore Ellie Decker. Now, the squad may have found its next leader.