With the end of the fall season, women’s team captains reflect on their Columbia experience

With the end of the fall season, women’s team captains reflect on their Columbia experience 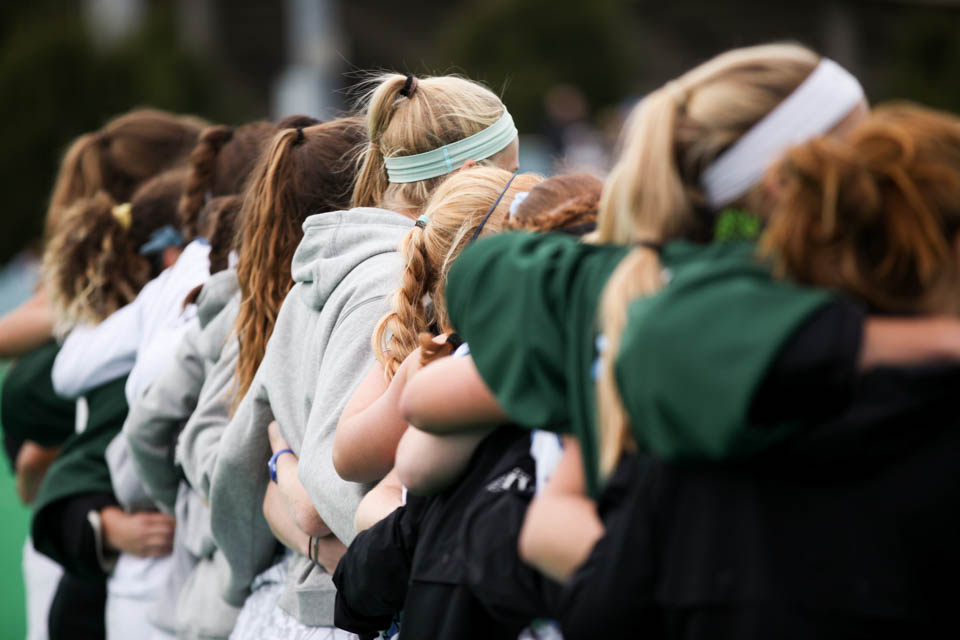 The seniors of Columbia’s women’s varsity teams reflected on how they were adapting to being online and preparing the future leaders and discussed the future of their own respective Columbia careers.

Following the Ivy League’s decision to cancel winter sports at the beginning of the semester, 2020 was a roller coaster and a heartbreaking year for athletes at Columbia.

With their last chance to step on the field revoked, seniors have been especially hurt by the loss of the season. As a result of the pandemic, captains and senior leaders have been forced to transition and adjust to new norms for the sake of team unity.

Even though many captains spent their fall semesters across the country or even internationally, several were able to share their experiences at a captain’s roundtable.

Some of the captains, like Audrey Cheng, CC ’21, and Allie Hays, CC ’21, of volleyball and cross country, respectively, discussed how their semesters changed from moving to Boulder, Colorado.

“As a runner, it’s been really awesome, because it’s a super cool running community, lots of cool trails,” Hays said.

Cheng had similar sentiments about her adjusted living accommodations in Colorado and being off-campus this fall. “I’m close to home, and I was able to get some Columbia athletes out here actually, to live with,” Cheng said. “So it’s been really great having those two parts of my life be here together.”

While some of the other captains, including Cayla Davis, CC ’21, and Kelsey Farkas, CC ’21, of soccer and field hockey, respectively, made their way out of the United States and went to Ireland to play their sports. Both were motivated to maintain their competitive drive, in hopes of once again playing at the college level.

“I wanted to retain my eligibility, but also, I’ve always wanted to play and get experience abroad,” Davis said. “I was able to find a team in Ireland, and I played with a couple of girls on the club, and I lived with a couple of the girls in the Columbia field hockey team who found similar opportunities.”

Farkas found solace in international competition to cope with the loss of her senior season. “I was in Ireland for about two and a half months playing field hockey in Limerick with two of my teammates,” she said. “That was kind of like a silver lining, to at least play a little bit. It’s been hard, but also the situation is just what we’re all kind of living in at this point.”

While Davis and Farkas found opportunities abroad, other captains also spent this semester reflecting on their future, whether to pursue professional athletes or a more traditional career.

Some of the senior captains, including Davis, Farkas, and Hays, have considered the possibility of transferring to compete in their sports following graduation as a graduate student, or returning to Columbia as a fifth-year undergraduate athlete, seeing as the Ivy League is the only conference which does not allow graduate athletes.

Hays had an optimistic outlook about continuing to run for a new program and pursuing other opportunities.

“I didn’t have any eligibility as an athlete before COVID-19 hit,” Hays said. “So now I am taking a fifth year somewhere, and I’m going to get a master’s degree, when I otherwise wouldn’t have, which is going to be cool. I’ll get to experience a different university.”

However, some have to come to terms with the fact that they will never play competitively again. Soccer captains Samantha Slusher and Juliet Allen, both CC ’21, reflected on the emotional weight of this fall, which was supposed to be their final opportunity on the field.

“Personally, as a senior, one of the hardest things to digest is that that was my last chance and our last chance to compete,” Slusher said. “There’s very few times in my future that I can imagine that I’ll be placed in a competitive environment, like the one year given at Columbia and NCAA in general.”

Allen felt a lack of closure with the way her career ended. “Looking back like our last Harvard game [in fall 2019], we would have had no idea that this would have happened,” she said. “Obviously, we played our hearts out that game, but it’s weird not having that final senior year as a benchmark in your life. As an athlete, it’s something that we all look toward having.”

A captain’s responsibilities go beyond just leading a team across the season: The job entails maintaining team unity and morale and preparing the underclassmen for leadership roles. Especially with the move to online learning, team meetings have been primarily characterized by Zoom calls and online messaging, but these captains have worked hard to make sure that the future of Columbia Athletics and their teams is bright.

Cheng was proud of how some of her volleyball underclassmen stepped up during this time to become leaders but acknowledged that with the shift onto an online platform, her role as team leader has changed.

“Since everything’s virtual now, it becomes a lot more about how we are going to maintain spirits. How are we going to make sure that these freshmen still feel supported and still feel like they’re a part of the team, despite the fact that we’re all in different parts of the world right now?” Cheng said.

Other teams like field hockey have had the opportunity to train in person and continue to practice with each other even without the season. Farkas mentioned how well the team has been able to stay unified even with the loss of the season.

“A lot of people on my team, maybe around 10 and 12, have been living in the city,” Farkas said. “So that’s been really good. They’re all getting a chance to do things together and see people and maybe play a little bit.”

“It’s been a struggle, I think for everyone, but over time, we’ve adapted. We had a new leadership group elected, which will be helpful in, Influencing the future of the team. And hopefully, once I graduate alongside Alexa and the other seniors, I know, with the upcoming senior class, the team will be in good hands.”

While some of the seniors are preparing to say a final goodbye to collegiate athletics, others will hopefully be back on the pitch in the future. Columbia’s fall women’s sports teams continue to look promising. The captains have prepared the underclassmen to fill their shoes. Yet there is no doubt that these seniors have marked their senior legacies and careers into the records of Columbia Athletics.