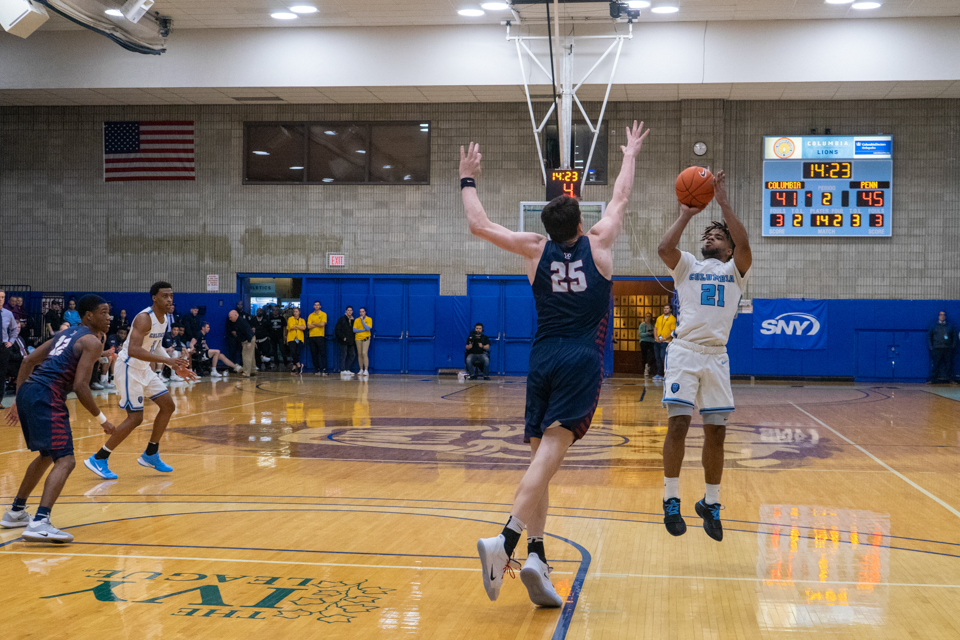 After suffering from a torn meniscus his junior year, Smith rebounded and made 30 starts in the 2019-20 season.

Mike Smith, CC ’20, a former star for the Lions who transferred to the University of Michigan last year, has announced that he will enter the NBA Draft. Smith was a key contributor to the Wolverines, who earned a spot in the Elite Eight in the NCAA March Madness tournament this year before being knocked out by UCLA.

“All my life I dreamed of playing in the NBA, but I have always been the underdog!” Smith said in a statement via Twitter. “I have always been told I was too small or that I wasn’t good enough to play at the next level. I never listened to them and I still don’t.”

I’ve always been the underdog so I think it’s only right to bet on myself and double down 🎲 #GoBlue💙💛 pic.twitter.com/Oqpctk7ZYt

Smith is fourth on Columbia’s all-time scoring list—with 1,653 points—and nabbed spots on the Light Blue’s leaderboard for assists, steals, and free throw percentage. He was also a notable team player—he has the second-most assists in Columbia history at 393.

As a first-year, Smith started every single game and notched double figure scoring performances in 19 of the 27 games. The following year, he averaged 17.6 points a game, leading the Lions and earning him a spot as the second-leading scorer in the Ivy League.

After suffering from a torn meniscus his junior year, Smith rebounded and made 30 starts in the 2019-20 season. Averaging 22.8 points per game, he landed the sixth spot on the NCAA’s scoring list. Smith chose to join the Wolverines last April as a graduate transfer as the Ivy League grappled with eligibility issues amid the coronavirus pandemic.

Smith continued to shine in Ann Arbor even as he shifted from leading scorer to facilitator, starting in every game for Michigan and averaging 9 points and 2.8 rebounds per game. Michigan clinched the Big Ten title, earned a No. 1 seed ranking, and brought the ninth-best offense in the country to March Madness. Smith remained a stellar passing guard even outside the Ancient Eight: he led the Wolverines and even the Big 10 with 141 assists, or 5.4 per game.

Technically, Smith could have returned to pursue a national title with Michigan after the NCAA announced that both seniors and fifth-year seniors could compete in the 2021-22 season. But the star point guard had other plans.

“No matter what anybody said, I kept working and betting on myself,” Smith’s Twitter statement continued. “I believe that we all have our own paths in life. So … it’s only right to continue to bet on myself and take that path and follow my dreams of playing in the NBA.”