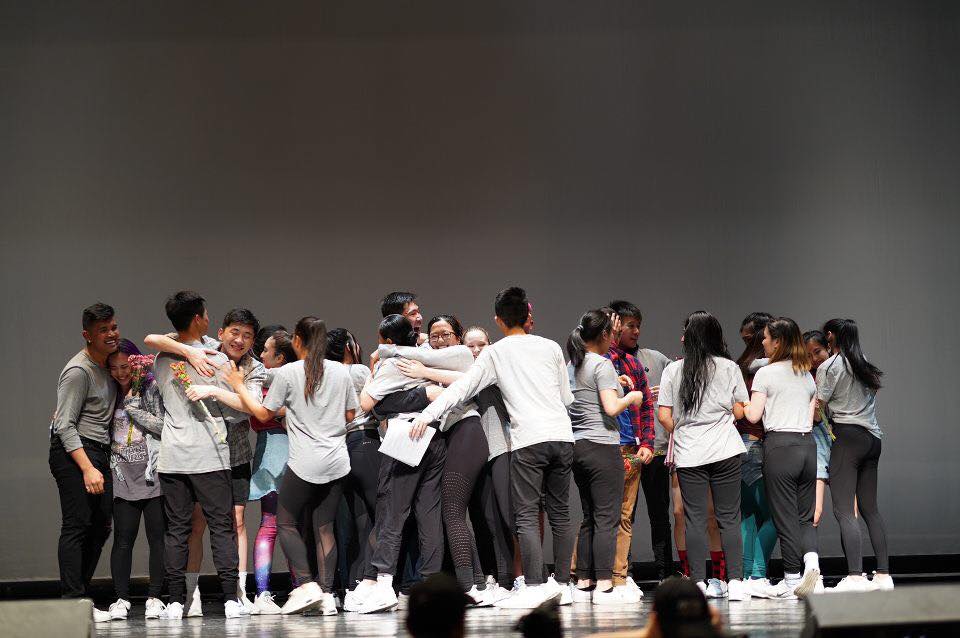 Members of CU Gen often refer to the team as a family.

The “Hoedown Throwdown” and urban dance are no conventional pairing. Yet, the combination of both on stage contributed to an impressive and heartwarmingly nostalgic performance which filled the Roone Arledge Auditorium with contagious laughter, roaring applause, and joyful sing-alongs.

On Thursday, CU Generation—an urban dance group on campus with its roots in Asian culture—held its third annual showcase, this year titled “Genesis,” in the Roone Arledge Auditorium.

“To us, Genesis is really about being able to create as a team,” CU Gen President Chantel Woo, BC ’20.

CU Generation, often referred to as “CU Gen,” is known for its thematic work, and accordingly began this year’s showcase with their “Frat Set,” a high-energy piece which comically utilized red solo cups and popular music including Cardi B’s “I Like It” and Jason Derulo and Nicki Minaj’s “Swalla.”

The team additionally gave a nod to its roots as a K-pop cover group by performing a “K-Pop Set.” It was the only set of the evening that was not originally choreographed by members of CU Gen, and instead drew its choreography from K-pop groups including Girls’ Generation and Red Velvet.

“We originated about 10 years ago as a K-pop cover group. Rehearsals were held gender segregated—it was very much branded as a K-pop interest group—and now we’ve really evolved into almost entirely original choreography with the exception of the throwback K-pop set that we’re doing. Definitely, I think we’re working toward a more inclusive makeup,” Woo said.

In addition to showcasing 10 of its own works, CU Gen invited campus dance groups Sabor, Raw Elementz, Raas, Venom, ONYX, and Nu Dance to perform in between its sets.

For members of Nu Dance—Columbia’s only all-contemporary dance group, which was founded last semester—“Genesis” was their first performance. They danced expressively to Bishop Briggs’ song “River,” incorporating technically advanced turns and jumps.

The Venom step team took the stage with a performance that had the audience cheering louder than the intricate rhythms the group members created with their bodies. The synchronicity they maintained through the applause was a testament to their cohesion as a group.

“This is just a chance for us to showcase all the work we’ve done throughout the year as a team, and we invite a bunch of guest performers who have supported us over the years to come showcase their work as well,” CU Gen Artistic Director Kenny Yuan, SEAS ’20, said.

Also a reflection of the group’s extensive history, several CU Gen alumni attended the event, and many participated in the “Alumni Set,” which gave former members an opportunity to share the stage with their teammates once again.

“We have one person who’s here this week from Japan, so she’s just hopping into the set, which is really cool,” Yuan said.

Members of CU Gen often refer to the team as a family, which was reflected in a short video created by the group in which students described the impact that being on the team has had on their Columbia experience. “CU Gen is family,” they repeated throughout the video.

“The team just tends to have a really tight-knit and positive environment, which I think is one of the main reasons people enjoy being on the team,” Yuan said.

CU Gen’s seniors also participated in a farewell set, cleverly titled “See You Gen,” featuring nostalgic music including the “Hoedown Throwdown” from Hannah Montana: The Movie and “I’ll Make a Man Out of You” from Disney’s Mulan.

Afterward, the seniors returned to the stage to share tearful embraces and goodbyes with the rest of the dancers. For many, this was their eighth semester on CU Gen.

The evening concluded with a “Feels Set,” which was collaboratively choreographed by 13 members of CU Gen for the whole team.

Emotional and uplifting, the “Feels Set” encapsulated exactly what the team members meant when they said, “CU Gen is family.” It was an opportunity for them to say their goodbyes to one another through movement.