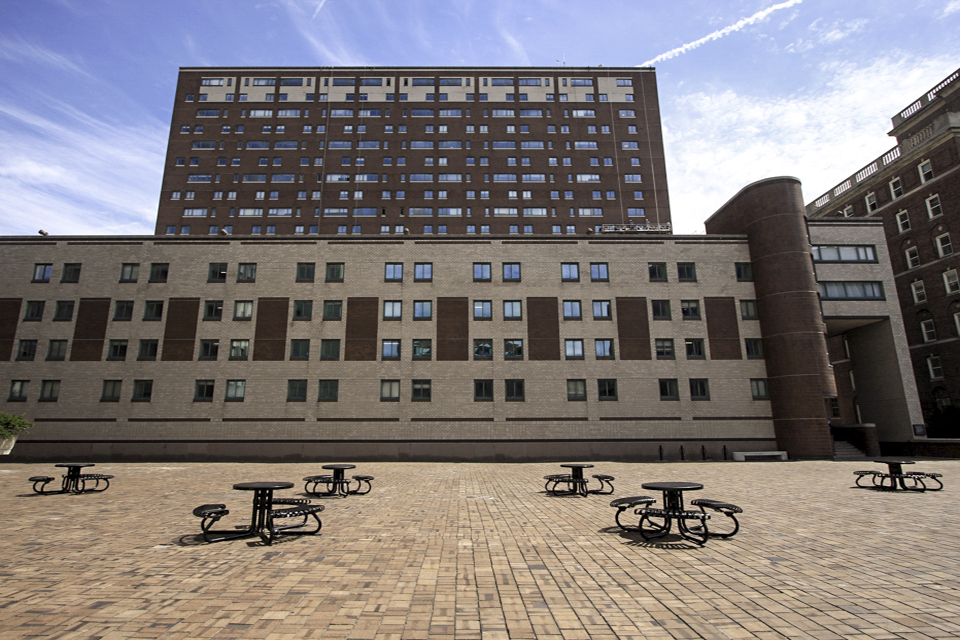 Though each alarm requires that students leave the building, the repeated false alarms have caused many residents to stop evacuating when the alarm sounds.

East Campus has seen an unusually high number of fire alarms in the past two weeks—over 20 since August 17, according to some student residents—causing many of its 700 residents to evacuate the building repeatedly throughout move-in, including early in the morning and late at night.

Though each alarm requires that students leave the building, the repeated false alarms have caused many residents to stop evacuating when the alarm sounds, posing a threat to them in the event of an actual fire.

Columbia Housing has attributed the recent disturbances to “condensation in the wiring and other issues.” In a statement to Spectator, a Facilities spokesperson said that technicians have been working to address the problem since the summer and urged students to continue to evacuate during any fire alarm.

“I think that it’s definitely a problem in that a ton of people have given up even listening to the fire alarms,” EC resident Orko Sakar, CC ’19, said. “It’s super frustrating because [my suite] talked to Housing and they didn’t really seem to know what was going on.”

The false alarms come off the heels of other facilities issues for EC residents—due to renovations, all EC rooms are not equipped with functioning stoves or ovens for the 2018-19 school year. Instead, students must utilize portable hot plates to cook. A Facilities spokesperson said hot plates were not the cause of the fire alarms.

With alarms a daily occurrence, many students now simply wait until fire alarms stop without leaving their rooms.

“At this point I’ll give it like 10 or 15 minutes and if it’s still ringing then I’ll go down, and I know a lot of people who don’t go down at all at this point,” said Sarah Fornshell, CC ’19, and a former deputy opinion editor for Spectator.

Fornshell moved into EC two weeks ago and has found administrative inaction to be as frustrating as the screech of the daily alarms.

“I called Housing and asked them, ‘Can you give us any information?’” Fornshell said on Tuesday afternoon. “I’ve counted 22 fire drills, and I haven’t gotten a single email [from Housing].”

Housing first emailed residents on Tuesday night to announce its ongoing work to reduce the number of false alarms. Earlier that day, signs were posted in EC warning of a “Fire Systems Inspection” from 10 a.m. to 4 p.m.

For students who live in the EC townhouses—located in the courtyard below the EC high-rise—the alarms aren’t audible at all. It is unclear whether or not this is connected to other problems with alarms.

“It’s completely unacceptable on Columbia’s part,” Sarkar said. “They’ve had all summer to get dorms into a livable state and this should not be happening.”