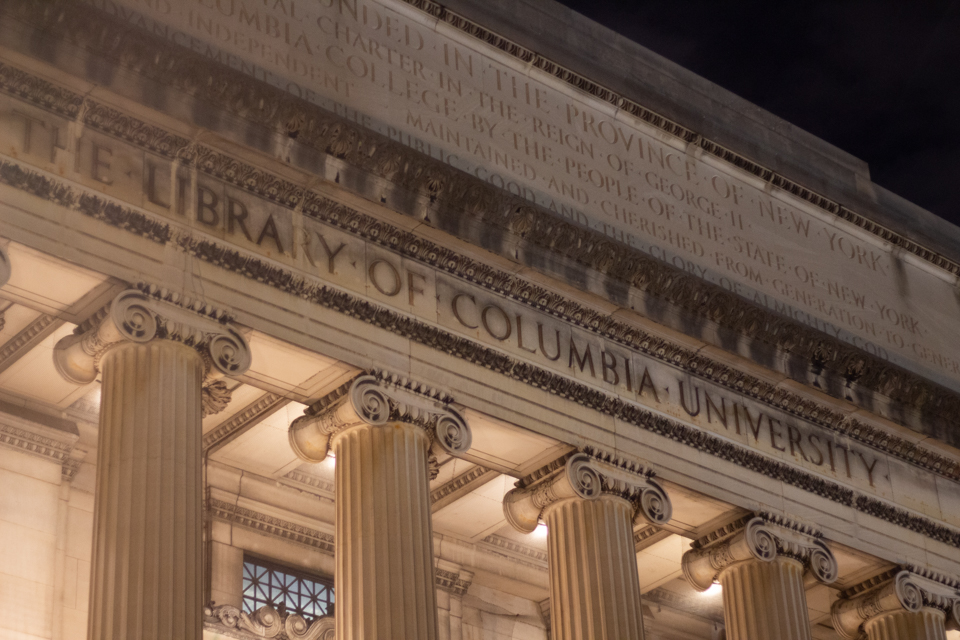 This is part 3 of a three-part series. Go back and read the introduction.

Nearly a year after Columbia found neuroscientist Thomas Jessell guilty of sexual misconduct, removed him from all administrative posts, and said his lab was to be dissolved, Jessell remained on campus working with students and using research facilities, Spectator has found.

After undergoing negotiations through a JAMS mediation and retiring from the University nearly two years ago, former history professor William Harris still has access to campus, and in particular, to resources in Butler Library. He also still lives in his Columbia-owned faculty apartment.

Nine months after English professor Michael Golston was found responsible by Columbia’s EOAA office for both sexual assault and sexual harassment, neither the complainant who filed the report against him nor faculty within the department have been informed of the full scope of sanctions that he will face. Almost a year later, the complainant still remained unaware whether Golston would continue to have access to campus or teach students, they told Spectator.

Because disciplinary measures enforced against tenured faculty are largely handled behind closed doors, almost no one is apprised of the full scope of sanctions a professor may face. For those who serve in advisory roles, a lack of information impedes their ability to accurately inform students of what steps to take, as well as the students’ trust in their oversight. And for those in close proximity to professors who have been found guilty, they must change their routines to avoid encountering them.

“When we ask victims to change their [lives] and allow individuals that have been found guilty of perpetrating crimes to continue as they were before, we’re kind of further re-traumatizing people whose power has been taken away and sending a message that it’s the responsibility of the victim to fix something that clearly wasn’t their fault,” psychologist and former Title IX coordinator Brian Mistler said.

And the lack of transparency surrounding the settlement process, compounded by the fact that these professors often remain on campus, reinforces a striking idea: tenured faculty on Columbia’s campus are invincible.

“I’m really not surprised that Jessell remained on campus,” Jackson Welles, CC ’19 and an undergraduate researcher at the Zuckerman Mind Brain Behavior Institute, said. “Maybe I’m just cynical, but he’s a famous and tenured faculty member. Why would Columbia remove him?”

As Title IX interpretations regarding effective institutional response to sexual misconduct shift dramatically on the national stage, universities find themselves struggling to adjust policies for faculty discipline that are, in some cases, centuries old.

In this debate, however, some have argued that challenges to tenure protections pose a threat to the fundamental qualities of academic progress. In response to the Dear Colleague letter under the Obama administration, which outlined new guidelines for Title IX compliance on campus, the Association of American University Professors went on the offensive.

"The contemporary interpretation, implementation, and enforcement of Title IX threatens academic freedom and shared governance in ways that frustrate the statute’s stated goals," the new AAUP report said, written by a joint subcommittee of the association’s Committee on Academic Freedom and Tenure and its Committee on Women in the Profession.

But at Columbia, faculty and students alike argue that tenure and academic freedom disproportionately take precedence over the demands that Title IX places on tenured faculty members.

“The school seems to say, ‘well we can’t do much,’” said Patrick Bolton, a tenured business school professor who testified in the Ravina trial. “On the one side, you have the concerns about legal risk with respect to disciplinary actions against a senior faculty, which is the one that the University has really put forward. … But you have on the other side … a complaint that hasn’t been properly addressed.”

While the University announced publicly that Harris would be stripped of his emeritus status and his involvement in any University activities, the terms of his settlement were not made public. Students have reported they were forced to share tight spaces with Harris in the ancient and medieval studies and papyrology and epigraphy reading rooms in Butler, locations that classics students frequent for research.

For many, his presence came as an unwelcome shock.

“It makes my skin crawl, and I basically can’t even bring myself to look at him or in his direction,” said one classics student on running into Harris in the library. The student spoke to Spectator on the condition of anonymity for fear of retaliation from the University.

One faculty member, who works with classics and classical studies students, expressed their frustration over the fact that nothing had been communicated to faculty about the conditions of Harris’ use of campus resources, such as the library.

“When faculty do not know about arrangements like that, it limits our ability to advise graduate students who look to us to be responsible for their wellbeing and to help them navigate uncertain situations like this. ... It is difficult to credibly assert that this is an institution that takes these things seriously when we as faculty are not given any information about how seriously the institution has taken this issue,” the faculty member, who spoke to Spectator under condition of anonymity due to the sensitive nature of the subject, said.

After the University formally announced Jessell’s removal, he was permitted to remain in his lab twice a week for eight hours at a time, according to both a researcher and a faculty member at MBBI who has worked in close proximity to the Jessell lab. However, Jessell came in nearly every day for at least a month after restrictions were placed, and though his lab was formally dissolved at the end of May 2018, he continued to work with researchers under his supervision until at least late November of that year. The lab equipment from Jessell’s old lab, housed at the medical campus, was moved into the new building at Jerome L. Greene Science Center in Manhattanville that June.

Due to the specificity of scientific research, many projects required Jessell’s continuing assistance, the faculty member said. But students and researchers at MBBI were not officially made aware that Jessell would be working in the new building, nor were they informed about how long he would be permitted to continue his work there.

“I knew he was around because I had seen him. … I didn’t know he would be in the new building because his lab was being dissolved, though I’m not surprised either. We just expected him to continue his work, and the University never said anything about the fact that he was still there,” the researcher, who spoke on the condition of anonymity for fear of retaliation, said.

In July 2018, Golston was found responsible for “sexual assault: contact” and sexual harassment, EOAA documents show. But the complainant, who is on indefinite leave from the University, was only informed that Golston would no longer be allowed to teach or work with students when they directly reached out to administrators for more information, after nearly a year without any update about his access to campus.

By contrast, when untenured photography professor Thomas Roma was accused of sexual harassment by five women in January 2018, the University publicly announced that he was banned from campus just two months later.

Within Columbia’s current framework to deal with allegations against tenured faculty, Harris’ retirement embodies, in many ways, the best case outcome—he agreed to effectively leave the University, giving up his teaching duties despite a contractual right to continue working.

But the opacity of University decision making processes run contrary to the campus community’s call for transparency. And when students lack faith in the systems that are meant to protect them, they lose hope in the very institutions intended to safeguard their academic and personal growth.

“Should the statutes be changed to lower the barriers to removing the rights of tenure in part or in entirety given certain findings of misbehavior, whether it’s sexual misconduct or other types of behavior? That is something that is extremely complex and very emotional kind of issue,” Bollinger said to Spectator in February. “Whether we should take this on or not, I am uncertain myself at this point.”