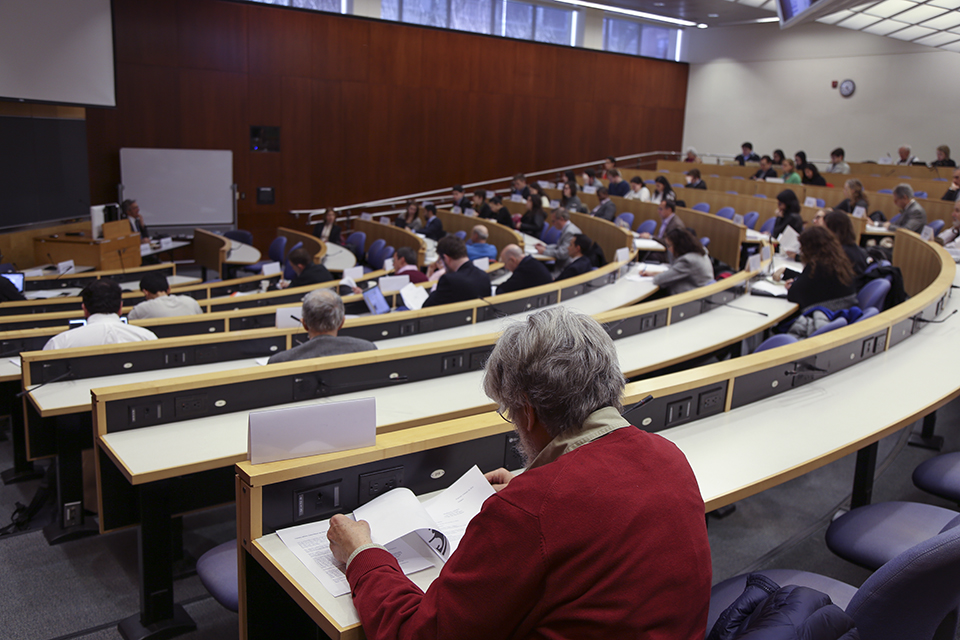 The University Senate went over results of the Quality of Life survey at the plenary Friday.

Students are slightly more satisfied with their experience at Columbia than they were two years ago, according to the University Senate Student Affairs Committee's 2015 Quality of Life Survey.

Over 10,000 students—both undergraduate and graduate—participated in the biennial University-wide survey, which "aims to characterize student satisfaction and provide data that will ultimately enhance the student experience at Columbia."

The full report, which SAC presented at Friday's senate plenary, sought student feedback on areas including housing, academics, administration, safety, and social life. Categories including safety and academics consistently ranked higher across all populations than other survey categories, including funding and space.

A significant portion of the presentation, however, highlighted inequities in satisfaction levels among students with disabilities and students who self-identified as transgender or genderqueer.

"You see here a very significant difference with respect to their satisfaction with their campus experience," University Senator Grace Kelley, Nursing '17, who chairs a subcommittee of the SAC focused on disability issues, said. "That's really concerning." 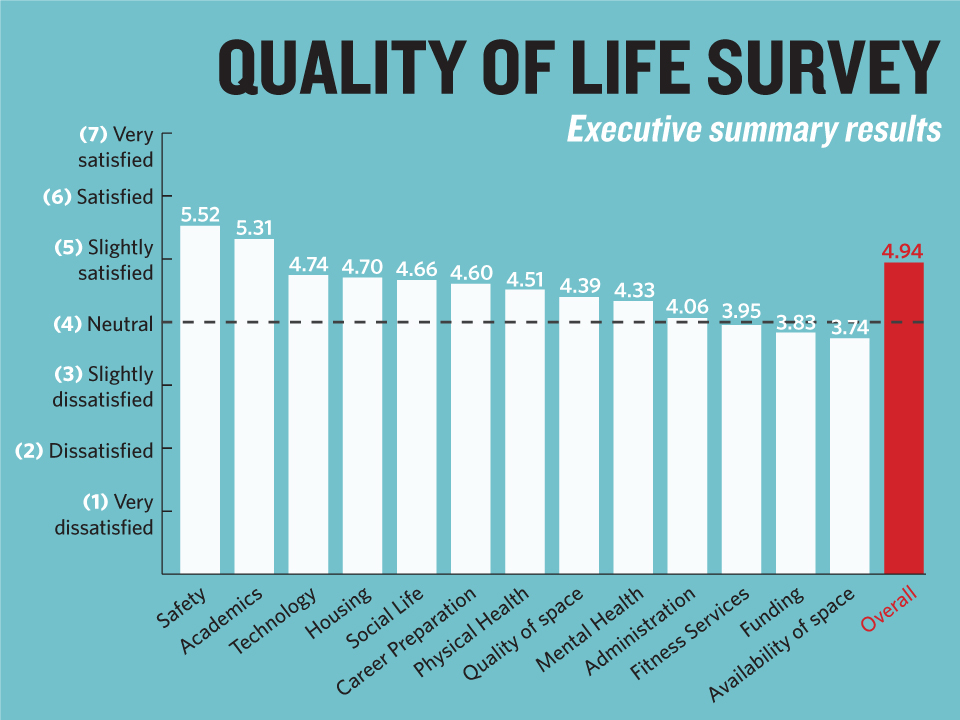 Anecdotally, students with disabilities indicated significantly lower levels of satisfaction with the accessibility of buildings on campus, particularly residential halls. As a result, SAC will create a subcommittee and look to work with EVP of Facilities David Greenberg in an effort to make campus more accessible.

[RELATED: For students with disabilities, range of obstacles diminishes access to residence halls]

Both the 2013 and 2015 Quality of Life surveys indicated that students who identify as transgender or genderqueer report being less satisfied than their cisgender peers, particularly when it comes to their basic health and safety needs. Following the results of the 2013 survey, student group GendeRevolution conducted sensitivity trainings with Public Safety officers, and gender-inclusive bathrooms were added to Lerner Hall.

Though a small number of self-identified transgender or genderqueer students responded to the 2015 survey—just 50—they indicated strong dissatisfaction with their experience at Columbia.

"This dissatisfaction is reflected in almost all question categories: Funding, Social Life, Safety, Career Preparation, Administration, Technology, Physical Health, and Mental Health," the report said. "The only categories where differences in satisfaction were either small or insignificant were Academics and Space."

To combat that dissatisfaction, the working report from SAC recommended that the University ensure that all schools' student forms provide an option for identifying as transgender or genderqueer, and that Columbia accelerate the rate at which gender-inclusive bathrooms are added to buildings.

SAC also highlighted several other findings at the plenary, such as information gathered from  students who self-reported how many days in the average month they faced issues with their mental health. Nearly all respondents indicated experiencing about seven days of mental health issues per month on average, with students who self-identified as transgender or genderqueer indicating higher numbers.

"That's a significant barrier to succeeding as a student here at Columbia," Kelley said.

The report also noted that the findings of the reports suggest that low-income students "are less satisfied with their social lives and perceive greater academic struggles than higher income students" and revealed "dissatisfaction with the amount of financial aid available" and students' ability to manage basic daily expenses.

"Textbooks, academic materials, and in-class trips are increasingly expensive. Event entry or participation costs are prohibitive for many lower income students as well," the report said. "Whenever charging students for resources or events, departments, schools, and administrative offices should either set reasonable prices or subsidize costs for lower income students."

However, at the plenary, some professors questioned the significance of some of the data presented.

"There's an old saying that money can't buy happiness, but it can sure rent a lot of it. And I think it's stunning how little happiness the money is renting, I mean the difference is 4.42 to 4.89 on a seven-point scale," University Senator and professor of astronomy James Applegate said. "You're saying, 'We have a big problem with people not being able to afford Columbia events,' but it looks to me like the institution is doing a pretty good job of providing an experience independent of how much your parents make."

SAC will release their finalized report and recommendations this week.