The Global Report: Is Columbia living up to its vision?

The Global Report: Is Columbia living up to its vision? 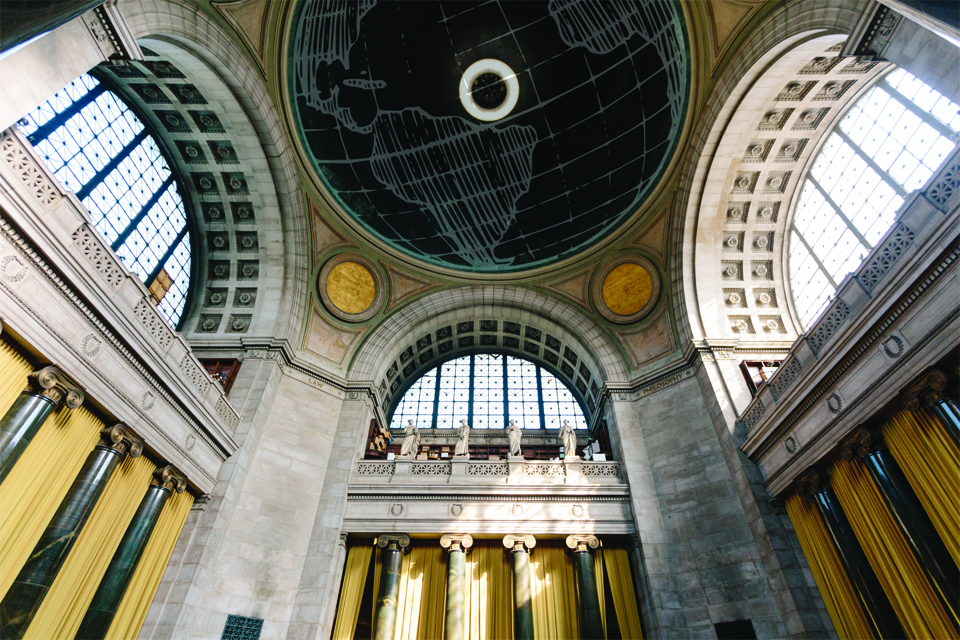 A senior faculty task force spent over a year conducting interviews and collecting data for a report assessing the state of global education at Columbia.

Establishing Columbia as a global university has been a driving vision of University President Lee Bollinger’s tenure.

In pursuit of this vision, the University has established eight global centers, held annual World Leaders Forums, and created a fellowship for first-years to travel abroad during the summer, allocating significant resources in the attempt to fulfill its expressed mission of expanding students’ horizons beyond Manhattan and preparing them for an increasingly global world.

The report—an 85-page document from senior faculty that reflects hundreds of interviews with administrators and faculty and thorough analysis of University data—outlines serious concerns about the state of Columbia’s global education: that Columbia lags behind its peers in studying abroad, funding is insufficient to match the University’s stated ambitions, and recent investments have failed to result in any significant increase in undergraduate participation in study abroad.

The report also raised concerns that the Office of Global Programs is currently unable to ensure that undergraduates receive meaningful international experiences. When the head of the office, Michael Pippenger, left last year, Valentini appointed Kavita Sharma, who remains dean of the Center for Career Education, as acting dean of OGP. Without adequate staffing or a permanent dean to head the office, there is no clear resolution to the grievances faculty raised in sight. Valentini has not yet started to search for a permanent replacement.

Sharma, the acting dean of OGP, was not made available for interview. A spokesperson told Spectator that she could not speak about the report, including the concerns or solutions it raised about the office she is now in charge of.

While the report proposes a series of solutions to address the problems it identifies, a central, unavoidable tension exists: Despite the values of global education, pursuing it is a costly enterprise, and the decision to allocate resources abroad inevitably draws both faculty and money away from the Morningside campus and Arts and Sciences, a notoriously resource-strapped organization. This tension is further underlined by the concern that current external funding to advance global education is unsustainable.

Madigan, Valentini, and Alonso—the three administrators that make up the Executive Committee of the Arts and Sciences—recognized that tension in a response to the report they published and, crucially, affirmed its general principle: that upholding the quality of the activities on the Morningside campus should remain the University’s first priority. Their response also commits A&S administration to fulfilling several requests faculty have made, including the creation of a permanent global faculty advisory committee.

But their response also lacks many of the specifics necessary to compel the “systemic address” the report calls for, including the appointment of a permanent leader for OGP, ensuring that faculty have a prominent voice in shaping educational policies, and pressing for a commitment to include global education in the second major capital campaign of Bollinger’s presidency.

In the current political climate and global landscape, faculty and students have recognized that increased support for global education will be crucial for preparing students to understand and engage in the international community.

“The current political situation makes us feel that this is more important, needs better resources, better communication, better understanding of the relationships between Columbia and all of our partnership institutions around the world,” said Rosalind Morris, an anthropology professor and the chair of the Educational Policy and Planning Committee, which produced the report. “We get a kind of extra mission at this moment that we didn’t want, but have to pursue, which is to work against an inward turn and probably to battle what’s going to be some hostility or suspicion elsewhere to American programs.” 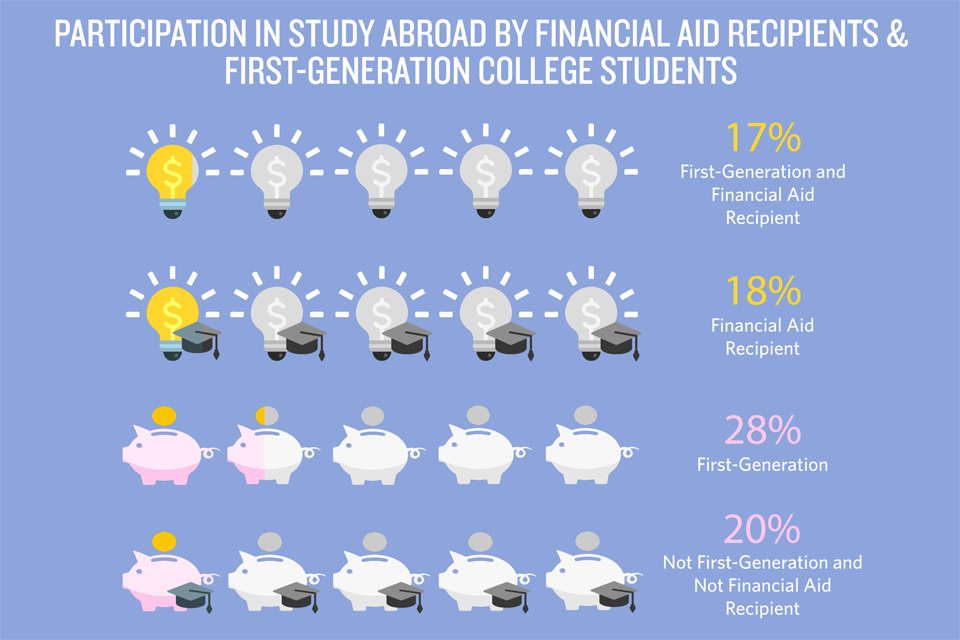 An office in transition

OGP is primarily responsible for helping undergraduate students engage with international experiences, but its administrative challenges—including understaffing, a lack of faculty involvement, and data on students’ study abroad habits that is not centralized nor easily accessible—has hampered its ability to ensure the academic quality of students’ experiences abroad, the report found.

In addition to these challenges, task force members cited difficulty in obtaining information from OGP to construct the report—a sign of a lack of transparency that has left some faculty members particularly concerned about the office’s receptiveness to faculty involvement.

“The reason that you want faculty oversight—it’s not to manage the day-to-day operations, faculty aren’t managers—but it’s to make sure that the academic quality is there,” said David Schiminovich, an astronomy professor and member of the task force. “It’s making sure that the programs that students are doing … are at the level of the standards of Columbia—that’s an academic decision.”

Valentini said that the OGP’s restructuring, which includes finding a permanent dean, will not begin until he and the leadership of the other undergraduate schools—the School of Engineering and Applied Science, the School of General Studies, and Barnard College—can determine what the goals of the office, and global education as a whole, should be. Currently, according to Valentini, there is no such consensus.

“It’s a question of how do we organize our efforts to achieve the outcomes we want? Which goes far beyond what the EPPC report deals with,” Valentini said. “What kind of entity do we want that helps us achieve the outcomes of global understanding, global knowledge, valuing other societies, the ability to interact with people throughout the world.”

However, in their response, the executive committee did explicitly articulate that OGP would be relegated to a consultatory position, and that the power to approve courses held abroad lies with the Committee on Instruction, which makes the academic decisions for Columbia College and General Studies—something the EPPC report specifically requested.

“Having that committee enabled to ensure regular, substantive reviews of the programs we offer—and also that we send people to that [programs] we don’t offer—is, from our perspective, absolutely crucial,” Morris said. “It would be not especially helpful if it wasn’t able to insist upon review processes, and Dean Pippenger himself said that this was an area that had not been adequately undertaken.” 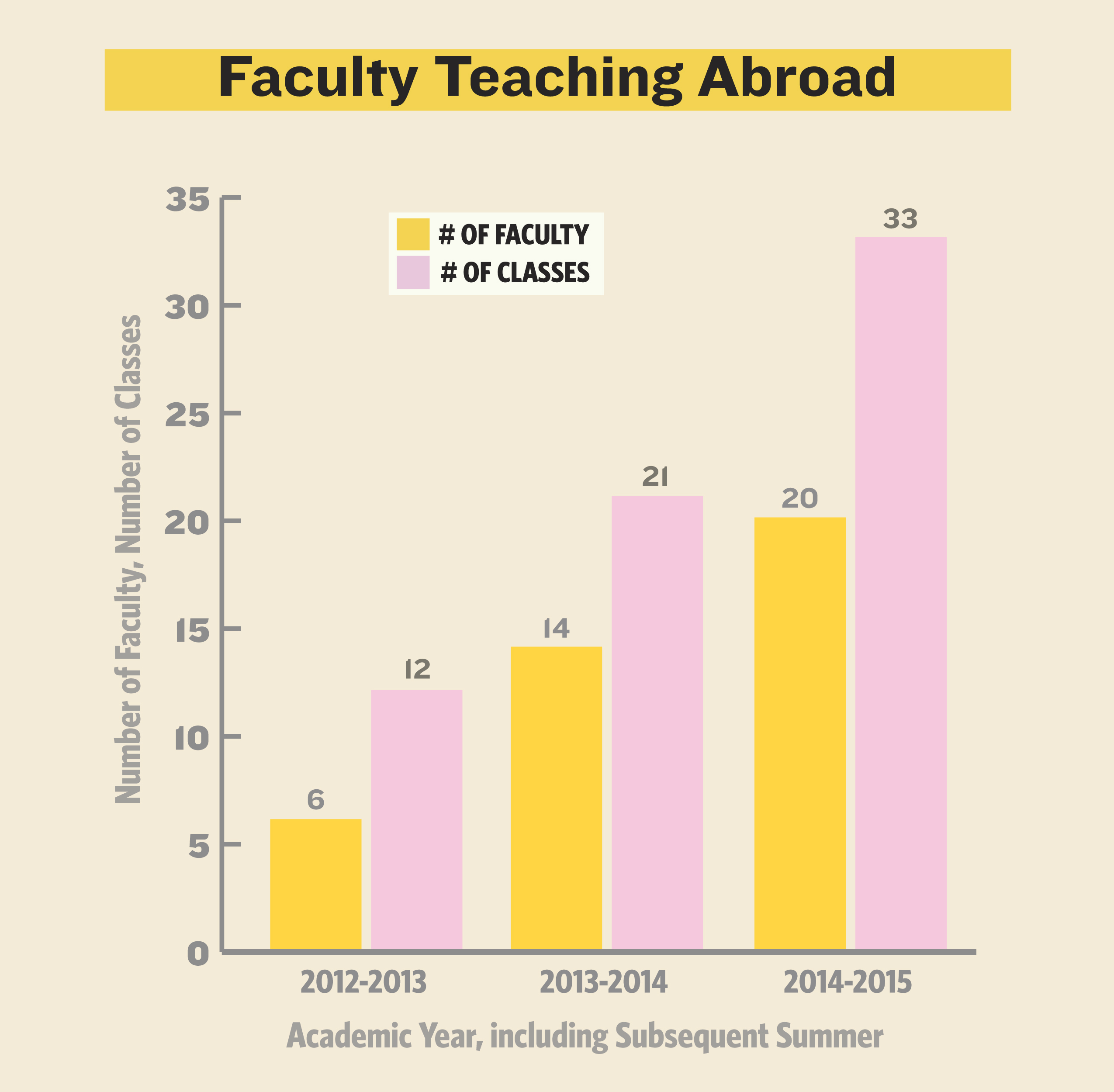 This loss is underlined by the fact that A&S has difficulty in maintaining a healthy faculty size, even without taking into account faculty members going abroad. This was addressed more than a year ago by the Timely Replacement Policy, an administrative policy which pledges to replace faculty members who depart, preventing the size of the faculty from decreasing—but it also establishes that the size of the faculty will not grow beyond its current size.

The executive committee response addressed this concern directly, and promised “one-to-one substitutions for instructional faculty on the Morningside Campus, to prevent adjunctification from becoming a corollary of teaching abroad.”

But in order to sustain this automatic replacement on A&S’s notoriously tight budget, Madigan said that the number of faculty members teaching abroad would always have to remain relatively small. He also noted the importance of keeping faculty members at Columbia who are committed to the institution, and who attract prospective students to the University.

“[When faculty teach abroad], it’s not just that they’re not teaching a particular class, but they’re also not advising graduate students, they’re not working with undergraduates, they’re not doing committee duties,” Madigan said. “So I think the principle in the report that we’ve very much adopted is that we can only do this in so far as it doesn’t harm what goes on at Morningside.”

A potential solution to this problem would be to have faculty teach abroad over the summer rather than during the academic year, but financial aid is not offered to students for study abroad programs over the summer, limiting the opportunities for students to learn from these faculty members.

Beyond taking faculty away from Morningside, global programming is a heavy financial burden. Currently, global programs rely primarily on grants provided by the Andrew W. Mellon Foundation and the President’s Global Innovation Fund, and the report questions the sustainability of both.

In addition to finding funds to operate the programs themselves, the University has had difficulty in financially supporting students going abroad, and does not offer aid for summer programs, making it more difficult for low-income students to study abroad during that time—which is often easier for students to manage than going away during the academic year. This contributes to the fact that, according to the report, only about 19 percent of any graduating class of combined Columbia College and General Studies students study abroad.

In contrast, 82 percent of students who valued an international experience expressed a desire to study abroad.

“We have problem, which is: In terms of students living and studying abroad as a practical matter, that is most straightforward in the summer, and that’s when we don’t have the financial aid,” Madigan said. “So providing financial aid to enable students to have these experiences abroad is a very high priority for us, and should be a very high priority in the campaign.”

Valentini said that he expects Core to Commencement—Columbia College’s ongoing fundraising campaign—will be able to raise enough money to guarantee every student a funded summer experience of some kind, though that might not necessarily mean study abroad. Core to Commencement aims to raise $400 million by 2019, $263 million of which has already been raised.

Some faculty members and administrators have suggested that funding for global programs should play a prominent role in the second capital campaign of Bollinger’s term, which is to be formally announced this fall.

“If Bollinger really wants to have this part of his legacy, he should tie specifically some goals for global education within Arts and Sciences, and possibly broadly within Columbia, to the new campaign,” Schiminovich said. “When a student applies to Columbia, what do they come to expect as an opportunity? Do they expect that these will be long-term opportunities in the same way that people know about the Core or certain courses or things like that? And that’s something that is not necessarily sustainable.”

As faculty members and administrators attempt to organize the University’s priorities in regards to global education, most have made it clear that the term means much more than facilitating study abroad, which Valentini called “a very small part” of Columbia’s overall goal.

Bollinger agreed, adding that his aim is not for every student to spend a semester or year abroad.

“What I am concerned about is providing the resources and the opportunities for students to have international experiences,” he told Spectator.

But there is obvious disagreement among administrators and faculty members as to what these experiences should look like, and any substantial improvement to the quality of the University’s global offerings could potentially be years away, given that a solid timeline for any changes to the University’s policies or OGP has not yet been determined.

“I think we still have a lot of work to do in terms of developing a fully coherent policy—or a set of policies—about global education abroad,” Madigan said. “There’s a lot of work for the standing committee to do in the months and years ahead, this is not a simple thing.”