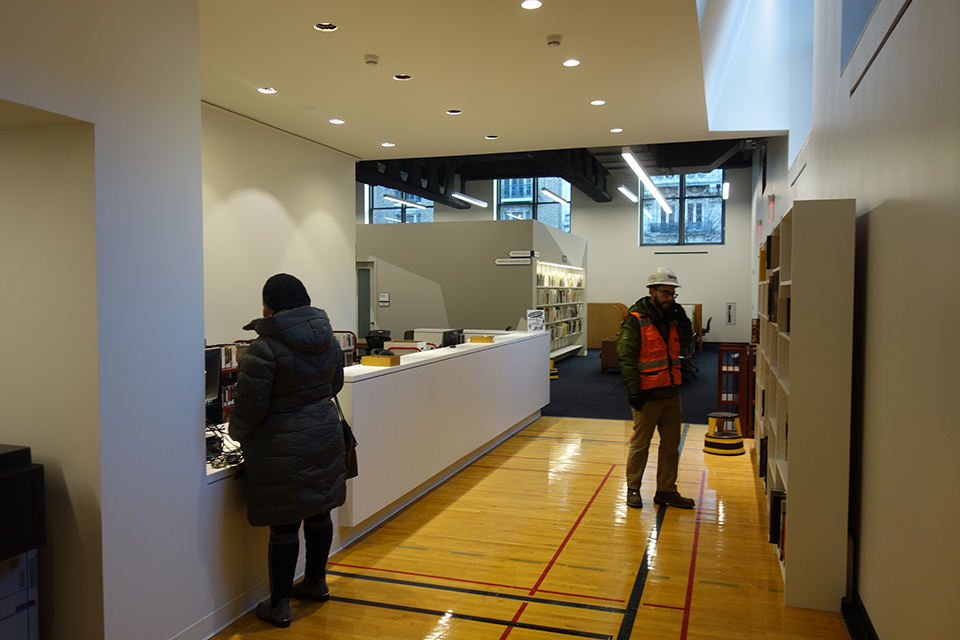 The Barnard library will move from its current home in the LeFrak Center to its new location in the Teaching and Learning Center by the fall of 2018.

Green comes to Barnard after 11 years working as a data librarian at the University of Michigan Libraries. She will be responsible for overseeing operations in the new Teaching and Learning Center—a 128,000 square foot building that will include a library, innovative teaching labs, and a computational science center—that is expected to be completed by August of 2018.

Green’s appointment marks the end of an over two-year search process for a new library dean for Barnard. After former dean Lisa Norberg stepped down in Dec. 2014 over plans for the library in the new Teaching and Learning Center. A Spectator investigation found that Barnard administrators revised building plans for the new building following faculty and library staff backlash over the original plans, which featured a smaller space allocation for the library and its book collection.

Former Barnard librarian Megan Wacha, BC ’04, said in an interview with Spectator in November that she thought it was “absolutely imperative” that Barnard’s new library dean come from a background in library sciences.

“The value of the dean cannot be overstated,” she said. “And I would hope that ultimately ... that person would also be a librarian.”

As the library construction process moves forward, Green will work closely will Bell to ensure the successful relocation of the Barnard library from its current home in the LeFrak Center, to its new location in the Teaching and Learning Center by the fall of 2018.

“We will be moving into a new building which will have a lot of new functionality vis-a-vis modern libraries, and we were really looking for someone with the experience, training, and vision to help us to fully anticipate all that that building can be,” Bell said in an interview with Spectator. “And we definitely think that Jennifer Green is that person.”

During her tenure at the University of Michigan, Green was responsible for the creation of a library-wide research data service and institutional data repository, as well as the creation of the Clark Library—Michigan's first new library in almost two decades.

Prior to her time at the University of Michigan, Green served as a public services librarian at Grinnell College, an institution that is a comparable liberal arts institution to Barnard, Bell said.

As Dean of BLAIS, Green will “build on the college’s relationships with faculty, students, alumnae, and colleagues at the Columbia University Libraries to promote innovation across disciplines,” Bell said. “Her technological experience and creativity will nourish both new and existing library resources.”