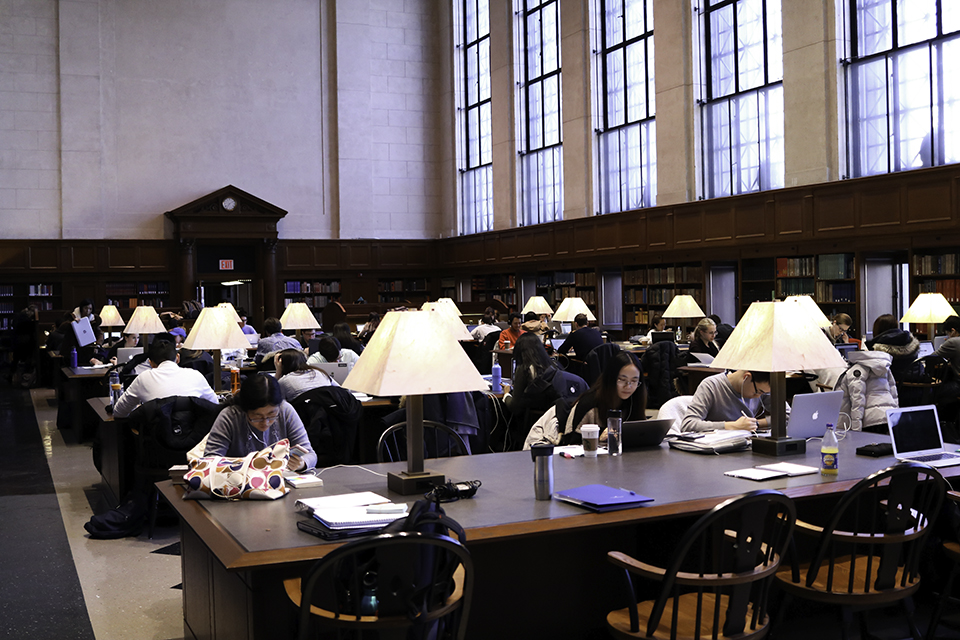 In response to calls from students and deans for improved mental health and suicide prevention resources, an administrative office not traditionally responsible for student health will become a stronger proponent this semester: the Columbia University Libraries.

Citing a desire to combat a lack of community—and the fact that student use of Butler Library increased by eight percent last year—University Librarian and Vice Provost Anne Thornton said she hopes that Libraries can play a key role in improving on-campus mental health advocacy and treatment. This week, Thornton outlined a list of steps for the library system to promote mental health, making it one of the first administrative organizations to do so following a series of student deaths earlier this year.

Following communication with the University Senate Student Affairs Committee, Libraries will begin providing suicide prevention gatekeeper training with the aim of better equipping its staff to interact with students, specifically those who might be at risk for suicide.

[RELATED: Suicide at Columbia and the urgency of prevention]

“We want to start by targeting staff who have most direct or virtual contact with students and who could be resources or gatekeepers that would be part of creating that safe zone for students,” Thornton said.

Although Libraries has a few practices in place, including its anonymous “Ask a Librarian” chat service and its stress relief events during finals week, the library system hopes to expand upon these resources and have students interact with staff more frequently. Partnering with campus organizations like Alice! Health Promotion and Stressbusters, Libraries plans to host “pop-up” events on a biweekly basis, beginning next Wednesday in Butler.

Other initiatives in the works include activities such as tea-tastings, free coffee and hot chocolate nights, “cookie handoffs,” student coloring books, game nights, and frisbee parties, all of which will be held across various campus libraries.

“It’s so important to note that even the small things make a big difference in student life,” University Senator and SAC Co-Chair Sean Ryan, CC ’17, said. “The caring things that the libraries are going to be doing, like their weekly pop-up stress relief events, are a great example of something that is low-cost but will make a big impact on students’ well-being.”

Libraries has also already begun arranging a partnership with the School of the Arts that promotes programming centered on student-produced work like art exhibits, live performances, and film screenings.

“One of the things we do have is space,” Thornton said. “So the question now is how can we make that available, especially in collaboration with student groups who really care about those things?”

An important aspect of these student-oriented wellness activities is focusing on groups which might benefit the most from a stronger community connection, like international students. According to Thornton, these kinds of targeted improvements are underway, though still in the beginning stages.

“I think there are a number of things we could do, including looking at ways to help students more easily connect with staff who speak their language,” Thornton said. “Even sponsoring some things that are beyond just orientation, like finding ways to create an ongoing connection, would make a difference.”

With these changes underway, Libraries is looking to lead the way among administrative offices in addressing pressing issues surrounding mental health.

“We’re looking for everybody across our university, students, faculty, and admin, to have an all-hands-on-deck attitude toward improving student mental health on our campus,” Ryan said. “Anne [Thornton’s] response to our memorandum are fantastic steps towards realizing a healthier, happier Columbia community.”