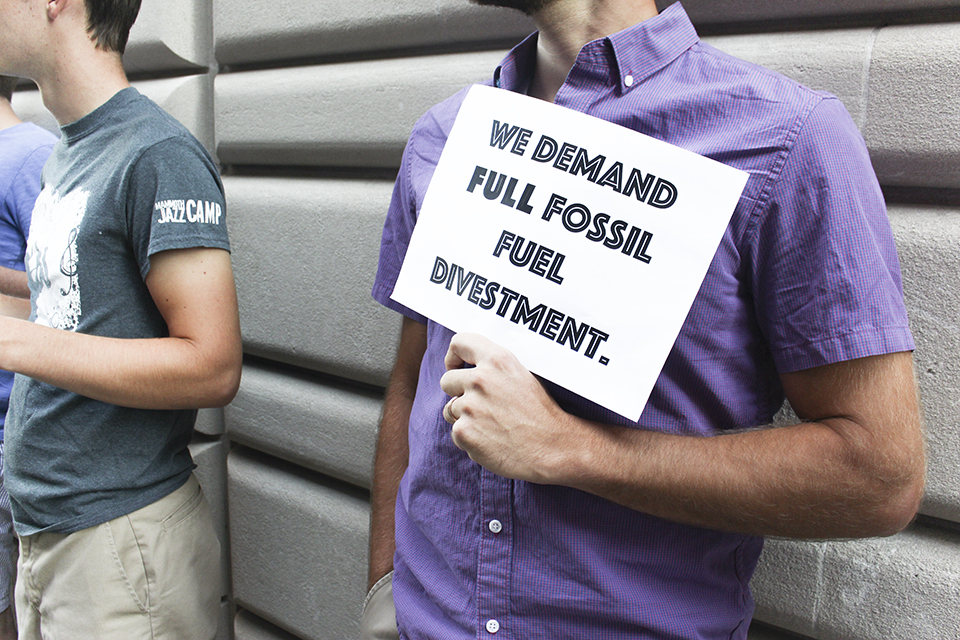 Citing “the threat of catastrophic climate change,” a committee tasked with advising Columbia’s trustees on its investments has recommended that the University divest from companies who mine coal as an energy source.

The recommended divestment is not expected to affect the coal market or significantly hurt fossil fuel producers, but is instead meant as a symbolic gesture to show support for scientific research affirming the threat of climate change.

The Advisory Committee on Socially Responsible Investing has considered fossil fuel divestment since it was demanded by the student group Columbia Divest for Climate Justice in 2013. ACSRI has previously rejected two divestment proposals from CDCJ, who occupied Low Library for eight days last spring to demand that University President Lee Bollinger recommend divestment from fossil fuels.

After rejecting those proposals, noting that they were unsure “that Columbia's divestment would send a signal more powerful than engagement,” ACSRI instead has pursued an approach called Stand Up For Science, which attempts to put pressure on companies that deny climate change.

The new recommendation was brought to ACSRI by a group of 25 Earth Institute faculty and was meant as a symbolic gesture, according to ACSRI chair and professor of law Jeffrey Gordon. The committee wrote that divestment from thermal coal would show solidarity with the worldwide scientific community.

“It's symbolic in that it will not directly affect the coal producers themselves because if the University sells or doesn't buy the stock, others will. It won't have any direct impact on coal producers. It can't reasonably be expected to have that effect,” Gordon said. “It signals that Columbia's standing up for science, that we need to say that there is in fact serious climate change threat, that this is overwhelmingly the consensus of science.”

According to ACSRI’s report announcing the new recommendation, a survey of the Columbia community showed “broad consensus” in favor of divestment.

“If these companies are losing money (as many of them are), Columbia University should not suffer the losses; if they are making money, Columbia should not share in the profits,” the recommendation reads.

The trustees have received ACSRI’s recommendation, but there is no set time frame in which they will take action or respond.