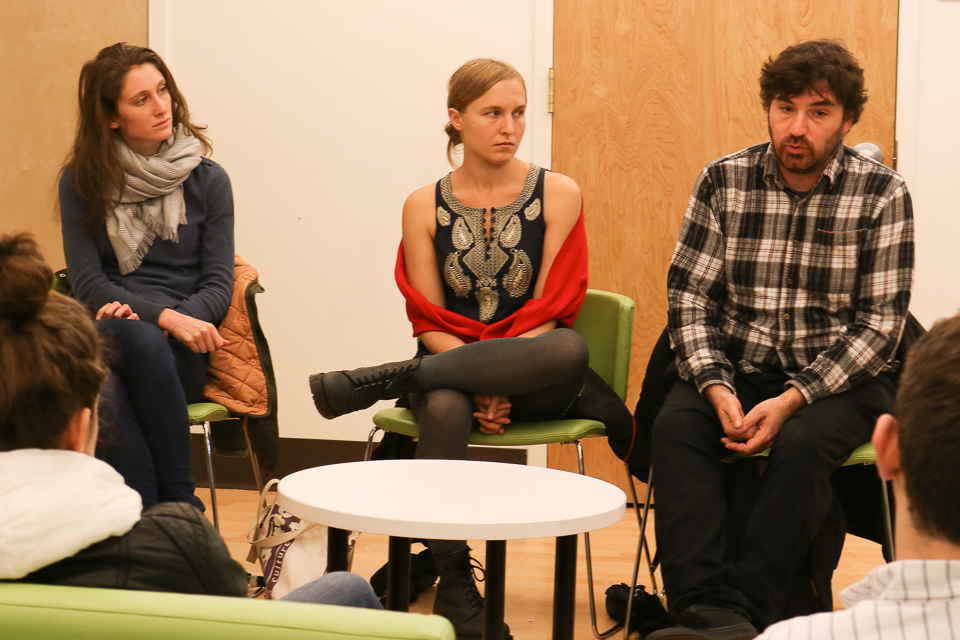 Members of the graduate student union held internal elections to vote for members of the bargaining committee.

Although the National Labor Relations Board has not yet announced the results of a hearing that could stall unionization efforts for Columbia’s graduate student union, members of the union held internal elections on Thursday for its bargaining committee that would negotiate with the University.

Union members—which include graduate and undergraduate teaching and research assistants—voted 1602 to 623 in favor of joining Graduate Workers of Columbia-United Auto Workers in December. Two weeks later, the University filed an objection with the NLRB claiming that improper conduct occurred during the voting and asked for another election to be held. Though the NLRB held a hearing regarding the allegations on Jan. 23, the board has yet to release the results.

Nonetheless, GWC-UAW has proceeded with the elections to form the bargaining committee, a 10-person committee intended to represent graduate students’ interests in negotiation with the University.

The bargaining committee will be responsible for conducting surveys and research on graduate workers’ needs and then use the feedback to formulate an agenda. With assistance from union negotiators, the committee will negotiate with the University to create a contract responding to graduate students’ needs.

The committee is expected to address issues such as late pay, health and dental coverage, access to affordable housing, and procedures for expressing grievances to the University. Some candidates have also suggested using the Union negotiations to support students affected by President Donald Trump’s immigration ban by providing them with fellowships or protection from immigration officials.

According to Evan Jewell, a student in the Graduate School of Arts and Sciences and GWC-UAW member, electing a bargaining committee now will allow GWC-UAW to prepare to proceed if the NLRB rules against the University’s objections.

“We see no reason to slow the bargaining process by waiting for certification. We want to respect the democratic mandate we received in December and the petition signatories in January by moving ahead,” Jewell said. “Electing a bargaining committee is therefore not only the next logical step, but doing so now means that we will be ready to come to the bargaining table the day after certification.”

Jewell said that these shows of support are signs that the majority of research and teaching assistants are in favor of unionization. He accused the University of not accepting the results of a democratic election.

“Despite [this support], the administration remains intransigent,” Jewell said. “They appear to want to delay the inception of the bargaining process as long as possible—perhaps with an eye on Trump appointing new NLRB members who would overturn our right to unionize—when they could be working with us to improve the working lives of thousands of Ph.D, master’s, and undergraduate RAs and TAs.”

Still, union members have expressed a firm conviction that the NLRB will rule in their favor, which is why the union has decided to move forward with the bargaining committee election.