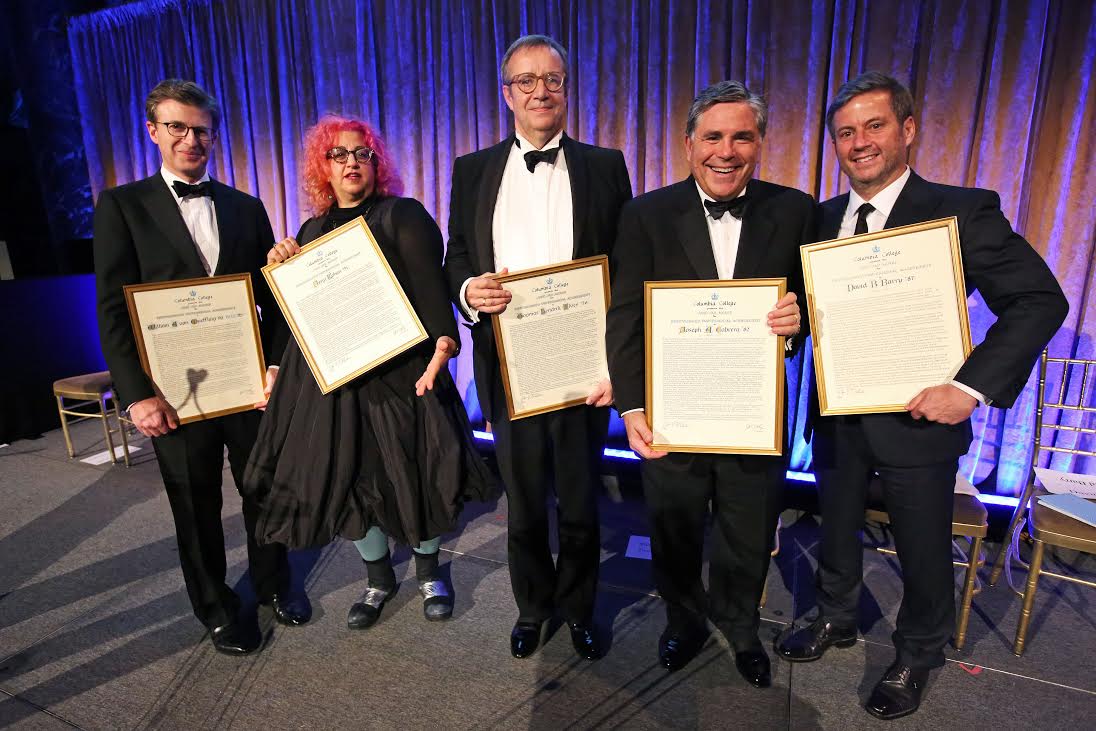 Five alumni were given the John Jay Award in recognition of their professional achievement Wednesday night.

A former president of Estonia, rising pioneers of real estate and finance, and the creator of Netflix’s “Orange Is the New Black” were among the five Columbia College alumni to receive the college’s highest alumni honor at this year’s John Jay Awards Dinner on Wednesday.

The annual dinner, which benefits the John Jay National Scholars Program, showcased success across a diversity of professions achieved by graduates of the college.

Sarah Ricklan, CC ’17 and a current John Jay scholar, said at the event that the John Jay program taught her a “strong work ethic” and made her “a more engaged, thoughtful individual.”

The dinner also featured remarks by Dean of Columbia College James Valentini, Vice Chair of the Board of Trustees Jonathan Lavine, CC ’88, and Columbia College Alumni Association President Douglas Wolf, CC ’88. During his remarks, Valentini emphasized the variety of professional options college alumni can pursue, regardless of their field of study.

“Our major describes the focus of your academic studies—it is what you study, not who you are,” Valentini said. “Our awardees tonight did not achieve great things just because of their majors. Rather, at Columbia College, they honed a set of skills, attributes, and competencies that have contributed to their success.”

The event raised over $1.3 million for the John Jay National Scholars Program.