New space in Lerner will go to LGBTQ students, students of color

New space in Lerner will go to LGBTQ students, students of color 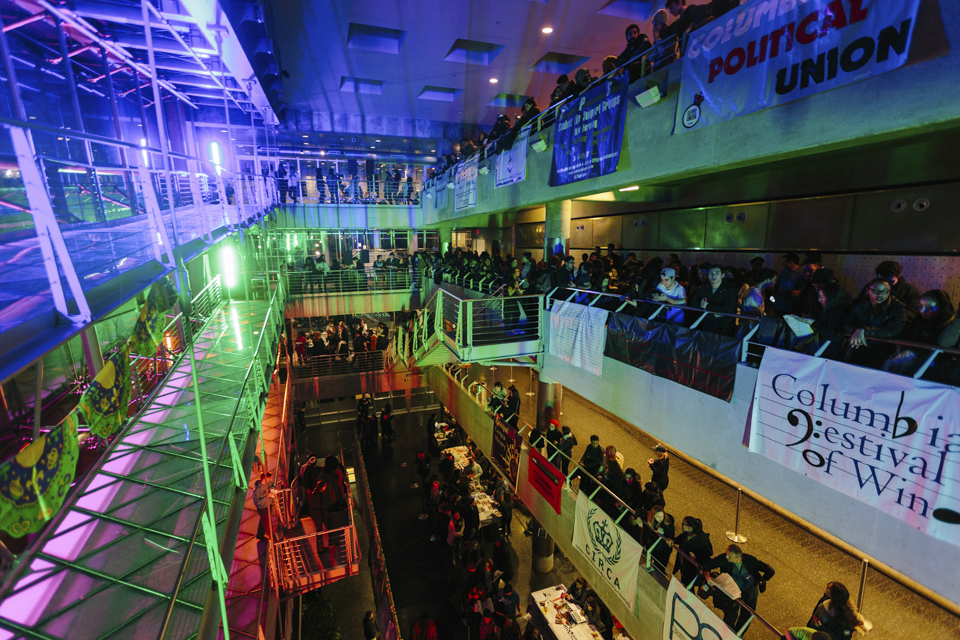 Two new spaces in Lerner, pictured here during Glasshouse Rocks, will be designated for LGBTQ students and students of color.

Newly available student space in Lerner Hall will be designated for LGBTQ students and students of color next fall.

The space allocation follows recommendations made by the University Senate Student Affairs Committee, and was based in part on a proposal passed unanimously by Columbia College Student Council and Engineering Student Council calling for spaces in Lerner for LGBTQ students and students of color. Proposals in favor of the designated space cited the heightened risk of mental health crises faced by marginalized communities.

These designated, reservable spaces on the fourth floor will fill rooms previously occupied by the package center. Only identity-based groups focusing on LGBTQ students and students of color will be able to book these rooms during student reservation times.

LGBTQ students and students of color were among a chorus of groups that have requested more space from the University this year, alongside veterans, student musicians, and nontraditional students with children, among others.

The space allocation was unveiled by the Student Affairs Committee at Friday’s University Senate Plenary.

“Taking care of our LGBTQ students and students of color and figuring out better ways to do that is always on the minds of student leadership and the Student Affairs Committee,” Student Affairs Committee Co-Chair Sean Ryan, CC ’17 said. “In this particular case, [the] initiative really took advantage of a really fantastic opportunity to meet the needs of a community that is at a higher risk for mental health and wellness issues than their peers.”

In addition, the Stephen Donaldson lounge, an existing space dedicated to LGBTQ students, will be moved from the Furnald basement to Schapiro, making it more accessible to students from all four undergraduate schools and students with disabilities.

“This system accounts for the specificity of particular spaces to meet the needs of particular student groups, allows Lerner to be utilized to its maximum potential, and recognizes the invaluable role that identity-based student groups play in supporting marginalized segments of the student body,” CCSC Class of 2017 Vice President Brennon Mendez, author of the proposal calling for designated spaces, said.

The spaces will be named in honor of members of the LGBTQ community and people of color who have yet to be determined.