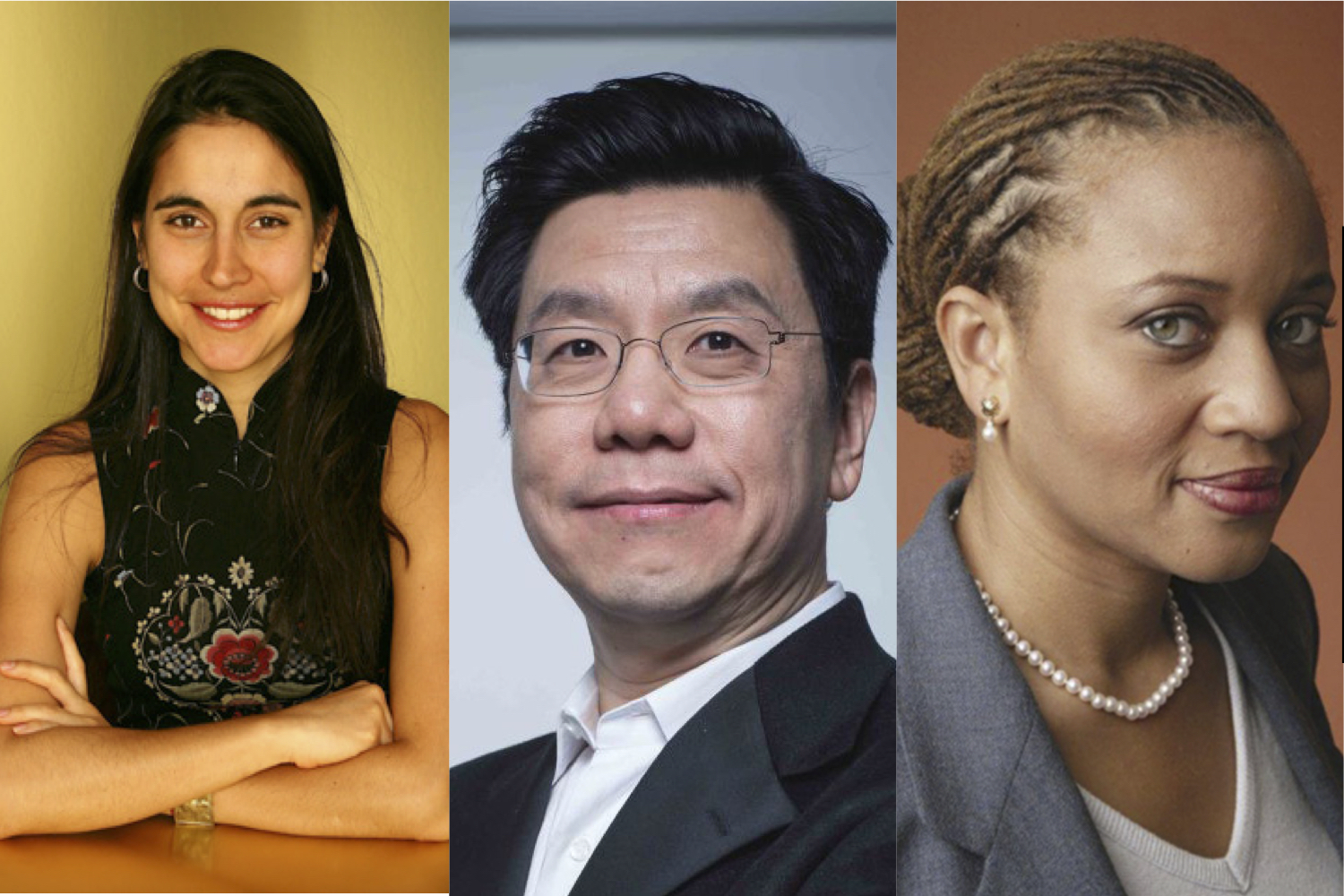 Julia Bacha, Kai-Fu Lee, and Sheena Wright, are the class day speakers for General Studies, the School of Engineering and Applied Science, and the School of Columbia College, respectively.

The class day speakers for Columbia College, the School of Engineering and Applied Science, and the School of General Studies were announced Wednesday.

Class day for each school takes place in mid-May on the South Lawn. At the event, graduates are presented by name to University President Lee Bollinger, the dean of their respective school, and assembled faculty and guests.

Each speaker is selected by the colleges based upon a list of recommendations compiled by the undergraduate student councils.

Wright is the first woman of color to speak at Columbia College’s class day, and only the third woman in the college’s history. Wright graduated from Columbia College as a history and sociology major in 1990 and from the Law School in 1994. During her time at Columbia, she participated in a number of activist movements, including divestment from South African apartheid, laying the groundwork for an African-American Studies department, and working to institute the Global Core requirement.

Columbia College Student Council Class of 2017 President Jordana Narin said Wright was a relatable figure for students and that she represented the activist culture of Columbia College.

“It’s really important that we didn’t have someone lecturing us from an ivory tower, that we had someone from our grade who we saw ourselves in,” Narin said. “For a huge percentage of our student body, who has felt marginalized or traumatized or distressed by events this past year, having Sheena Wright on stage will be a really inspiring and hopeful sight.”

Lee, this year’s SEAS speaker, earned a computer science degree from Columbia in 1983 and later a Ph.D. from Carnegie Mellon. He has served as an executive at tech companies Microsoft, Google, and Apple and founded his own venture capital firm, Sinovation Ventures, in 2009.

Cosmas Sibindi, President of the Engineering Student Council Class of 2017, pointed to SEAS’s global aspirations as the inspiration for Lee’s invitation.

“We believe that Kai-Fu Lee embodies the ethos of the engineering school of adaptability, leadership, and, above all, entrepreneurship,” Cosmas said. “We’re so excited to have him as our class day speaker because of how much it ties into the University, as well as the students, of growing our global presence, as well as global connections.”

General Studies class day speaker Julia Bacha, a 2003 graduate, was admitted to Columbia while taking a year off from law school in Brazil. After graduation, Bacha went on to become an award-winning filmmaker, Guggenheim Fellow, and the creative director of the nonprofit Just Vision, which documents the Israeli-Palestinian conflict through film.