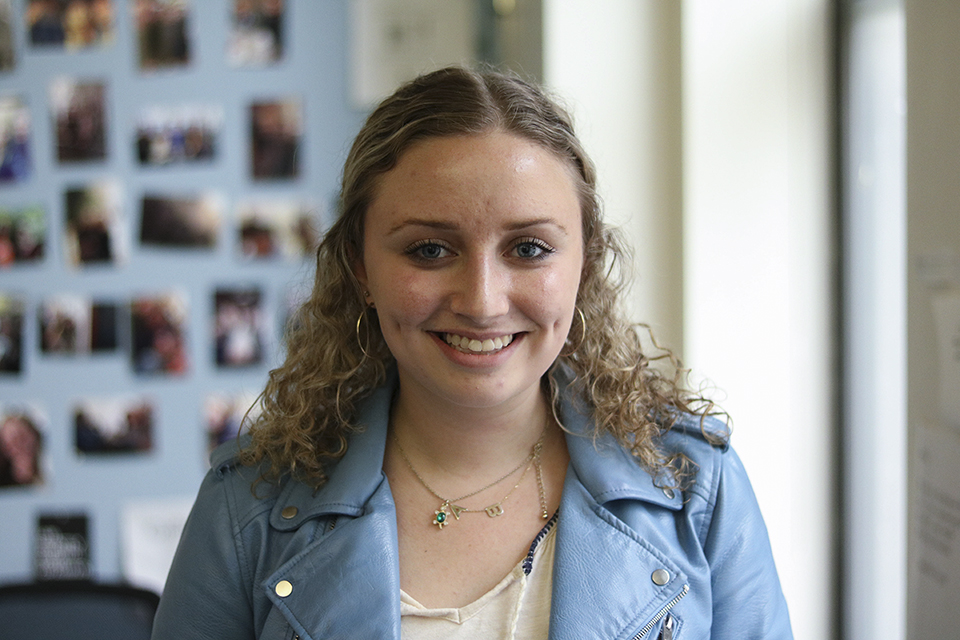 Before taking the position as SGA President, Beam most recently served as the SGA Vice President for Campus Life.

Recently elected Barnard Student Government Association President Angela Beam, BC ’18, has only missed one SGA meeting in her three years of service—and that was because she had mono.

But other than that absence, Beam has been present at all required council meetings since arriving on Barnard’s campus, a commitment that will follow her into her senior year when she begins serving as president of SGA.

Beam—a political science major originally from Boerne, Texas—began her involvement with SGA as a first-year serving on the arts and culture and intercollegiate relations committees and has since served as the representative for college relations and, most recently, as the vice president for campus life.

While Beam’s unopposed candidacy was one of 14 in SGA’s recent election, current SGA President Sara Heiny, BC ’17, said Beam ran as if the race was contested, using flyers, a platform speech, and social media campaigning to encourage Barnard students to vote for her.

“It’s really clear to see how much she loves Barnard,” Heiny said.“She’s got brilliant ideas and she’s great at communicating and also working with the other student councils.”

As president, Beam plans to capitalize on changes to student outreach that she has begun during her time as vice president for campus life and is looking forward to the flexibility her new position will provide. Her first priority is making sure that every single student at Barnard knows what SGA is and the purpose that it serves. At present, many students have no idea what SGA does, Beam said.

To combat this, Beam plans to continue to invite student groups to attend SGA meetings. This past semester, SGA invited Barnard Organization of Soul Sisters and Columbia University Muslim Students Association to attend and discuss their concerns.

Weekly meetings for members of student government normally include a visit from campus administrators. While fostering channels of communication with figures such as Provost and Dean of the Faculty Linda Bell and Vice President for Development Bret Silver are important, Beam insists that engaging with student voices is even more so.

“SGA really just needs to be a pipeline for student voices to get to the administration,” Beam said. “It’s a basic thing, but it’s something we need to do more of.”

In addition to inviting groups to attend SGA meetings, Beam plans to launch a poster campaign on campus to increase visibility and share the purpose of SGA with students.

As vice president for campus life, Beam said that her proudest accomplishment was the growth in participation in Desserts after Dark, an optional survey conducted by SGA’s committee on campus life each semester—which 780 students responded this past fall. Using the results of the survey, Beam developed action items to advocate for policy changes based on the needs and wants of students.

In the survey, students expressed a desire to be able to use meal swipes on guests—currently only points can be used. This is a change that will be implemented for the 2017-2018 academic year.

Beam is looking forward to accomplishing more concrete policy goals that students want and is eager to get started as president.

“Even though I ran unopposed, I’m really humbled to be in this position and I’m antsy to get going,” she said.