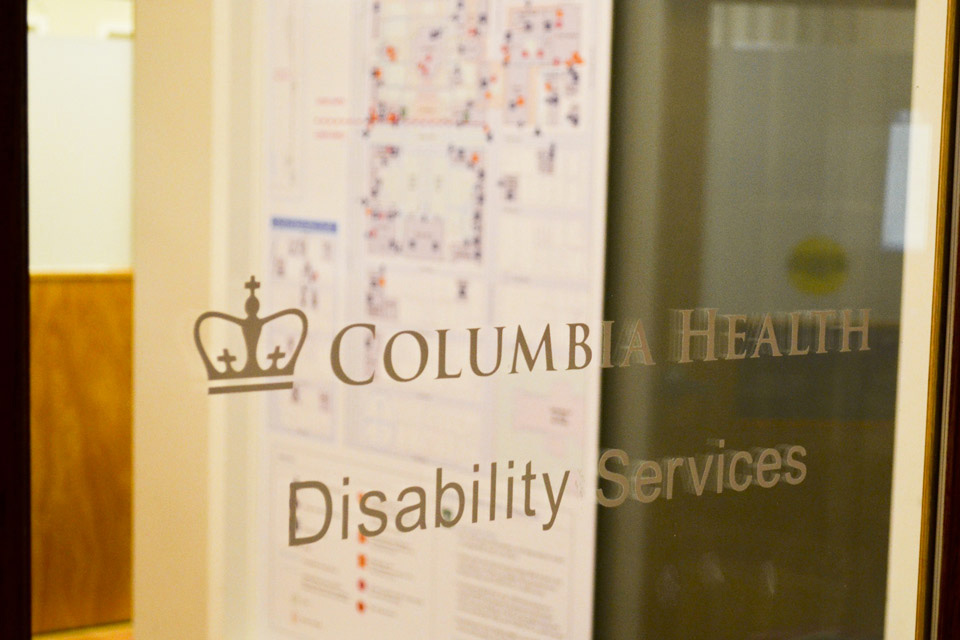 The number of ODS registrations have rapidly increased recently—45 percent in the last five years.

The subcommittee was formed last year by the Senate Student Affairs Committee with a mission to improve the quality of life of students with disabilities at Columbia and to communicate their experiences to the rest of campus. This initiative came after the 2015 University Senate Quality of Life Report found that students with disabilities were significantly less satisfied with their social lives and health and were more likely to face discrimination.

The panelists included Student Affairs Committee co-chairs and University Senators Sean Ryan, CC ’17, and Ramond Curtis, GS ’19. Soo Lee, GS ’19, a wheelchair-bound student with experience in activism on behalf of students with disabilities, also sits on the subcommittee and was present at the panel.

The panel discussion focused on potential policy changes to the Office of Disability Services, as well as the general attitude on campus toward students with disabilities. Panelists and students present agreed on the need for changes like publicizing information about ODS and making residence halls and non-academic spaces more accessible. Currently, eight Columbia residence halls lack full accessibility.

[RELATED: For students with disabilities, range of obstacles diminishes access to residence halls]

According to the 2015 report, eight percent of Columbia students identify as disabled. Many of these students have “invisible” disabilities, meaning that their conditions are not readily apparent to those around them. Those present at the event said this can mean most Columbia students are unaware of challenges that their peers face.

Lee said that when it came to the needs of students with disabilities, much of Columbia existed in a “bubble.”

“It’s great to have policies in theory, but the reality is really different,” Lee said. “The lived experience of those with disabilities isn’t reflected in those theories. There’s things that you would think a university of this caliber would have together but are still a work in progress.”

The Senate’s report also revealed that 44 percent of students with disabilities were not registered with ODS. Obstacles to this process include a long application period and limited public knowledge of the services offered. Despite this, the number of ODS registrations have rapidly increased recently—45 percent in the last five years.

Curtis emphasized policy changes to improve registration rates such as adding information about ODS to New Student Orientation Program sessions and soliciting information from new students with disabilities before arrival.

“One of the issues we first wanted to pursue in the subcommittee was letting students know about what’s available before they get here,” Curtis said. “We’re trying to get information to students that identify as disabled and to have them send us information about what they need. It’s less of an issue of ‘the administration doesn’t care,’ and more about getting more communication.”

Ryan called for more cooperation on accessibility in student life.

“The social integration piece is really a ground-up type of thing.” Ryan said. “From a policy vantage point, it’s really about how can we bring together folks on the student life side and on the facilities side to focus resources.”

Ryan said that it was also up to individuals to make students with disabilities feel fully included in the community.

“There’s a big difference between having an accessible environment and a really inclusive environment,” Ryan said.