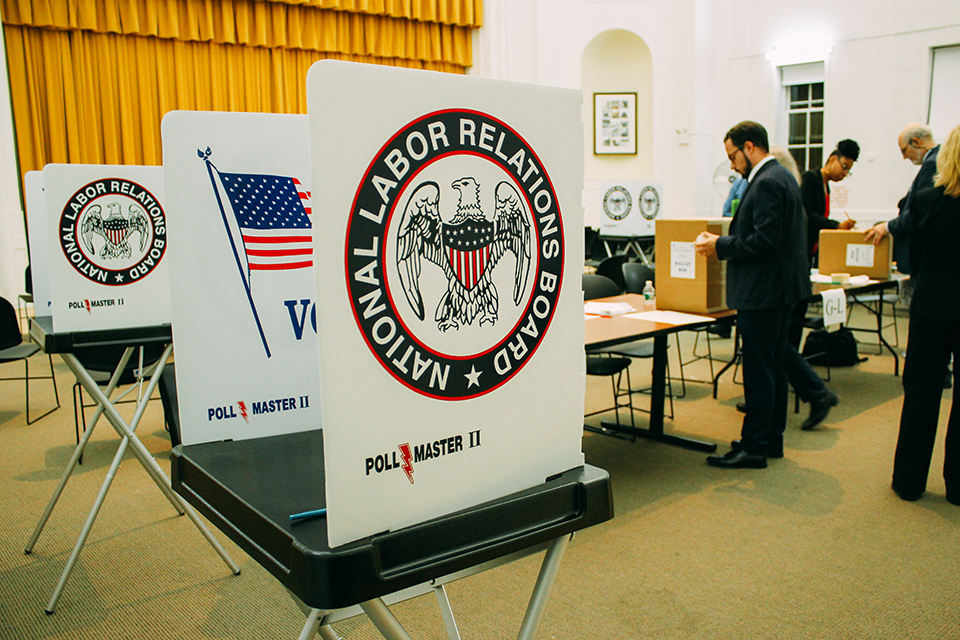 After years of campaigning by Columbia graduate students, the National Labor Relations Board ruled that graduate students at private Universities are allowed to unionize, overturning precedent and sparking an ongoing battle between the union and the University.

In their campaign for unionization, graduate students argued that collective bargaining would help them address issues related to payment, health insurance, and working conditions. The University maintained that unionization would reclassify graduate workers as employees rather than students, changing their role within the University.

The regional NLRB rejected the University’s objections, affirming the union’s right to proceed with negotiations. In response, the University filed exceptions to the rejection with the national NLRB, providing evidence for their original claims and continuing to call for another election.

Although University administrators have said that the objections are not attempts to delay bargaining, they could be the beginning of an extended legal battle.

According to legal experts, filing objections could help establish the foundation for later claims brought to the Second Circuit of the U.S. Court of Appeals. The Court of Appeals could revoke the right of graduate students to unionize.

The decision regarding the University’s exceptions will likely depend on the political makeup of the five-person NLRB.

Chaired by Philip A. Miscimarra, who was appointed by President Donald Trump, the board currently has two Democrats and two vacancies. If Trump appoints board members within the next few months, they will most likely uphold the exceptions. If the board makes a ruling before then, they will probably reject the exceptions. Either way, the University will likely continue legal proceedings for up to two years.