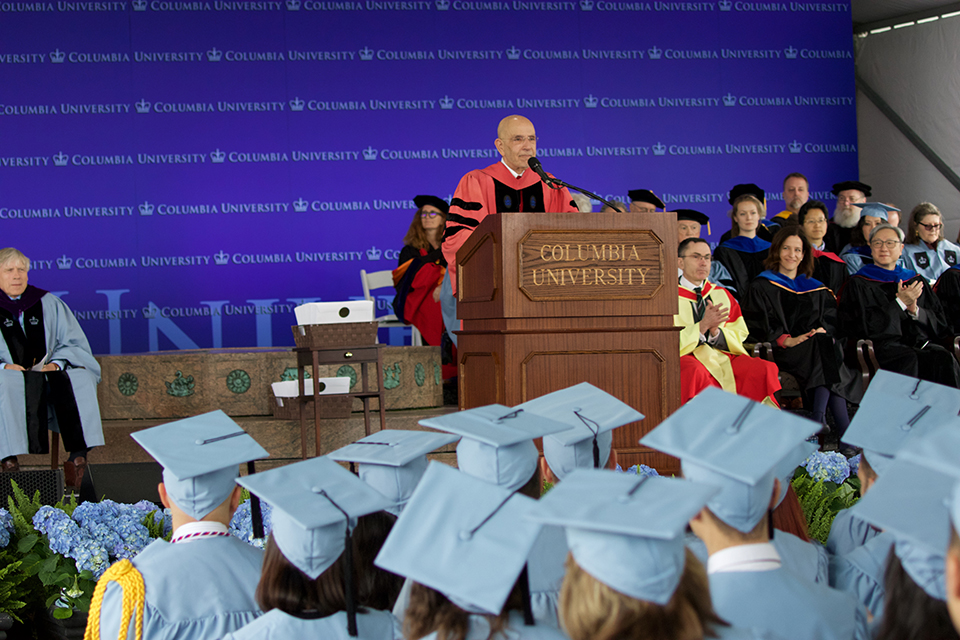 At the School of General Studies Class Day on Monday morning, outgoing General Studies Dean Peter Awn was celebrated by University President Lee Bollinger and students for his dedication to the school during his 20-year tenure as dean.

“What defines Peter as a dean really is his passion, his love, of you,” Bollinger said, crediting Awn for building General Studies into what it is today.

Awn, who is stepping down as dean this academic year but will remain at the University as a faculty member, congratulated his “fellow graduates” for their varied accomplishments as nontraditional students, a label which Bollinger described as “something to treasure.”

“You embody in a spectacular way the mission and vision of GS and Columbia,” Awn said. “I hope you will stay with your Columbia family for many years to come.”

The keynote address, delivered by documentary filmmaker Julia Bacha, GS ’03, reminded students of the impact that their attention can have on shaping the world. 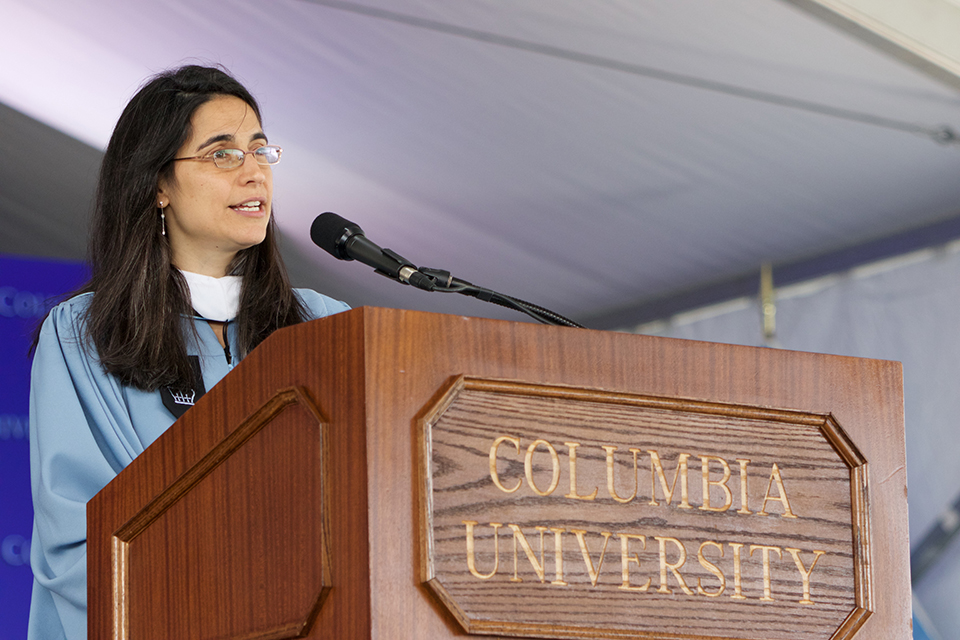 Bacha, who came to General Studies from Brazil with the goal of studying English for a year, graduated with a specialization in Middle Eastern history and went on to direct and produce several acclaimed documentaries focusing on nonviolent resistance and civil disobedience in the Israeli-Palestinian conflict.

“Choosing where to place one’s attention is one of the most political things a person can do today,” she said. “We pay too much attention to the world’s negative behaviors.”

“We’ve come to embrace tantrums as functional behavior,” she said, noting that a failure to pay attention to goodness and nonviolence undermines those behaviors as a means for change and instead reinforces a spiral of violence.

“The content which we pay attention to determines where we go, and it’s time we took responsibility for it,” Bacha said.

However, she noted that she was still optimistic that the narrative could be changed by emphasizing more positivity in the world.

“Remind yourself of the power that you all carry inherently inside of you and the responsibility that comes with it. Where you turn your attention every day has consequences for the world you live in,” she said. “We all carry the power to bring that forth. By changing the way we look at the world, we can change it.”

Later in the ceremony, Erin Giventer, a film studies major with a career as a professional dancer, was awarded the Alumni Key Award, while General Studies senior class president Franklin Forbes was named the recipient of the Campbell Award.

Valedictorian Colin Valentini, a former member of the United States Marine Corps and former illustrator and data analyst at Spectator, is the first valedictorian at General Studies who served in the military since just after World War II, according to Awn. Valentini is one of the 102 veterans graduating in the General Studies class this year.