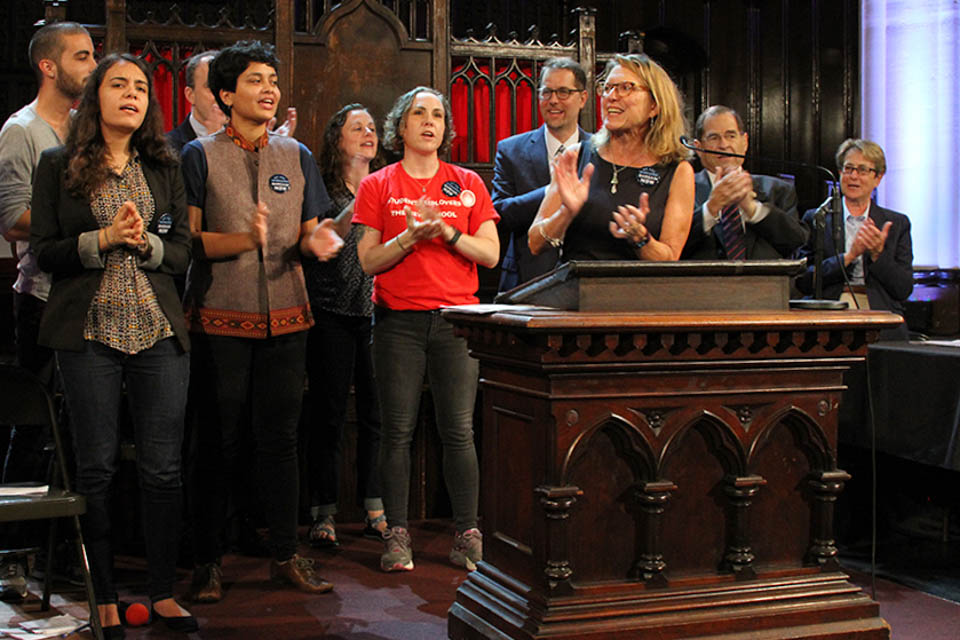 U.S. representatives and city council members expressed their support for Columbia’s graduate workers’ efforts to unionize at a community forum on Wednesday.

Graduate students voted 1,602 to 623 in favor of joining Graduate Workers of Columbia-United Auto Workers last year. A few weeks later, the University filed objections with the regional National Labor Relations Board, alleging improper conduct during voting and calling for another election. The University proceeded to appeal to the national NLRB in Washington, D.C., and is currently awaiting the board’s decision.

Nadler referred to the election as a “clear-cut majority,” reaffirming the legal right of graduate students to unionize following a landmark decision by the NLRBthat overturned a precedent that barred graduate workers from unionizing.“I find it shameful that we have to come here to protest the University’s simple refusal of obligations under the law,” Nadler said. “I urge the administration to reconsider and to allow students to unionize as their history, their tradition as a liberal arts institution mandates.”

“We want to make sure that your struggle is one that we are embracing,” Alvarez said. “For the leadership of this institution to turn around now and say, ‘We’re going to not respect the most basic fundamental right of each of these workers here on campus’ is outrageous.”

Glick said that the University’s objections were hypocritical, referencing ideals of intellectual discussion and democracy.

“It is clear to me that Columbia, in this instance, has lost sight to the tenets of fair play and open debate and honest communication,” Glick said. “They cannot build their empire on the backs of student workers. They cannot be allowed to ignore the will of the teaching and research assistants.”

Though it’s unclear when the national NLRB will make its ruling on the case, graduate students will continue their fight for unionization, now bolstered by the support of some legislators.

“If Columbia truly cares about research, it will stop delaying and recognize our vote, and enhance, not hinder, our work,” M.D./Ph.D. candidate Justin Steinfeld said.