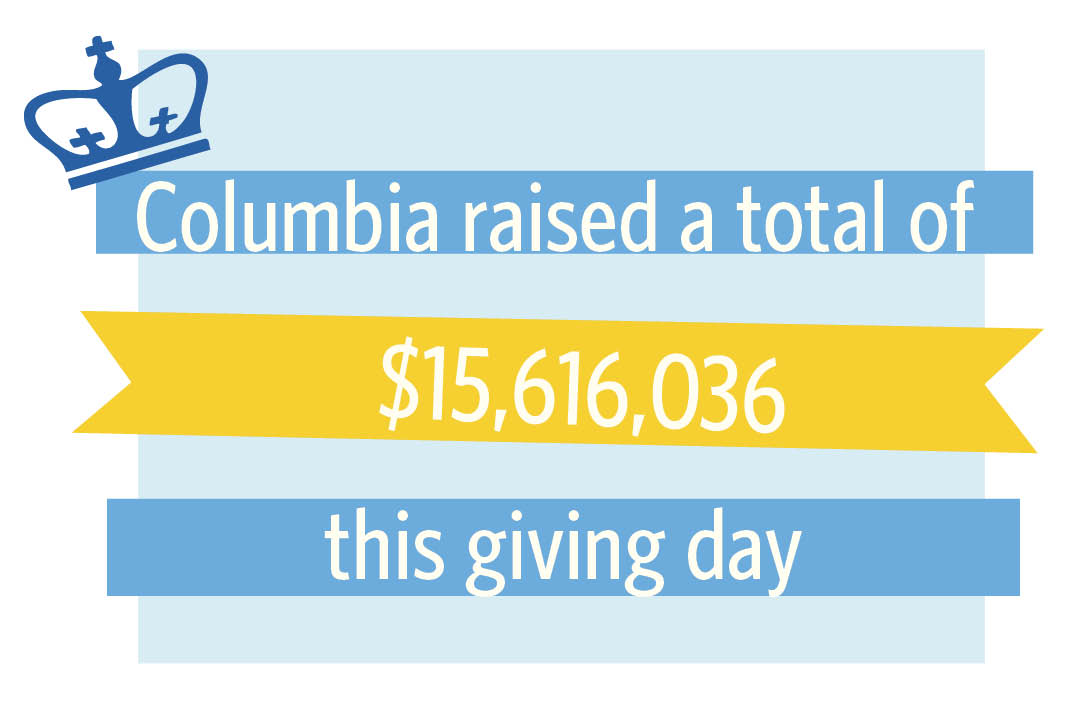 Columbia’s sixth annual Giving Day pulled in a record total of over $15.6 million as of 1:30 a.m. on Thursday, surpassing last year’s total by almost a million dollars.

Columbia Giving Day is an annual 24-hour social media push to attract donations from alumni, parents, and current students, amassing a total of 15,088 gifts this year across schools, programs, and initiatives. Columbia College, Columbia Athletics, and Columbia Business School received the most donations, with $4.1 million, $3.2 million, and $1.6 million given, respectively.

Messaging both on the Giving Day website and in materials sent to members of the University community focused on making a “real impact” not just at the University, but also on a global scale. This falls in line with the Columbia Commitment, the University’s ongoing capital campaign, which officially launched last spring.

Beyond the different schools and initiatives centered on campus, the Columbia Giving Day website also prompted donors to find a cause to support, with options ranging from fighting climate change to intervening in gang violence.

However, Giving Day materials still emphasized the importance of donating money to support students and faculty, highlighting programs and initiatives across the University. Videos were posted on the event’s main website and Facebook page of students describing their experiences researching with professors, playing on sports teams, and participating in student groups.