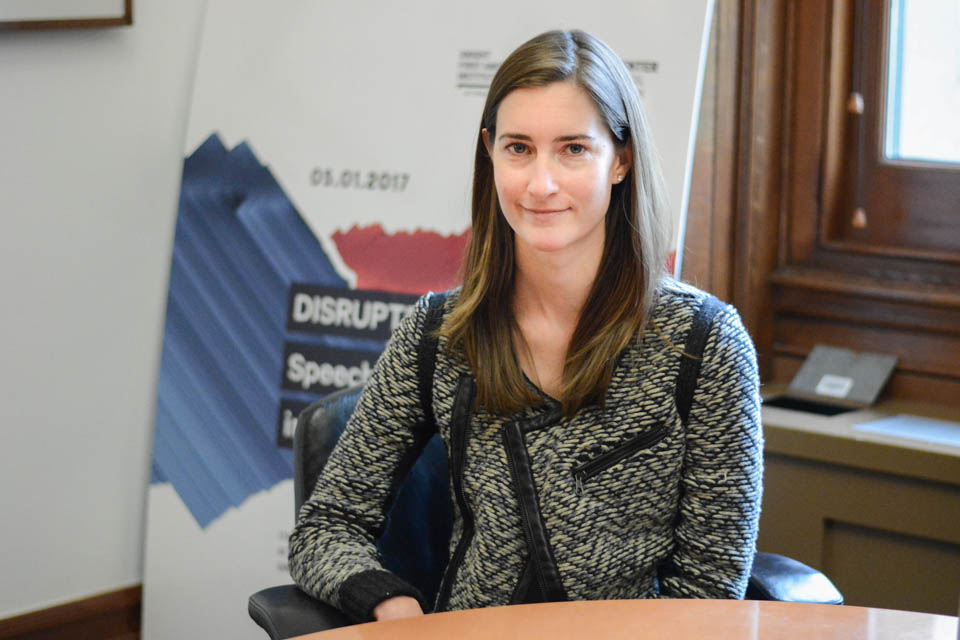 Carrie DeCell is a staff attorney at the Knight Institute.

The Knight Institute is an organization dedicated to exploring and defending First Amendment issues, often involving technology, that have little legal precedent. Columbia and the Knight Foundation established the institute last year with an endowment of $60 million.

The institute has sued the federal government several times over the past year, frequently on issues of government transparency. Most recently the institute represented several Trump critics who were blocked by the president on Twitter, an action they said violated the First Amendment.

The Knight Institute is now suing the government to release documents on how it is using immigrants’ social media as a factor in whether they are admitted to the country. When Trump implemented an “extreme vetting” process, the federal government began asking for the social media handles of potential immigrants on several visa forms.

Carrie DeCell, a staff attorney at the Knight Institute, said the institute’s lawsuit is an effort to better understand how the government is using the social media content of potential immigrants. Depending on the extent of the government’s searches, DeCell said the government’s actions will harm open discussions in the United States by chilling speech from people with perspectives that the government doesn’t like.

“We don’t know exactly what they are looking for when they do search people’s social media accounts,” DeCell said. “Getting a scope of how broad the government’s inquiry is will give us an idea of whether they’re targeting people based on political beliefs, religious beliefs, and other things that we, in an open and free society, would be concerned that the government is trying to keep out of the country.”

But in addition to hindering speech made by potential immigrants, U.S. citizens who engage with foreign citizens online could be indirectly monitored by the government. DeCell said that this kind of monitoring threatens everyone in the United States, especially communities such as Columbia that encompass a variety of voices and perspectives.

“We think that government monitoring of people’s speech online, in addition to their thoughts and beliefs expressed elsewhere, threatens the core of our democracy,” DeCell said.