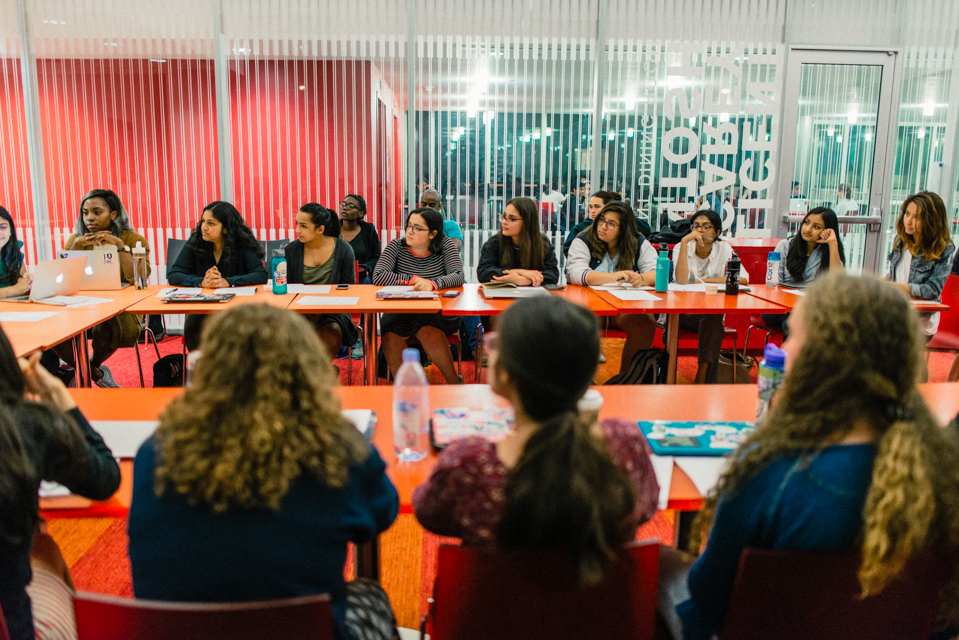 Survey questions asked students to assess student employment at Barnard, the experience of marginalized students, and campus sustainability, among other issues.

Barnard’s Student Government Association released the results of its annual Desserts After Dark survey at its Monday meeting, which found that some respondents of marginalized identities do not consider their professors to be inclusive in the classroom.

Desserts after Dark is an optional survey conducted by SGA’s campus life committee every semester. The topics the survey covers are determined by members of SGA and the results are used to gain information about student life on campus. This semester only 601 students participated compared to 780 last fall.

Survey questions asked students to assess student employment at Barnard, the experience of marginalized students, and campus sustainability, among other issues.

Respondents were also asked several questions assessing the quality of Barnard’s Office of Career Development. One question asked, “How effective is Barnard’s Career Development Center in providing mock interview prep for students looking to go into STEM?” Less than 4 percent said this prep was effective or very effective, while 4.5 percent said it was somewhat effective and 8.6 percent said it was not effective. The remaining students either were not pursuing a career in a STEM field or had yet to use the office.

Of the students surveyed, a majority work or have worked for the college, with almost 40 percent currently employed and almost 13 percent previously employed. The survey found that 26 percent of respondents strongly agree and 28 percent somewhat agree that there needs to be more conversation regarding student worker’s rights.

Representative for Campus Affairs Mia Lindheimer, BC ’19, said having a discussion of student worker rights is important, but difficult, because not every student position at Barnard is comparable. Lindheimer used the example of Barnard Residential Assistants, who are employees of the college, but may face different job expectations and disciplinary procedures than students in other campus jobs.

Representative for Sustainable Initiatives Sylvie Rosen, BC ’19, raised concern over the 10.9 percent of students who responded “not at all” to the question, “If Barnard provided reusable take out boxes, similar to the ones offered at Columbia University, how likely would you use them?”

Council members also discussed the idea of having a “newsflush,” in which clubs can make announcements and promote events on sheets printed and dispersed by members of SGA to all toilet stalls on campus.