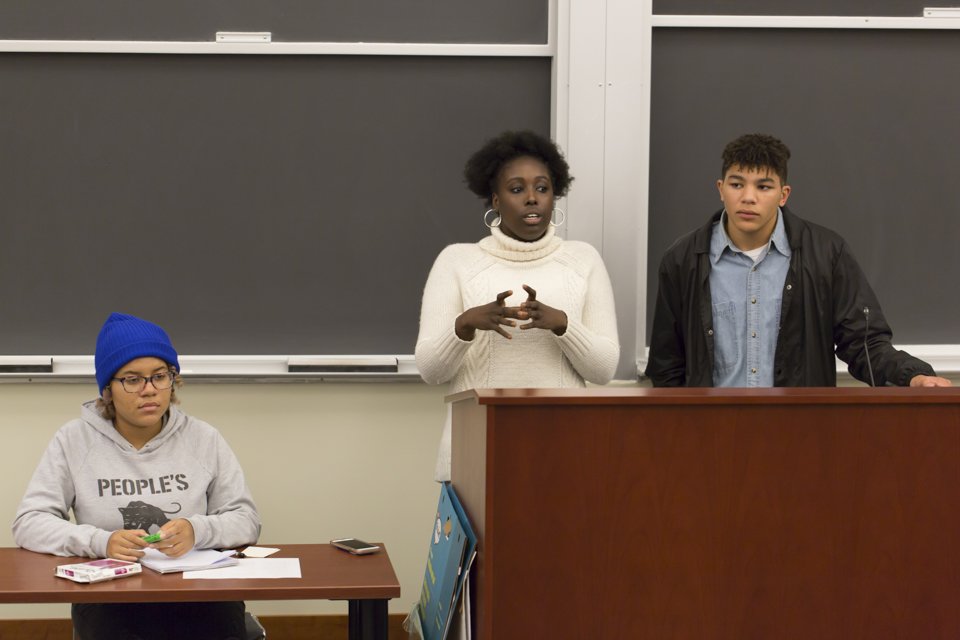 Organizers from an array of campus activist groups have recently come together to form the Liberation Coalition, which held its first public forum Monday.

CU Dems has regularly been absent from such coalitions of activist groups. While the most recent iteration of a progressive coalition is the Liberation Coalition, that includes leadership from activist groups and Harlem community leaders and makes countering white supremacy on campus its mission, other coalitions—including the Barnard Columbia Solidarity Network—have formed in recent years to make demands of administrators.

A primary divisive issue is CU Dems’ relationship with pro-Israel groups, which conflicts with groups such as Columbia University Apartheid Divest that frequently align themselves with activist coalitions. Last month, CU Dems co-sponsored an event hosting Congressman Adriano Espaillat, which was part of Israel Week at Columbia hosted Aryeh: Columbia Students Association for Israel. While Dems has no official position on Israel, some activists point to the recent partnership with Aryeh as a reason not to work with the group.

“The official Democratic platform is pro-Israel and they’ve continued to hold events with groups like Aryeh and promote Zionist speakers on campus. And that’s not a good or a bad thing, it’s just a fundamental incompatibility,” said SWS and CDCJ organizer Sofia Petros, CC ’19.

Tensions between CU Dems and many activist groups played out publicly last week after CU Dems published an op-ed which argued against disruptive protest of white supremacist speakers. Many activists criticized that it failed to properly acknowledge the influence of white supremacy. UndoCU accused CU Dems of inadvertently supporting white supremacy with the group’s op-ed, and called them a "total embarrassment.” Members of UndoCU declined to comment for this story.

According to President of CU Dems Shrayan Shetty, CC ’19, although CU Dems accepts a broad range of perspectives, its focus is on supporting the Democratic Party nationally rather than focusing on concerns regarding students on campus.

“At least from my perspective, I’ve never felt like there’s a real difference in ideology. For us, as a part of a political party and political organization, our goals are very much elections-based,” Shetty said.

“In my experience with SWS and CDCJ, there has been little to no collaboration between Dems and our organizing efforts,” said Inga Manticas, CC ’20.

Members from activist groups feel that they differ greatly from CU Dems in views, specifically in how their own solutions are more extreme than those of Dems. They consider themselves progressive, while in contrast labeling the Democratic Party, and by extension CU Dems, as liberal or neoliberal.

“Student-Worker Solidarity is committed to a radical transformation of society and to a vision of a world free of exploitation and oppression. The Democratic Party is not, to say the least,” said SWS organizer and Spectator columnist Meghan Brophy, BC ’20.

Though there is a difference in execution, Shetty believes that CU Dems and activists are ultimately united by their goal to pursue progressive goals.

“We do our best to support them whenever we can, we definitely work to support these groups as much as possible, because at the end of the day we believe in their goals,” Shetty said.