Barnard announces next steps to divest from climate science deniers

Barnard announces next steps to divest from climate science deniers 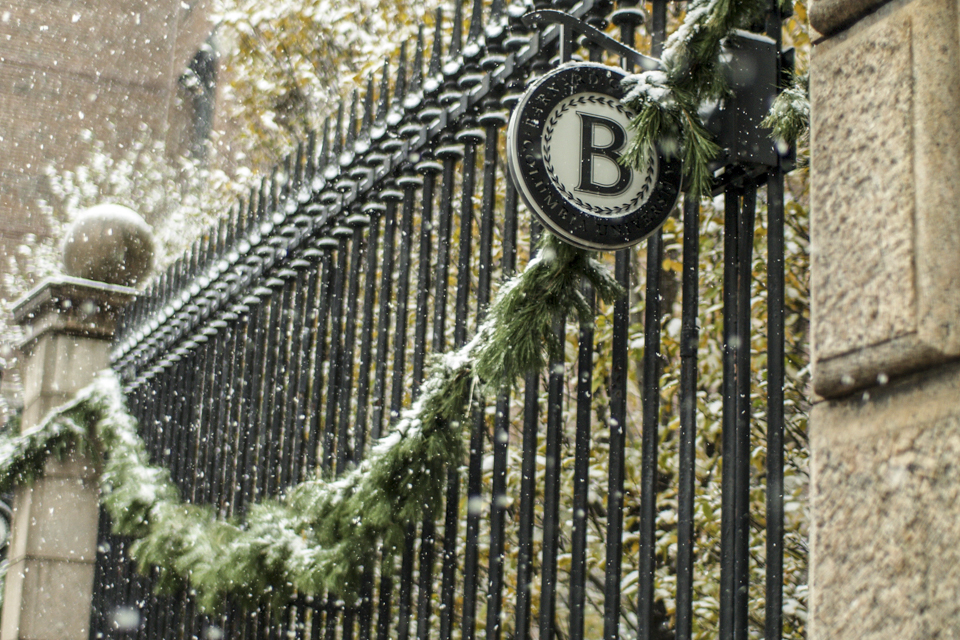 Fossil Free Indexes will work with Barnard to refine the college’s assessment criteria for divestment.

As a part of its ongoing divestment initiative, Barnard College will partner with Fossil Free Indexes to determine which companies the college should divest from, Chief Operating Officer Robert Goldberg announced in an email on Tuesday.

The partnership follows the board of trustees vote last March to accept the Presidential Task Force to Examine Divestment’s recommendation to divest from companies that deny climate change, as well as those that mine coal and tar sands. The vote coincided with former President Debora Spar’s last day at Barnard, and was a project she prioritized during her last few months at the college.

The task force was formed more than a year after the student activist group Divest Barnard made demands for the college to divest from fossil fuels. Composed of students, faculty, and administrators, the task force began meeting in February 2016 to evaluate possible financial and economic paths towards divestment, publishing their findings and recommendations in December of the same year.

Fossil Free Indexes, a research company that provides investment strategies to mitigate the negative effects of climate change, will work with Barnard to refine the college’s assessment criteria for divestment. FFI will analyze a subset of companies from their Carbon Underground 200, which lists the top coal, oil, and gas reserve holders worldwide, and develop a set of action steps that will allow for more informed divestment.

According to Goldberg, this climate action list will be made publicly available in the spring of 2018.

Following the decision to divest, the college assembled a working group, led by students, faculty, and trustees, to conduct research and develop “clear and rigorous” criteria to evaluate companies’ actions and attitudes towards climate change.

In September, Barnard replaced its investment manager, Investure, LLC, with another firm, Strategic Investment Group, in order to proceed with its divestment plan.

Once reviewed and refined by FFI, this set of criteria will be central to informing those who handle Barnard’s endowment, Goldberg said in his email.

“The criteria will help evaluate whether a company acts in accordance with Barnard’s values as an academic institution,” he said. “[They] may be adjusted over time as new information and data sources come to light, but in their current form they make our values clear to investors asked to manage our endowment.”

The full email can be found below:

Dear Members of the Barnard Community,

As I believe you know, Barnard has been engaged in thinking creatively and responsively about the challenge of protecting our environment. This past March, with input from the Barnard community, our Board of Trustees voted unanimously to divest our endowment that dispute evidence of climate science or otherwise seek to thwart efforts to mitigate the impact of climate change. In so doing, Barnard was the first institution of higher education to pursue this innovative divestment approach consistent with its mission as an academic institution supporting the open exchange of scientific information, the free flow of information and transparency.

In the months since, we have been fully engaged in putting this decision to work. A divestment working group of students, faculty, and trustees has been convening with the goal of developing clear and rigorous criteria to evaluate companies’ statements, actions, and attitudes towards climate science and climate change. The group has outlined six criteria that the College, and other organizations, can use to judge a company’s attitudes and behaviors with respect to these issues.

The criteria will help evaluate whether a company acts in accordance with Barnard’s values as an academic institution—emphasizing the free flow of ideas, developing rigorous and credible evidence, and the importance of transparency—in supporting science and the science of climate change. The criteria that follow may be adjusted over time as new information and data sources come to light, but in their current form they make our values clear to investors asked to manage our endowment.

• What is the company’s position on climate change?

• What action is the company taking to reduce its carbon footprint?

• Is climate science integral to the governance and oversight of the company?

• What are the company’s affiliations with third parties that spread disinformation on climate science?

• Does the company publicly support the need for climate policies and regulations?

• Has the company been publicly transparent about their position, actions and affiliations with regard to climate science and climate change??

As for next steps, College will work with Fossil Free Indexes (FFI), creators of The Carbon Underground 200 (CU200) list, to help refine its criteria, evaluate a subset of companies from their CU200 list, and develop a climate action list that can be used by Barnard and other organizations to make informed investment decisions. The climate action list will be publicly available in the spring of 2018.

I would like to thank the working group for their hard work since the divestment decision was made last March, and I look forward to continuing our work and sharing future findings with the community.

For more information on the criteria and the forthcoming climate action list to visit the Divestment section of the website (https://barnard.edu/vision-values/divestment).